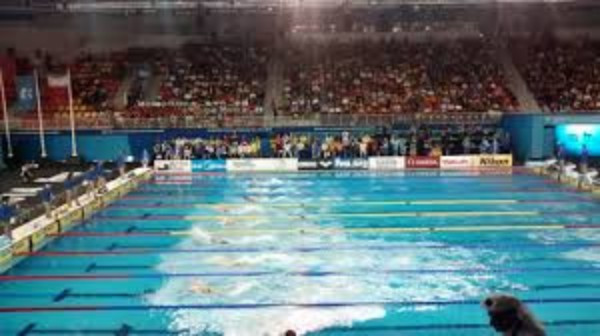 Three members of the International Swimming Federation (FINA) Doping Control Review Board, including the chairman Andrew Pipe, have reportedly resigned in protest at how the organisation has dealt with the Russian doping crisis.

A letter, obtained and published by Irish broadcaster RTE, was sent to FINA President Julio Maglione on Thursday (September 1) complaining that their advice on how to deal with Russian eligibility for Rio 2016 had been ignored.

It is claimed that the Board unanimously recommended strict criteria for allowing Russian participation, which was then sidelined by the FINA leadership in favour of a less draconian approach.

The resignations have reportedly been led by Pipe, the former President of Commonwealth Games Canada.

The names of the other two have not been published but insidethegames believes they are Susan White, the former chief medical officer for Swimming Australia, and Larry Bowers, the chief science officer of the United States Anti-Doping Agency.

"Despite the anti-doping expertise of the individuals who make up the DCRB, FINA chose to ignore our advice," the letter sent to Maglione reportedly said.

"We learned of FINA's decisions regarding the eligibility of Russian competitors only by observing the Olympic competition.

"We were disappointed to note that our recommendations were not followed - and even more disappointed to receive no specific response to a subsequent written request for information regarding the reasons for FINA's decision."

Russia was accused of replacing positive samples with clean ones at events including the 2014 Winter Olympic Games in Sochi and Paralympics and last year's World Aquatics Championships in Kazan.

There were calls for blanket ban from WADA and other bodies, but the International Olympic Committee (IOC) handed responsibility to individual International Federations to draw-up criteria for participation.

RTE reported that the suggested eligibility criteria laid out by the FINA Doping Control Review Board were similar to those adopted by the International Rowing Federation, namely that eligible Russians must have passed tests administered by "credible" anti-doping agencies.

But only seven of the 37-member Russian swimming squad were rejected - due to having suffered previous failures or being named in the McLaren Report - and all seven ultimately competed following successful appeals to the Court of Arbitration for Sport.

This included four-time world champion Yuliya Efimova, who had twice failed drugs tests in her career, but was allowed to compete at Rio 2016 and won silver medals in the 100 and 200 metres breaststroke.

Swimmers from several countries complained about her being allowed to compete.

insidethegames has been told by a FINA official that concerns have emerged throughout the world governing body over how they have responded to the crisis.

This particularly relates to the lack of communication and coordination between members, with the Doping Control Review Board reportedly not told of the strategy the FINA leadership had adopted until after it had been published.

All members of the Board are thought to be frustrated, although the other five members are believed to have chosen to continue the reforming process rather than resign.