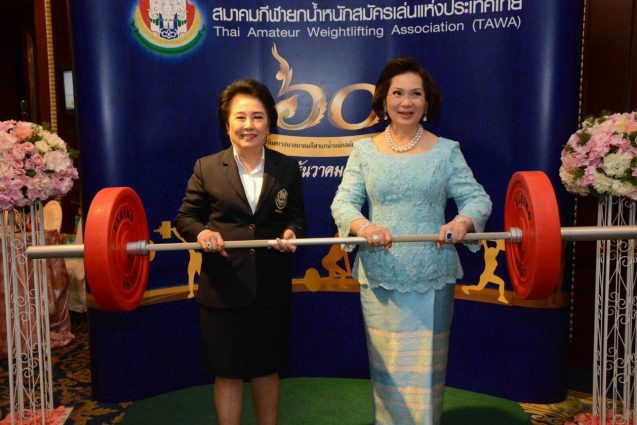 A gala was hosted at the Sovereign Hotel in Bangkok to mark the occasion.

She praised TAWA for their work promoting and developing Olympic values among athletes and encouraged youngsters to aim for regional and international events.

The pair are said to have introduced a "new age" in Thai weightlifting.

The country finished second on the medal table at last year's World Championships in Ashgabat, finishing behind only China in the Turkmenistan capital with nine gold medals, two silver and six bronze.

However, two doping positives for weightlifters from Thailand were announced last month which could have far-reaching consequences for the nation due to host the International Weightlifting Federation (IWF) World Championships next September in Pattaya.

Under the IWF's new anti-doping policy, any nation with three or more positives within a calendar year is liable to a range of punishments including a suspension "for a period of up to four years".

Thailand has had three positives announced by the IWF in seven months, all since the new anti-doping policy came into effect.

They could also lose Olympic quota places for Tokyo 2020.