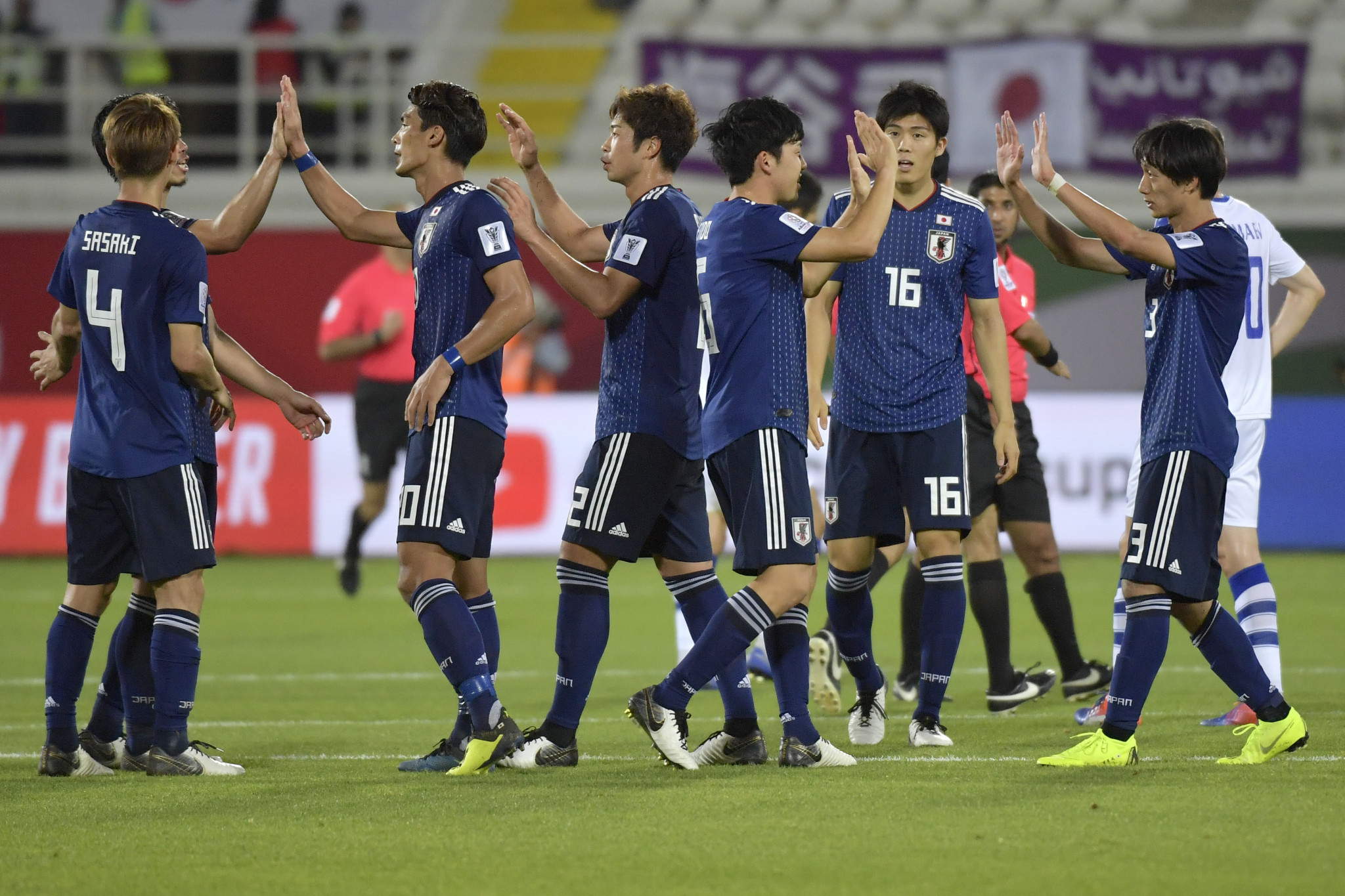 Group stage action ended today at the Asian Football Confederation Asian Cup in the United Arab Emirates as the teams in Groups F and E played out their final games.

It means all 16 teams to advance to the knock-out rounds have now been confirmed, with Japan, Uzbekistan and Oman going through from Group F, while Saudi Arabia and Qatar were the beneficial teams in Group E.

With Group F's matches going ahead first, Japan beat Uzbekistan 2-1 at the Khalifa bin Zayed Stadium to win the group, while a 3-1 win for Oman against Turkmenistan at the Mohammed Bin Zayed Stadium saw them advance as one of the best third place finishers.

Uzbekistan go through in second despite their loss, while Turkmenistan are now out after finishing on zero points.

Four-time champions Japan, the most successful team in the competition's history, came from a goal down against Uzbekistan to win the group.

Eldor Shomurodov had put the Uzbeks 1-0 up, which would have seen them win the group had it stayed that way.

That lead only lasted three minutes, however, as Yoshinori Muto drew things level with a header just before half time.

Despite going behind initially Japan were largely the better side and they stepped up the tempo in the second half.

They took the lead around the hour mark when a left footed strike from distance by Tsukasa Shiotani curled away from Ignatiy Nesterov in the Uzbek goal.

With Uzbekistan unable to find a reply, Shoitani's goal ensured Japan finished top of the group on nine points, while Uzbekistan have to settle for second and will now face defending champions Australia in the next round.

In Group F's other game, Oman knew that only a win by at least two goals would definitely see them through as a third-place qualifier.

As the match entered added time with the score at 2-1 it looked as if they would just miss out, until Mohammed Al-Musallami stepped up and headed home the crucial goal in the 93rd minute to seal their round-of-16 place.

The extra goal means that, with three points and a goal difference of zero, they join Bahrain, Kyrgyzstan and Vietnam as the qualified third placed teams.

Oman's other two goals came from Ahmed Al Mahaijri and Muhsen Al Ghassani, while Turkmenistan's was scored by Altymyrat Annadurdyyev.

Later in Group E, Qatar beat Saudi Arabia 2-0 to win the group and will now face Iraq in the next round, who finished second in Group D.

In a match at the Zayed Sports City Stadium Almoez Ali's first half goal four minutes after Hasan Al Haydos missed a penalty put Qatar 1-0 up.

The result was then sealed with 10 minutes to go when Ali found a second.

In the group's other game Lebanon beat North Korea 3-1 to gain their first points of the tournament, but they still crash out due to their goal difference of minus two not being good enough for a third-place spot.

North Korea finished bottom of the group with zero points and a goal difference of minus-12.