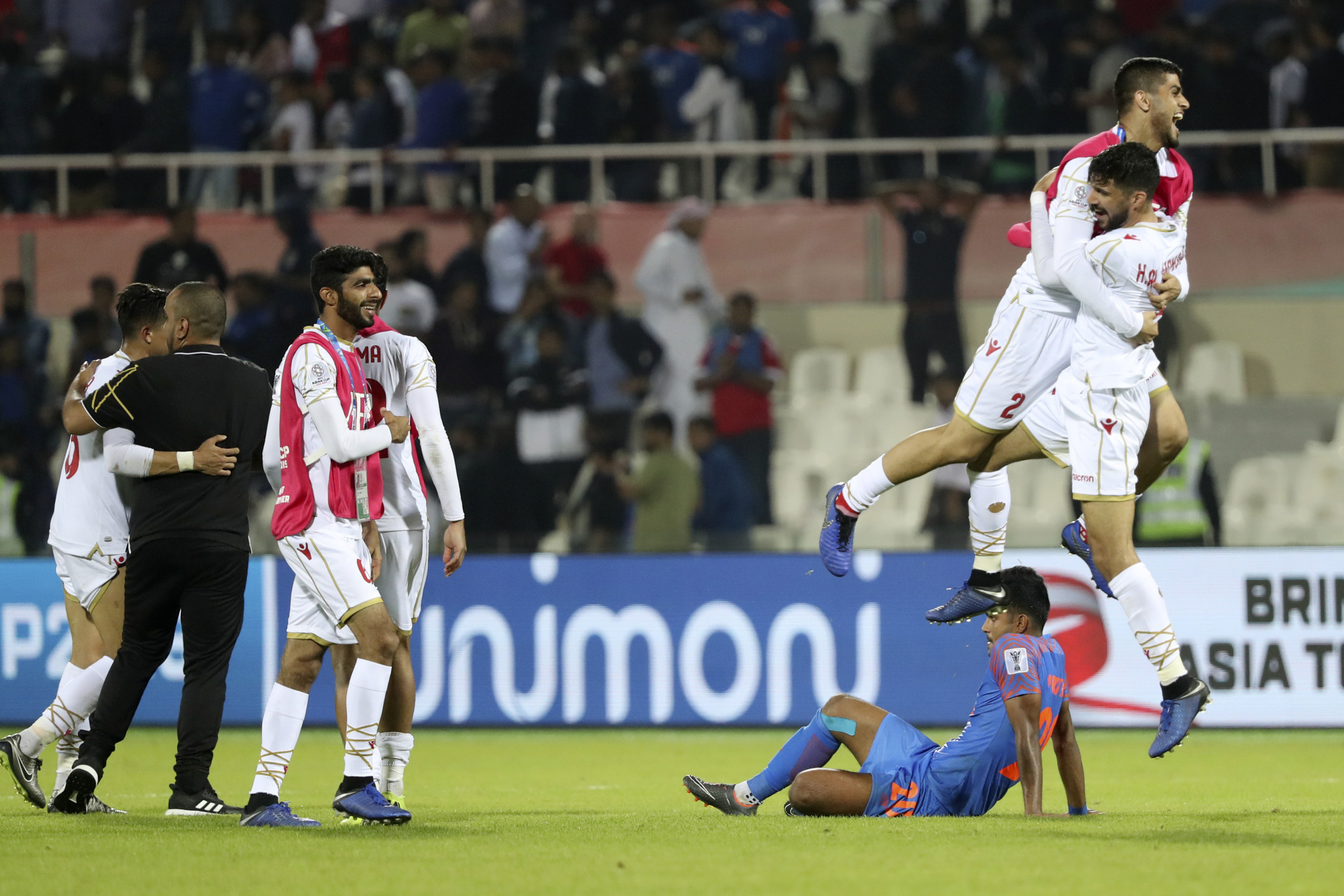 India have been knocked out of the Asian Football Confederation Asian Cup in dramatic fashion after their opponents Bahrain were awarded a penalty in the 91st minute of their final group game.

At the tournament in the United Arab Emirates India entered the final round of games in Group A sat in second place on three points, meaning just a draw would have been enough to see them into the round-of-16.

Bahrain were the stronger team throughout the match at the Sharjah Stadium, however, enjoying 60 per cent of the ball and the vast majority of the chances.

They failed to take any and the 90 minutes ticked away with the score still 0-0.

Had it stayed that way India would have gone through and Bahrain would have been knocked out, finishing bottom of the group on two points.

In a dramatic end to the match, the Gulf side were awarded a penalty one minute into added time when it was deemed that Hamed Alshamsan had been fouled in the box.

Jamal Rashed stepped up knowing a goal would see his side through, and despite the pressure he promptly took his chance, firing the ball into the centre of the goal to send India home.

The result sees them finish bottom of the group on three points.

In the day’s other game, which took place simultaneously at the Hazza Bin Zayed Stadium, hosts the UAE drew 1-1 with Thailand, which was enough to see both teams through in first and third place respectively.

The UAE opened the scoring through their number seven Ali Ahmed Mabkhout after just seven minutes.

He was able to tuck the ball home from close range after Ismail Al Hamadi's effort from just outside the six-yard box rebounded off the bar.

The 1996 runners-up had several further chances in the first half but were unable to take them, and they were punished for it after 41 minutes when, against the run of play, Thitipan Puangchan was able to equalise from close range.

In the second half the UAE continued to have more of the ball but chances were less forthcoming.

Mabkhout forced a save just a minute after the break but following that the hosts did not have another shot until the 74th minute and that from Ahmed Khali flew off target.

Thanks to their late winner against India, Bahrain finished level on points with Thailand on four, taking second place with a goal difference of zero, two better than Thailand's.

Action in Group B will come to an end tomorrow, as defending champions Australia face Syria and Jordan play Palestine.

Jordan's place in the next round is already confirmed after winning both of their first two games, while Australia will almost certainly join them as they currently sit second in the group on three points.

The defending champions will only crash out if they lose to Syria and Palestine beat Jordan.

Four best-ranked third place teams are joining the top two from each group in the last 16.