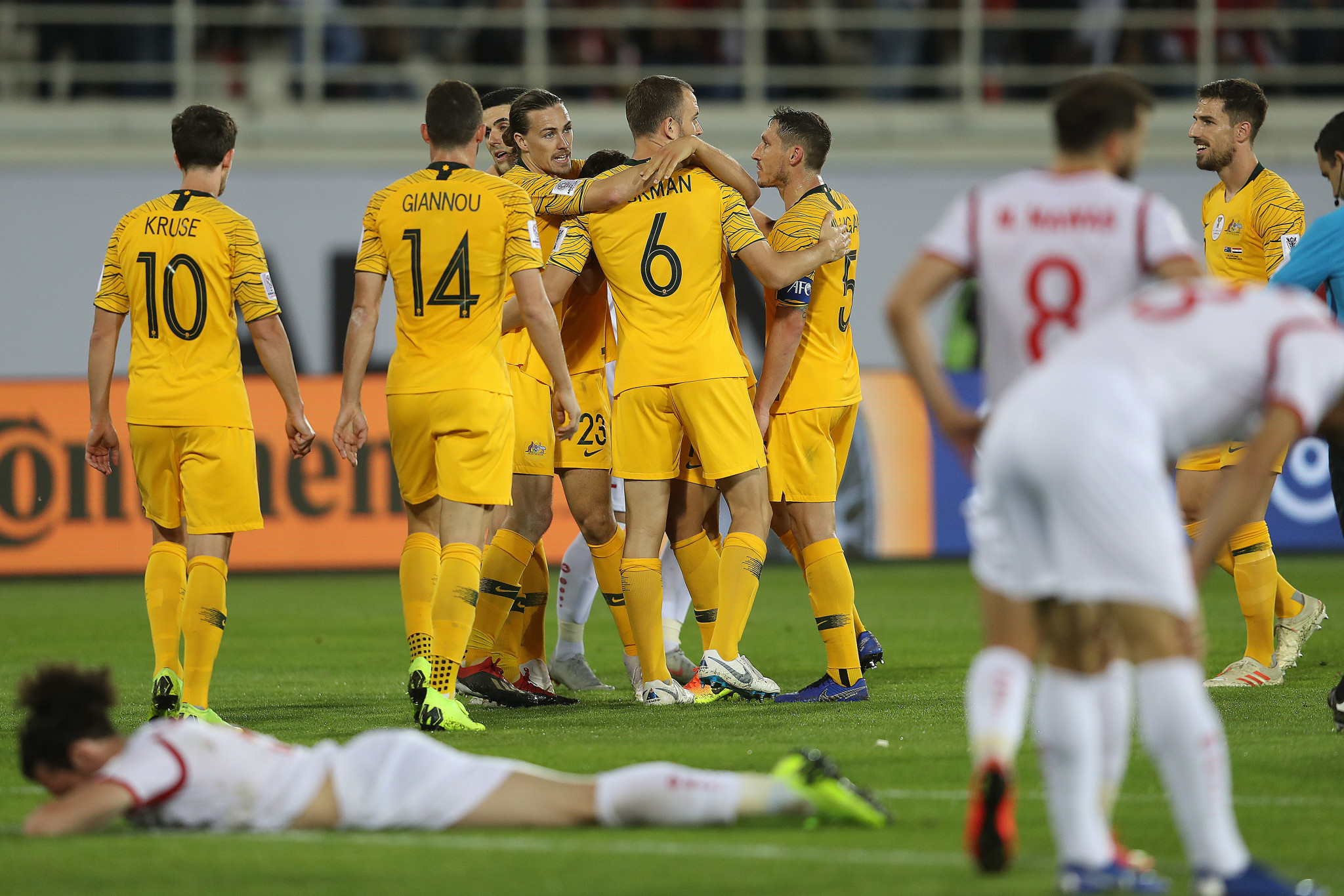 Tom Rogic fired home an injury-time winner as Asian Cup holders Australia progressed to the knock-out round with a 3-2 victory over Syria in the United Arab Emirates.

Rogic's stunning strike from 25 yards sent Australia through in second place from Group B and eliminated a Syrian team which had pushed the defending champions all the way at the Khalifa bin Zayed Stadium in Al Ain.

Omar Al Soma then converted from the penalty spot after Chris Ikonomidis had restored Australia's lead nine minutes into the second half.

It looked as though Syria would earn a point which would have kept their slim hopes of reaching the knock-out phase alive until Rogic found the net from distance.

Australia finished second on six points, while Jordan topped the group following a 0-0 draw with Palestine at the Mohammed Bin Zayed Stadium in Abu Dhabi.

Jordan, quarter-finalists in 2004 and 2011, will now face the third-placed team from either Group C, D or E for a place in the quarter-finals.

The stalemate with Jordan saw Palestine pick up their second point of the tournament and they remain in contention to qualify for the next round as one of the four best third-placed teams.

The tournament continues tomorrow when Group C reaches its conclusion.

South Korea and China, both of whom have already secured their spot in the knock-out round, clash at the Al Nahyan Stadium in Abu Dhabi, while Kyrgyzstan take on The Philippines at the Rashid Stadium in Dubai.