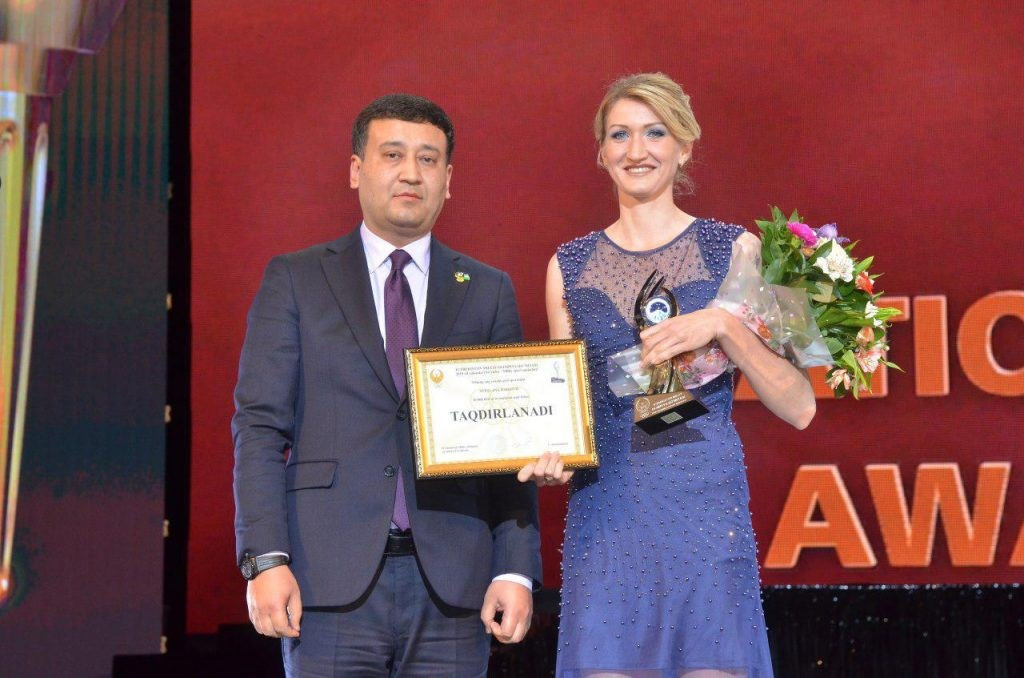 The Uzbekistan National Olympic Committee held an annual awards ceremony for the first time to recognise performance in 2018.

Radzivil, who won gold in Jakarta to claim her third Asian Games title in a row, was named Female Athlete of the Year.

The male award went to Bekzod Abdurakhmanov who also won Asian Games gold in the 74 kilograms freestyle wrestling division to defend his title.

Legendary gymnast Oksana Chusuovitina - who has competed in seven Olympic Games - was awarded for "the promotion of domestic sport in international arenas".

The country's under-23 men's football side won Team of the Year for winning the 2018 Under-23 Asian Football Championships.

The ceremony, which was the first of its kind in Uzbekistan, was held at the Palace of International Forums in the country's capital Tashkent.

All the winners received money, as well as a certificate and small trophy.

Other awards included Discovery of the Year, which was claimed by Akbar Juraev who won 102kg world weightlifting gold in the snatch division.

Coach of the Year went to the head of Uzbekistan's boxing team, Marat Kurbonov.