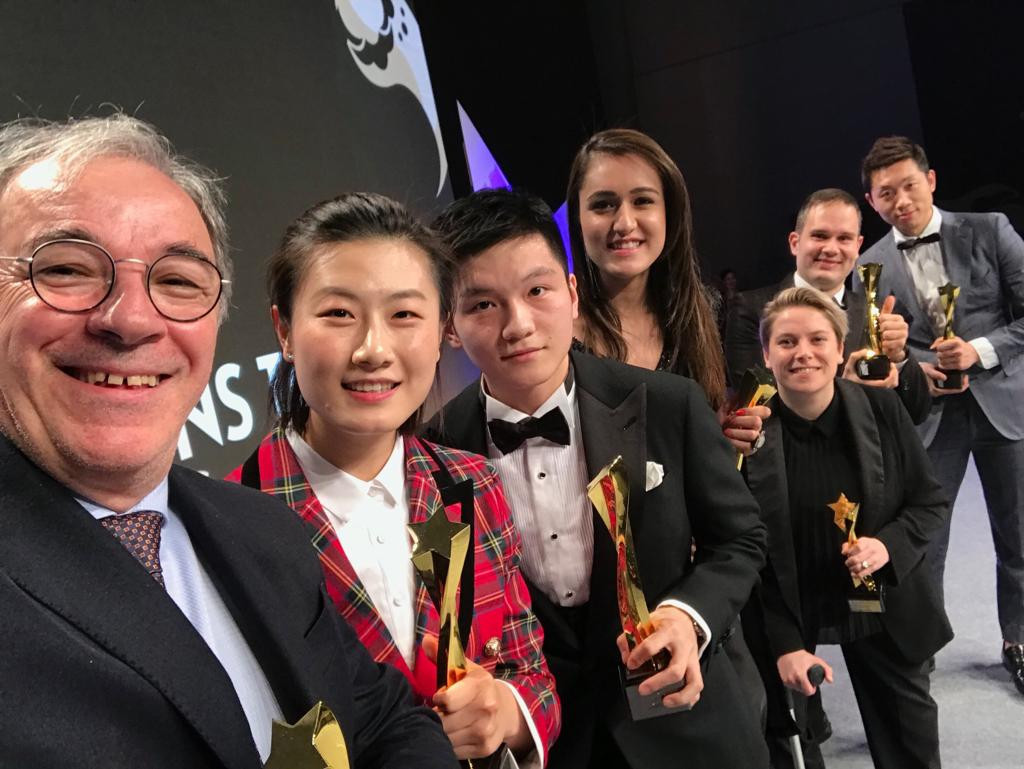 The International Table Tennis Federation (ITTF) has held its 2018 Star Awards ceremony ahead of the season ending World Tour Grand Finals in Incheon in South Korea.

Prizes were given out in categories including male and female star, Para star, breakthrough star and star coach, with them all presented at the Grand Hyatt Hotel.

Ding Ning won the women’s star award for the fourth time in five years, having helped China to gold medals at the Team World Cup and World Team Championships, while she also won individual titles at the Bulgaria Open and Women’s World Cup.

The men’s award meanwhile went to Fan Zhendong, winner of three titles this year on the World Tour, as well as the World Cup.

He has also held the world number one spot since April.

The ceremony was held just prior to the World Tour Grand Finals, due tostart in the same city tomorrow.

Ahead of the tournament it has been announced a unified Korean team will take part in the mixed doubles draw.

Jang Woo-jin from the South and Cha Hyo-sim from the North, who won the Korea Open together in July will feature as part of the eight strong line up.

They are scheduled to play their first match, in the quarter-finals, tomorrow against Japan’s pair of Maharu Yoshimura and Kasumi Ishikawa.

Elsewhere, in the men’s singles even the ITTF themselves have said if you want to win, "you either need to be Chinese or beat the Chinese", but this year the rest of the world might have more of a chance.

That is because China’s five-time champion Ma Long has withdrawn injured.

The 30-year-old has been replaced in the line up by Japan’s Yuya Oshima, who joins his compatriots Tomokazu Harimoto, Jun Mizutani and Koki niwa in the quest for the title.

Germany’s Timo Bell is another looking to disrupt China’s dominance in the event.

In the women’s singles, three teenagers are in with a chance of victory.

Japan’s Mima Ito and Miu Hirano, plus China’s Sun Yingsha, all feature in the draw at the age of 18.

The one and only teenager to have triumphed in the women’s singles at the Grand Finals before is China's Guo Yue, the winner in 2004 aged just 16.

The tournament is due to last until Sunday (December 16) and is being played at the Namdong Gymnasium.