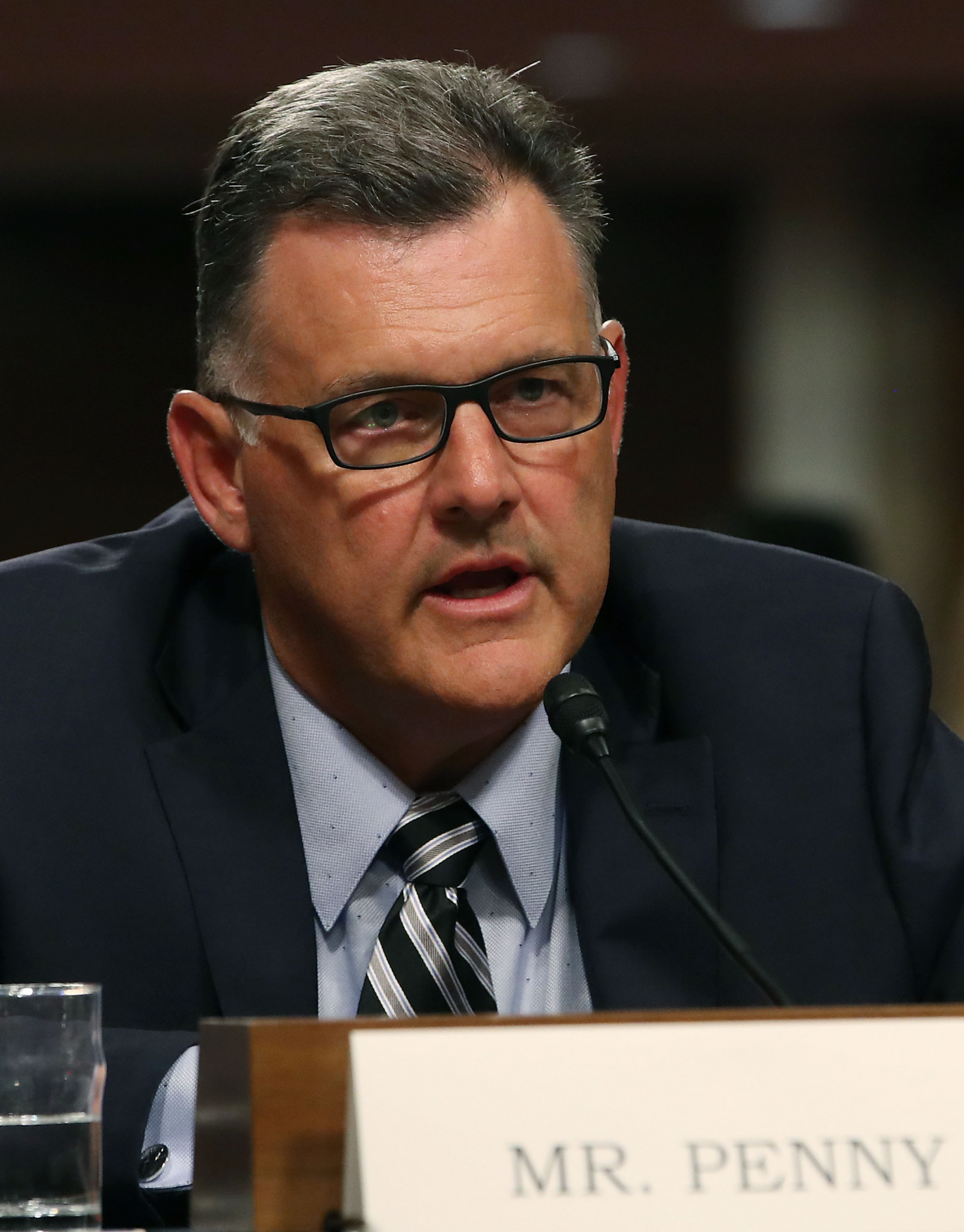 Former USA Gymnastics President and chief executive Steve Penny has been arrested and accused of interfering with evidence relating to the Larry Nassar sexual abuse scandal.

Penny allegedly removed documents from a training centre during the investigation into the disgraced former team doctor.

According to an indictment against him, he did this with "the purpose of impairing the ongoing investigation by destroying or hiding the documents".

The files, allegedly taken from Karolyi Ranch in Texas, are yet to be recovered.

Penny reportedly faces between two and 10 years in prison if found guilty.

The New York Times also reported that Penny contacted the FBI in a bid to "protect the image" of USA Gymnastics as the scandal unfolded.

It was also claimed by the newspaper that he told an FBI agent about a security job at the United States Olympic Committee (USOC).

Penny's lawyer Edith Matthai said that her client wanted the FBI's help to "counter claims" that USA Gymnastics had not reported the allegations of Nassar's victims to them.

She said that no offer of a job had been made to an agent.

Matthai said that Penny was arrested while on holiday in Tennessee and did not know there was an indictment against him in Texas.

"If Mr Penny had any idea he was sought in Texas this would have been appropriately handled through counsel without terrifying his family," she said to CNN.

Penny's arrest is the latest twist in a scandal which has rocked American sport, with USA Gymnastics and the USOC both facing questions about whether they could have prevented the attacks.

Dozens of women have reported abuse at the hands of Nassar, including Olympic athletes.

She was immediately embroiled in controversy after a tweet of hers from September, when she blacked out the Nike logo on a pair of trainers in protest at the sport giant's partnership with American football player Colin Kaepernick, emerged.

Kaepernick sparked a national debate in 2016 for repeatedly kneeling during the national anthem before games, an act he said was to draw attention to institutionalised racism against African Americans.

Former head Kerry Perry also resigned after just nine months amid criticism of her handling of the Nassar case.

Last month, Mary Lee Tracy was appointed as elite development coordinator for the women's programme but soon left after claims she had "supported Larry Nassar and victim-shamed survivors".