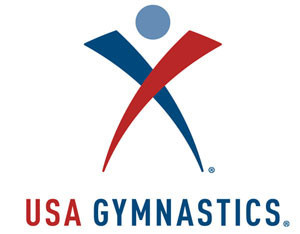 USA Gymnastics has claimed it is seeking answers to questions sent to the United States Olympic Committee (USOC) as board of directors chair Karen Golz admitted the actions taken by the body are "unsettling and upsetting".

In an open letter to the organisation's membership, Golz provided an update after the USOC announced it had started the process of revoking the federation's status earlier this month.

Golz also insisted USA Gymnastics has not voluntarily given up its status as the sport’s national governing body.

She stressed that day to day operations of the federation would continue as normal, such as all existing competitions, services and memberships but the organisation was discussing how to move forward.

The Board of Directors met across two days to discuss possible avenues for USA Gymnastics to explore in order to remain the national governing body of the sport.

"I want to thank you for the communications we’ve received over the past several weeks expressing your perspectives about the USOC's recent action, which is both unsettling and upsetting, especially for athletes, coaches and club owners," Golz wrote.

"We have read the feedback and we understand how difficult the situation and uncertainty are for everyone.

"We know you have questions and concerns about what this means for you, the athletes, your gym, your invitationals, your club members.

“We have a number of important questions for the USOC, and we’re seeking answers to make an informed decision on the direction for the organisation."

At the beginning of November, USOC announced they had begun to take steps to revoke the scandal-hit USA Gymnastics' recognition as the member national governing body for the sport.

It follows the organisation’s handling of the Larry Nassar case in which dozens of women, including Olympic athletes, accused Nassar, a former USA Gymnastics team doctor, of abuse.

The letter also states the organisation’s commitment to find a permanent chief executive after the resignations of Kerry Perry and Mary Bono.

The organisation are working to finalise the job specification for candidates but said they have already had potential interest.

Approximately 250 stakeholders were contacted in October to collect feedback on what members wanted from the new chief executive.

One of the top priorities for members was the safeguarding of athletes.