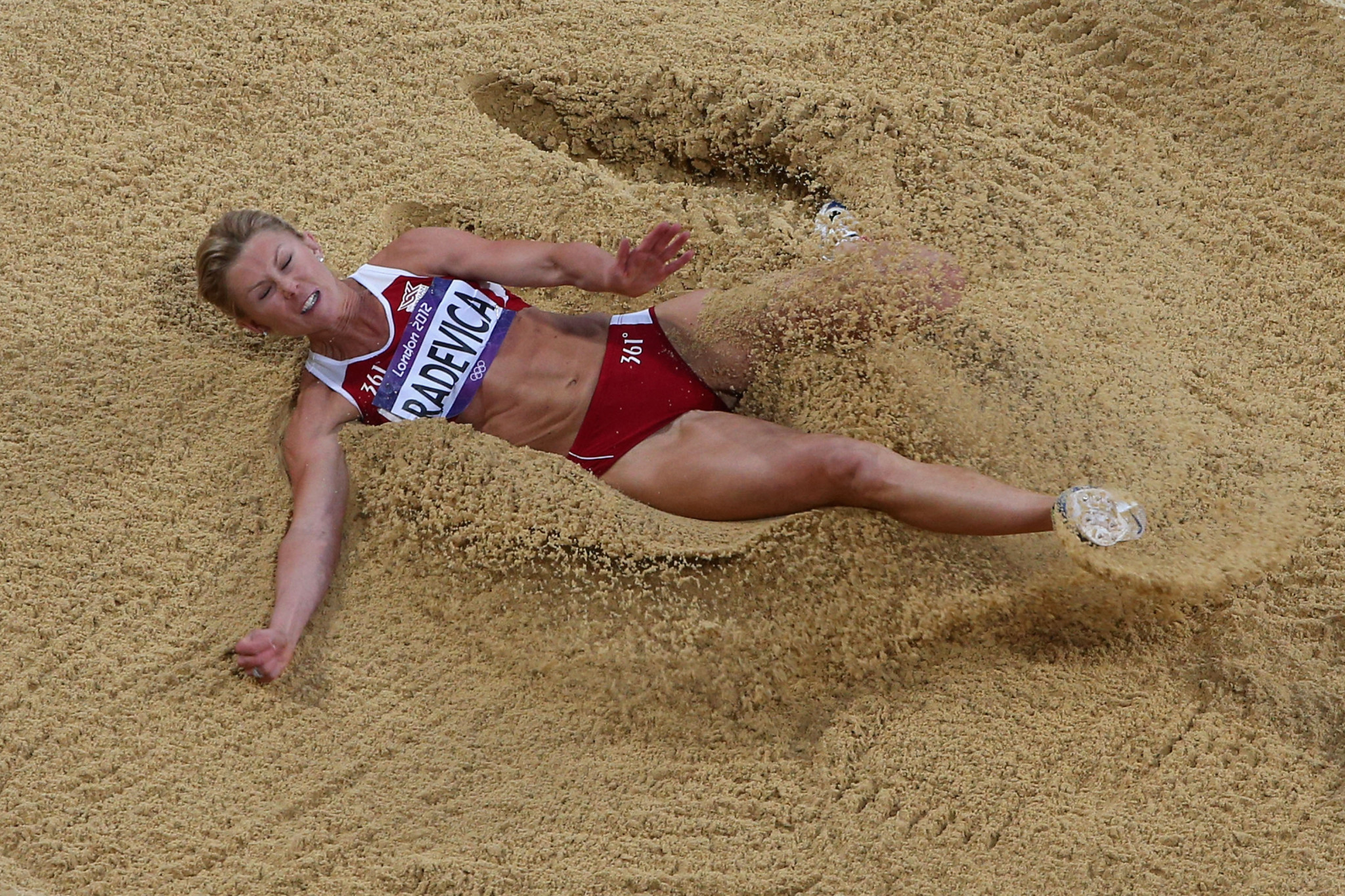 Latvian Athletics Association President Ineta Radevica has tested positive after a retest of her sample from the London 2012 Olympic Games.

The former long jumper finished in fourth place at the Games, having achieved a distance of 6.88 metres.

United States' Brittney Reese won the gold with a distance of 7.12m, with Russia's Yelena Sokolova and Reese's team-mate Janay DeLoach completing the podium with efforts of 7.07m and 6.89m respectively.

Radevica was selected to carry Latvia's flag at the Closing Ceremony in London.

The Athletics Integrity Unit (AIU) have confirmed Radevica’s positive retest, with the Latvian testing positive for the anabolic steroid oxandrolone.

"The AIU confirms the provisional suspension of former Latvian long jumper Ineta Radevica for violations of Article 2.1 of the International Association of Athletics Federations (IAAF) anti-doping rules after a retesting of samples from London 2012," the AIU stated.

Radevica was crowned European champion back in 2010, while the Latvian enjoyed a podium finish at the 2011 World Championships.

She initially finished in third place at the Championships in Daegu, with Reese emerging as the gold medallist.

Radevica was later upgraded to the silver medal after Russia’s Olga Kucherenko was disqualified following a positive retest of her sample from South Korea.

She received the silver medal at the World Athletics Championships in London during 2017.

The AIU confirms the Provisional Suspension of former #Latvian #longjumper Ineta Radevica for violations of Article 2.1 of the @iaaforg #AntiDoping Rules after a retesting of samples from #London2012.https://t.co/opInfkVlnV#AIUNews #athletics #trackandfield #SanctionNews pic.twitter.com/4EBLzwWUQJ

Radevica, who has been serving as the President of the Latvian Athletics Association since 2017, has stated she is working with the relevant authorities following the positive retest.

"The situation I find is extremely unpleasant," Radevica wrote on Instagram.

"I am engaged in athletics from an early age and I have devoted myself to everything.

"Since the end of my career as a sportsman, it's been a long time, but it still remains an important place in my heart.

"Throughout my career, I have always been against the use of unauthorised substances and I am firmly opposed to illegal substances in sport at the moment, which is why I have been particularly unlucky.

"Although I have deliberately not used illicit drugs, I understand that this does not relieve me of responsibility for what happened, so I am now doing my best to cooperate with professionals and all involved parties.

"The fact that the new findings in the analysis relate to events that have taken place so many years ago makes it harder for defenders to defend themselves since not all treatment and medication documents and samples of that time have survived."

The 37-year-old added that her focus would be on her family, as she is currently pregnant with her third child.

Should the positive be confirmed, Radevica would become the third finalist from the women's long jump final at London 2012 to be retrospectively disqualified.

The final had featured 11 jumpers rather than 12, with Turkey's Karin Mey Melis withdrawing after qualification when the IAAF were notified that she had tested positive for testosterone at the 2012 European Championships.

Radevica's positive test follows the announcement last month that additional retests of samples from the London 2012 Olympic Games are being conducted by the International Olympic Committee (IOC).

Reanalysis of samples using new technology was conducted prior to the Rio 2016 Olympics, with the aim of preventing athletes who had tested positive in the London 2012 retests from attending the Games.

A total of 48 anti-doping rule violations were confirmed as a result of more than 500 retests, with the IOC claiming anabolic steroids were mostly detected.

Retests are now set to continue throughout 2019, until the statute of limitations expires in 2020.

The International Testing Agency have been delegated responsibility for results management, as well as the selection of samples which will be analysed.

A provisional suspension was also announced last month for Natalya Ivoninskaya, who competed in the women's 100m hurdles at London 2012.

The Kazakhstan athlete tested positive for DHCMT - or turinabol - and stanozolol.