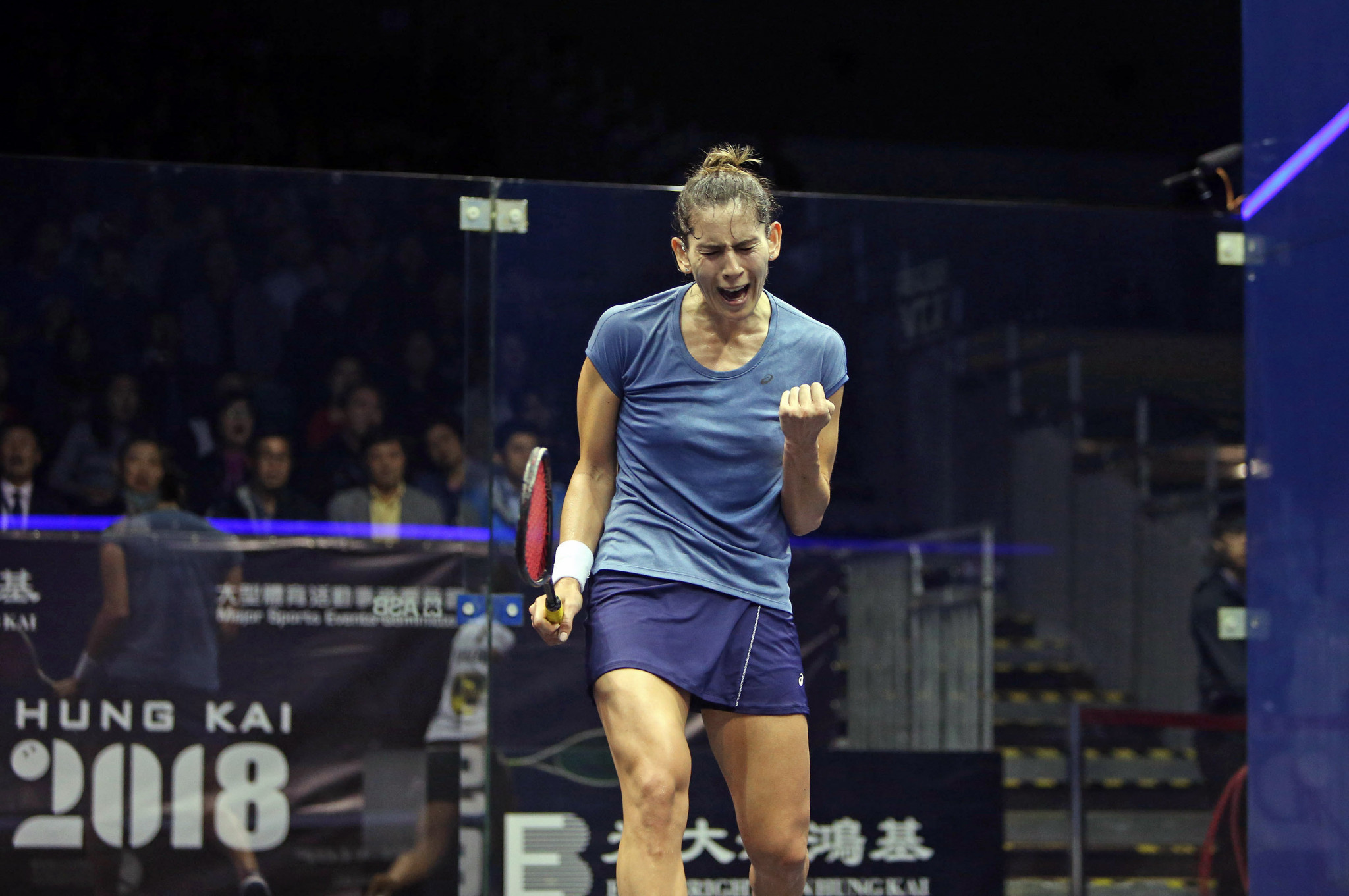 The fifth seed dominated the first game and prevailed in the second game tie break at the Hong Kong Park Sports Centre.

Reigning world champion El Welily struggled to get back into the match in the third game, saving five championship points as she attempted to avoid a fourth Hong Kong Open final defeat.

Despite capturing the world number one ranking from December 1, El Welily was outplayed by King in the match as the New Zealander converted her sixth championship ball to lift her 12th PSA World Tour title.

"I'm just extremely happy to win my first platinum event ever," said King, who qualifies for the season-ending PSA World Tour Finals as a result.

"It hasn't really sunk in yet, but to be on a stage like this, with such great fans means a lot.

"I just want to go on from here and keep playing good squash.

"I just kept thinking that it's the last match of the tournament - just leave it all out there.

"Raneem is such a tough competitor and she showed in the third why she is number one.

"She just kept coming back at me and never let it go until the end."

Elsewhere, Egypt's Mohamed Elshorbagy prevailed in the men's final as the world number one defeated his compatriot and world number two Ali Farag in straight games.

"I'm really pleased to be able to come here and play my best squash," said Elshorbagy.

"It's always great when it all comes together.

"I'm really proud of my performance but not to take anything away from Ali, I have nothing but respect for him.

"He came to the tour later than all of us and came up the rankings very fast.

"Very few people can do what he did and he's coming after me, but I'm trying to hold him a little bit.

"We've played twice already this season, he beat me once and now I've beaten him.

"I'm sure we will have many more battles and compete in more finals."

The Hong Kong Open concluded with the presentation of the trophies and prize money, which for the first time was equal for the men's and women's champions.

The Hong Kong Open was the final PSA Platinum event to commit to equal prize money.