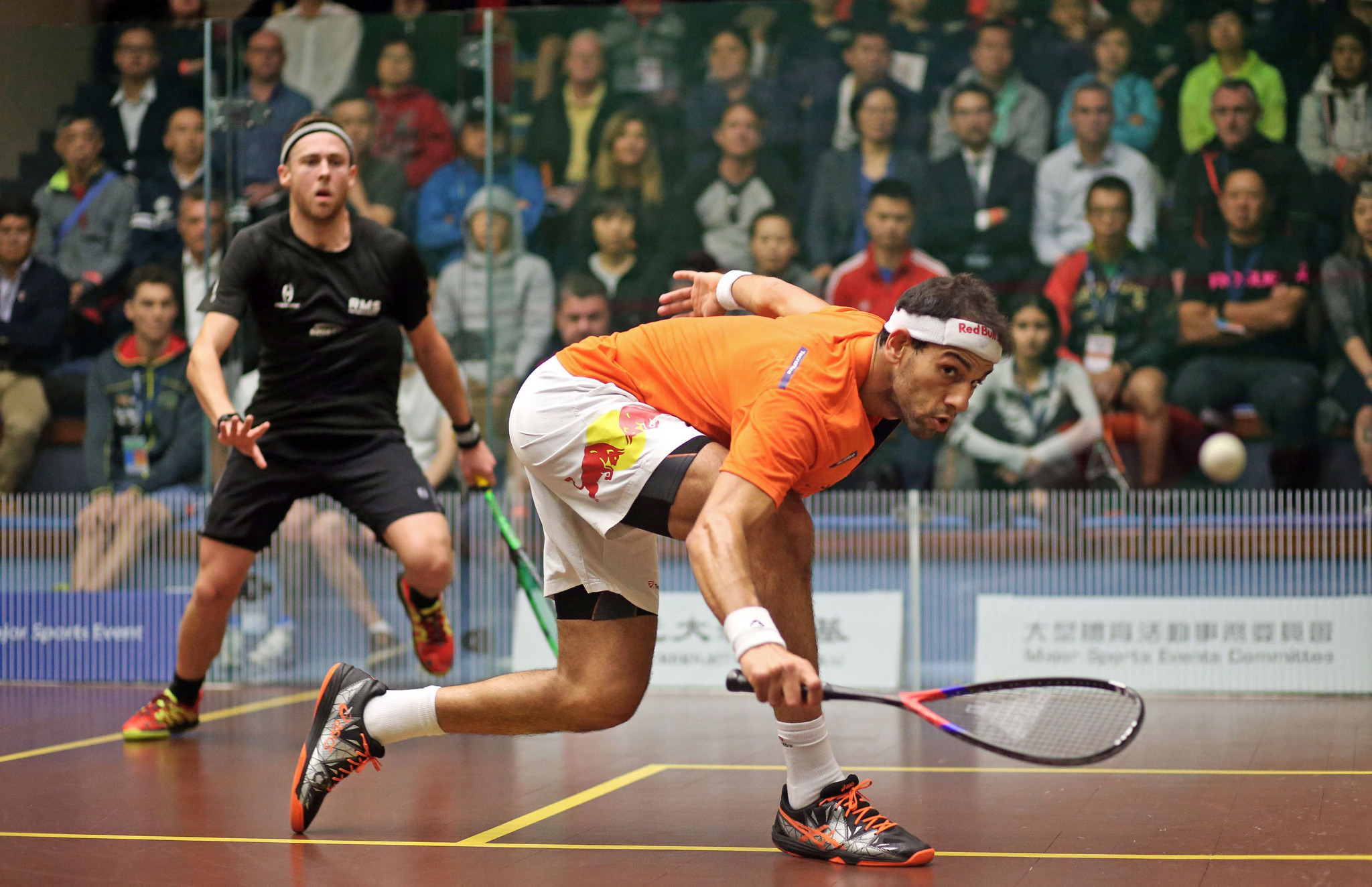 Both players had received a bye into the second round so were playing their first games at the PSA World Tour Platinum event.

World number one Elshorbagy beat Australia's Ryan Cuskelly 11-3, 11-6, 11-5 at the Hong Kong Squash Centre to set up a tie against England's Tom Richards.

The Egyptian needs to at least match the results of world number two and compatriot Raneem El Welily's at the tournament to retain her spot at the top of the world rankings, with El Welily playing tomorrow.

"I’ve been world number one for a long time and this was going to come sooner or later," El Sherbini said.

"It's always challenging and I haven't been on the edge a lot, but I'm just going to play and be positive and try to win the title.

"The first match is always important, winning 3-0 has given me a push to be ready for the next round and we will see how I go."

Tomorrow will see the remainder of second round matches played.

The world number two players in the men and women's competition, Ali Farag and El Welily, will play their first matches.