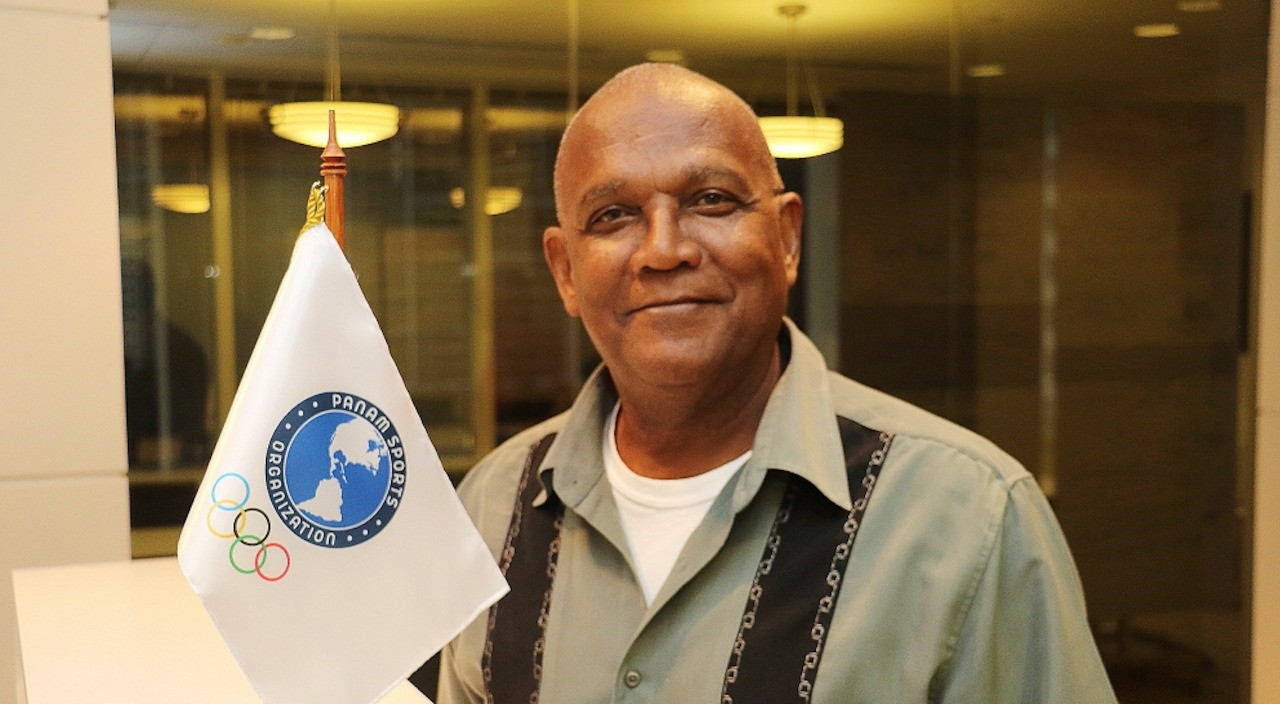 Speaking during a Panam Sports Coordination Commission working visit to Lima, Joseph claimed the facilities Lima 2019 is preparing for the Games will transform the sports landscape in Peru.

"We believe that the infrastructure that is being built will be of a world standard," said the Panam Sports vice-president

"The velodrome, for example, will allow the country to host important events in the future, like the Pan-American Cycling Championships.

"[Lima’s swimming] pool will be the most modern."

Joseph also discussed the social and socio-economic impacts the Games will have on Peru and its citizens.

"I think it’s amazing how sport brings people together," he said.

"It’s important to sensitise people about the important value that sports bring.

"Therefore, the interactions and exchange of cultural experiences with the people of the 41 countries that will come here, some of whom will come with their families, is something that is always valuable.

"And I also believe that it will stimulate the interest among the Peruvian population towards sports in terms of general welfare.

"I believe that the changes that are being made in traffic can also have a lasting impact.

"And, in general, if things go well, Lima 2019 will have enormous socio-economic benefits, such as tourism.

"I think the city of Lima is one of the best kept secrets in the world, so the more people come and experience here, the better.

"That will be one of the most lasting legacies."

"One of the first and most important aspects of the meeting was the demonstration of the Mayor's unflinching support for the Games and his total commitment to make them a success," Joseph said.

"At the meeting, we concluded that the success of the Games was mutually beneficial.

"For Panam Sports, these Games are really important because we have a new President (Neven Ilic) and we are engaged in a brand change exercise.

"Therefore, the success of the Games is particularly important for us, as they are for Mr Muñoz, because as a new Mayor it can enhance his image and facilitate the bringing together of the several communities that make up his Mayoral district."

Last week, Neuhaus claimed that 95 per cent of construction works for the Pan American and Parapan American Games will be ready by March next year.

Addressing a conference organised by the Journalists' Association of Peru, Neuhaus offered an update on the progress of the competition venues including VIDENA, Villa El Salvador Sports Center, Andrés Avelino Cáceres Sports Center in Villa María del Triunfo, as well as Callao's Regional Sports Village, and the stadium of the National University of San Marcos.

With regard to the Athletes' Village at Villa El Salvador, the main hosting venue for the Games, Neuhaus announced that it would be completed in the coming months because the construction company had a delivery deadline of February 2019.

The main challenge, he added, would be the organisation of the Parapan American Games in terms of providing accessible facilities for athletes of the 33 competing nations and the public attending competitions.

Neuhaus pointed out that around 10,000 journalists and technical officials from 41 countries will participate in the Pan American Games that will take place in 40 venues.

He added the Parapan American Games will be held in 14 venues where 3,000 athletes will compete.