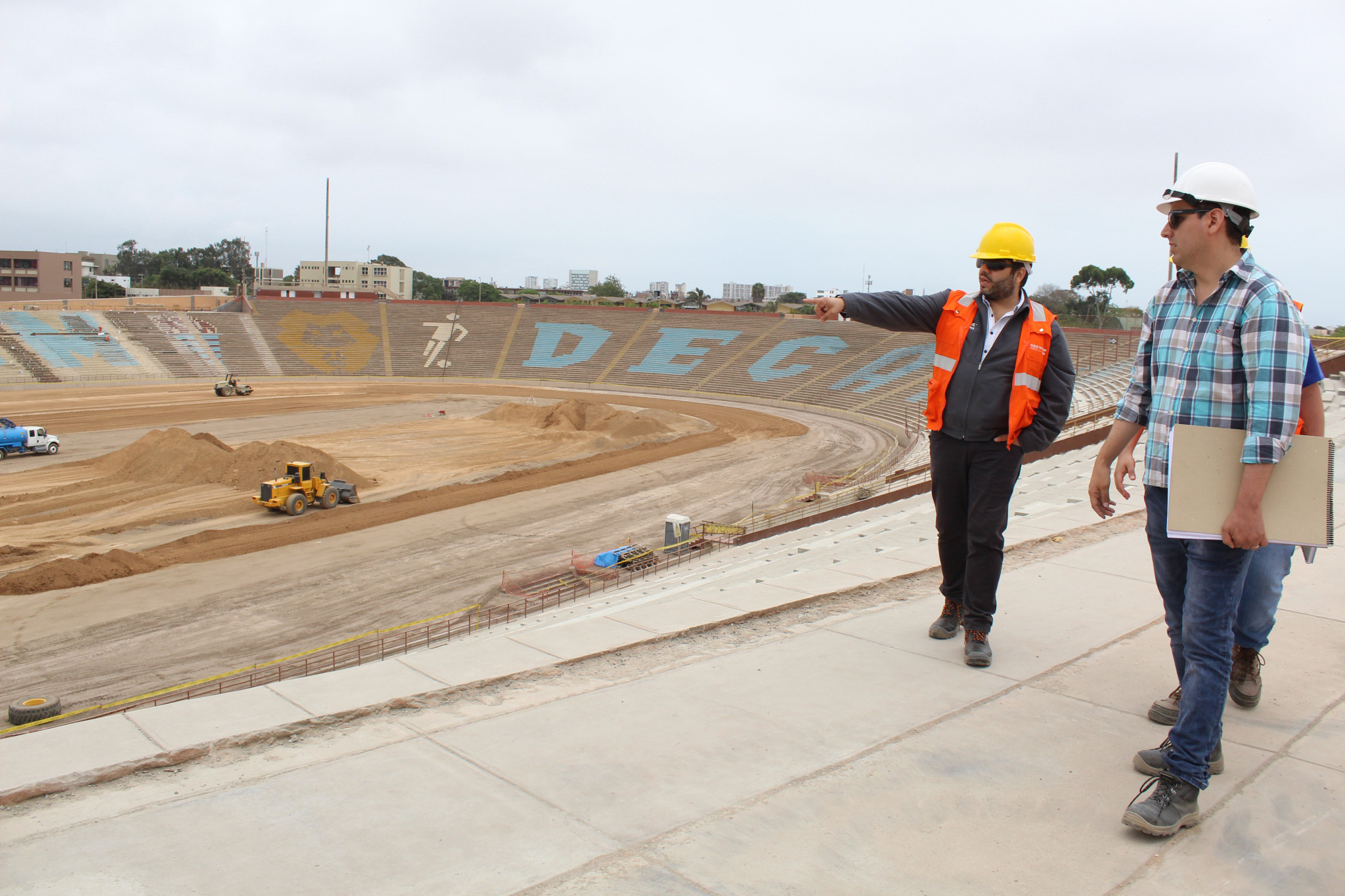 A delegation from the South American Football Confederation (CONMEBOL) has visited the San Marcos University Stadium, which will be used at the Lima 2019 Pan American Games.

Upgrade work is currently taking place at the venue in Peru's capital before the men's and women's football tournaments at the Games are held there next year.

The stadium will comply with FIFA regulations once completed and "remain a legacy" for the university community, it is hoped.

CONMEBOL's delegation was headed by their director of competitions Hugo Figueredo.

"I'm really impressed with everything I'm seeing," he said.

"My expectations were high, but they have been widely exceeded.

"I'm really looking at a very professional job on the part of all those who are inside this endeavor.

"The explanations that I am receiving, from every point of view, have been satisfactory.

"We are giving some opinions to try to improve some specific aspects."

The renovated stadium will feature a synthetic level one field certified by FIFA.

An athletics track will surround the pitch.

In January and February, the men's South American Under-20 Championship will be played in Chile to determine the three Lima 2019 qualifiers from the region.

Peru have already qualified as hosts while Jamaica will represent the Caribbean.

Three more countries will also advance from the ongoing Confederation of North, Central American and Caribbean Association Football Under-20 Championship in Florida.