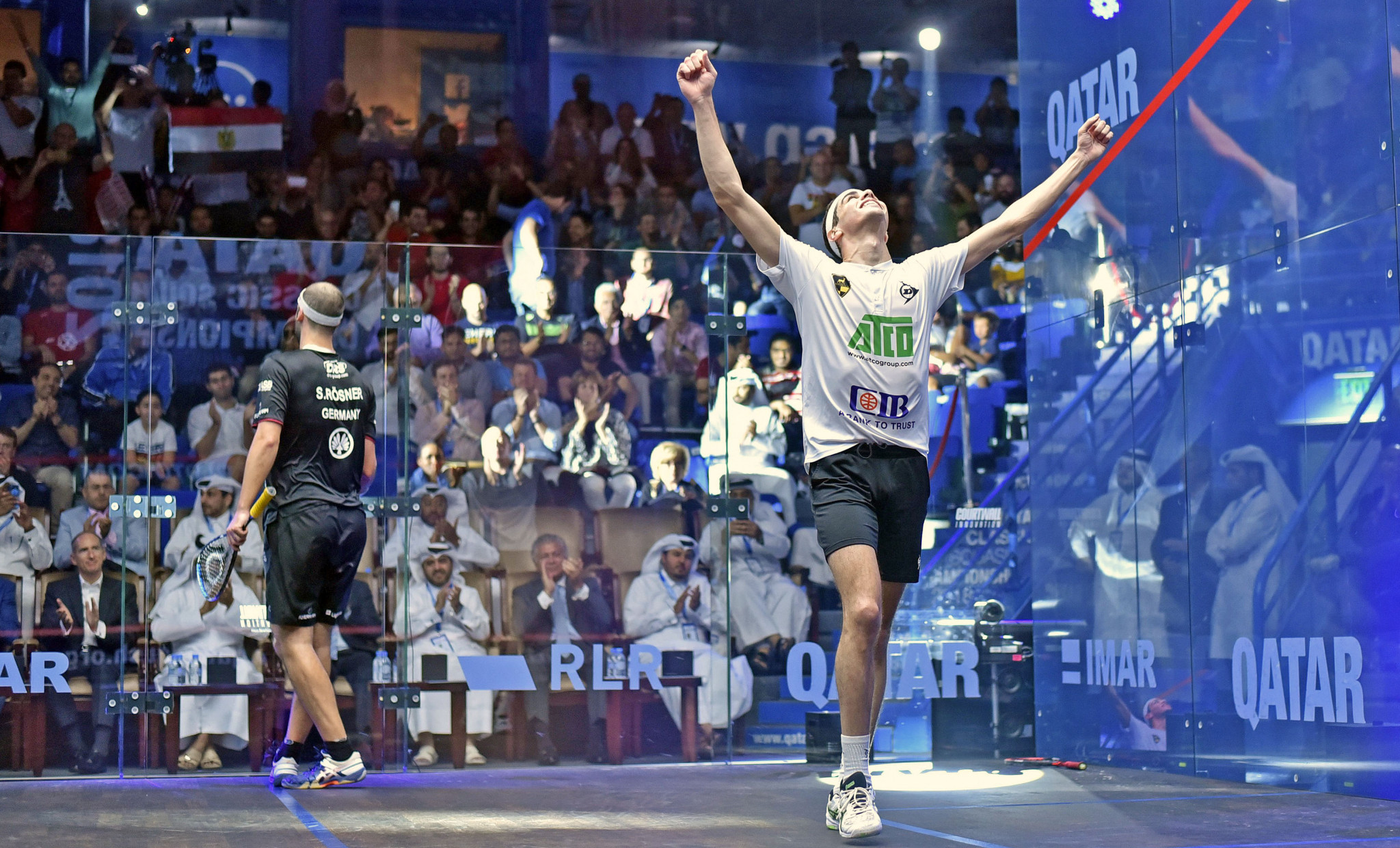 Farag, seeded second for the tournament at the Khalifa International Tennis and Squash Complex in Doha, put in a superb display to claim an 11-9, 11-7, 11-5 victory.

The result saw the Egyptian avenge the defeat he suffered to Rösner at the US Open last month.

"The atmosphere was beyond my imagination," said Farag.

"Nothing I’ve played before was like that but mid-way through the first game I managed to settle and get into my game plan.

“I tried to make sure that first game was long and that I wasn’t giving away any cheap points.

"I was behind and I didn’t think I would win that game, but coming through to win it made a huge psychological difference I think."

Farag controlled proceedings for the vast majority of the encounter, although the German did make the better start of the two players.

After winning a tight opening game, the Egyptian was able to stamp his authority on the match as he closed out a comfortable triumph.

“At the U.S. Open against Simon I became too passive, and if you do that he will kill you on court," Farag added.

"You have to find that balance and I was able to do that from the second half of the first game all the way to the end today so I am very happy.

“I’m very happy with the win, and with my week and how I backed up match after match.

"And I’m really proud with the way I handled the whole week.”