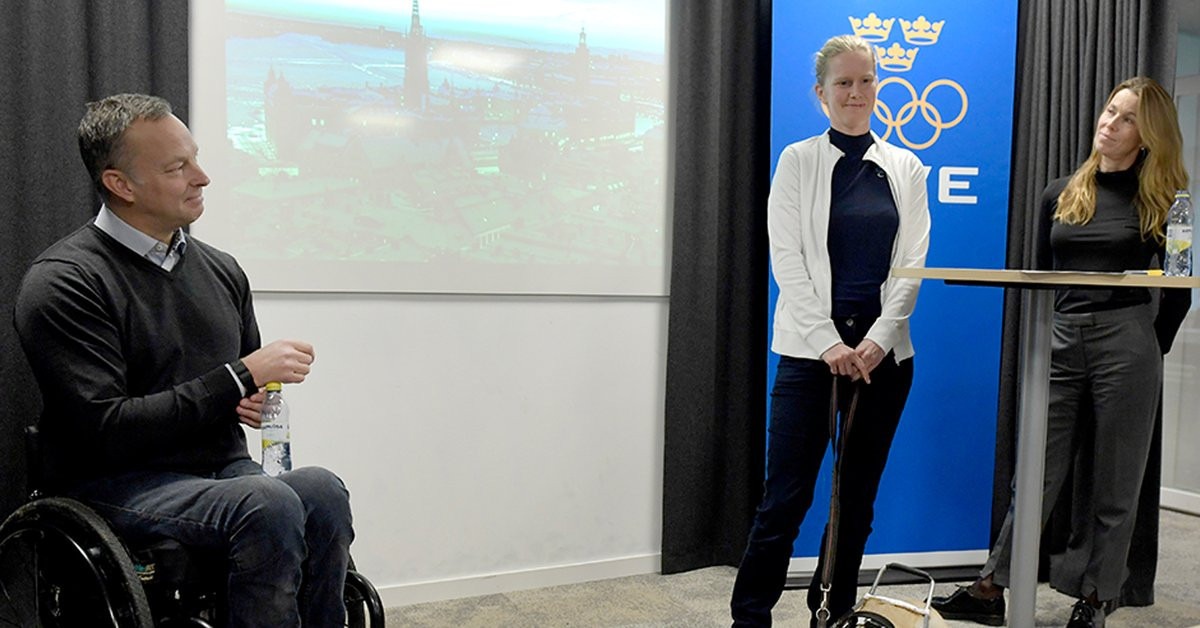 Stockholm 2026 has revealed a list of ambassadors who will support the city's bid to host the Winter Olympic and Paralympic Games in eight years' time.

The list features 22 Swedish Olympians and Paralympians from a wide range of sports with more than 60 Olympic and Paralympic medals between them.

Among the headline names is cross-country skier Charlotte Kalla, who has scooped nine Olympic medals in an illustrious career, including three golds.

It comes with doubts over the bid's future, however, due to a lack of political support.

Kalla revealed her delight at the prospect of the Winter Games coming to her home country for the first time.

"When I heard Sweden would be applying to host in 2026, it really excited me," Kalla said.

"The Winter Games is very big and you really feel that during the Games the Swedish Olympic Committee has been supporting you for years before.

"The support you get is really something I haven't encountered anywhere else in my career.

"Travelling as a team, supporting each other and experiencing the culmination of the Olympic Games is special - it's a community."

Sweden is the nation with the most Winter Olympic medals that has never hosted the event.

The 2026 bid outlines that the Games would be based in Stockholm, but also includes venues in Åre, Falun, and the Latvian town of Sigulda, which would host sliding.

Kalla insisted that it is key to think about the long-term benefits hosting a Winter Games could bring to Sweden.

"Role models are important and what really excited me was the thought of people being able to participate even more in sports," she said.

"I also think that the Swedish Olympic Committee's view on sustainability is spot on - we already have most of the venues, so we don't need to build a lot of new arenas to host the Games."

Johan Olsson, the Swedish cross-country skier who competed in three Olympics between 2006 and 2014, winning two golds as part of a six-medal haul, claimed that the power of the Olympic Movement made him want to become an ambassador for Stockholm 2026.

"I clearly stand behind an Olympic Games in Sweden and if you look at the importance of a Winter Olympics, that's the big reason why I chose to be an ambassador," he said.

"I think sport has an ability that very few other things have to be a community builder.

"It forges community, creates role models and an Olympic Games in Sweden, I think, would place a spotlight on sport, which means better conditions for young people."

If Sweden does host the Games in 2026, it will come too late for Olsson, who retired last year, and most likely Kalla, who turns 32 next year.

Biathlete Sebastian Samuelsson, who has also been named as an ambassador, has a strong chance of competing, however.

The 21-year-old burst onto the scene with two medals, one gold and one silver, at his first Olympic Games in Pyeongchang earlier this year.

"It would be inspiring to stand up in the most important competition of my career and do it in Sweden," he said.

"The Olympic Games are the biggest thing you can do as an athlete and to do it in your own country, very few have the chance to do that.

"I only see the positives of holding an Olympic Games in Stockholm.

"The effects of this as a public health project are invaluable - to inspire people to move out and make young people try out many different sports."

More names are due to be revealed in the near future.

The city is one of just two candidates still in the running for the 2026 Games along with Milan and Cortina d’Ampezzo.

The vote in the Canadian city was inevitable and simply a rubber-stamping exercise after residents rejected the chance to host the Games in a plebiscite last week, with the no campaign winning by 56.4 per cent to 43.6 per cent.

Asked about the state of the race, Dubi admitted the IOC would have liked Calgary to vote in favour of bidding, but that they are "very comfortable" with the two remaining candidates and that "in the end it only takes one city" to host.

Stockholm's bid comes with severe doubts, however, due to a lack of political support in the city.

In October, the Green Party agreed to work with the centre-right Alliance parties to lead Stockholm's City Council.

One of the two policies agreed on by the parties is that the capital will not host the 2026 Winter Olympics, but bid leaders still pledged to continue.