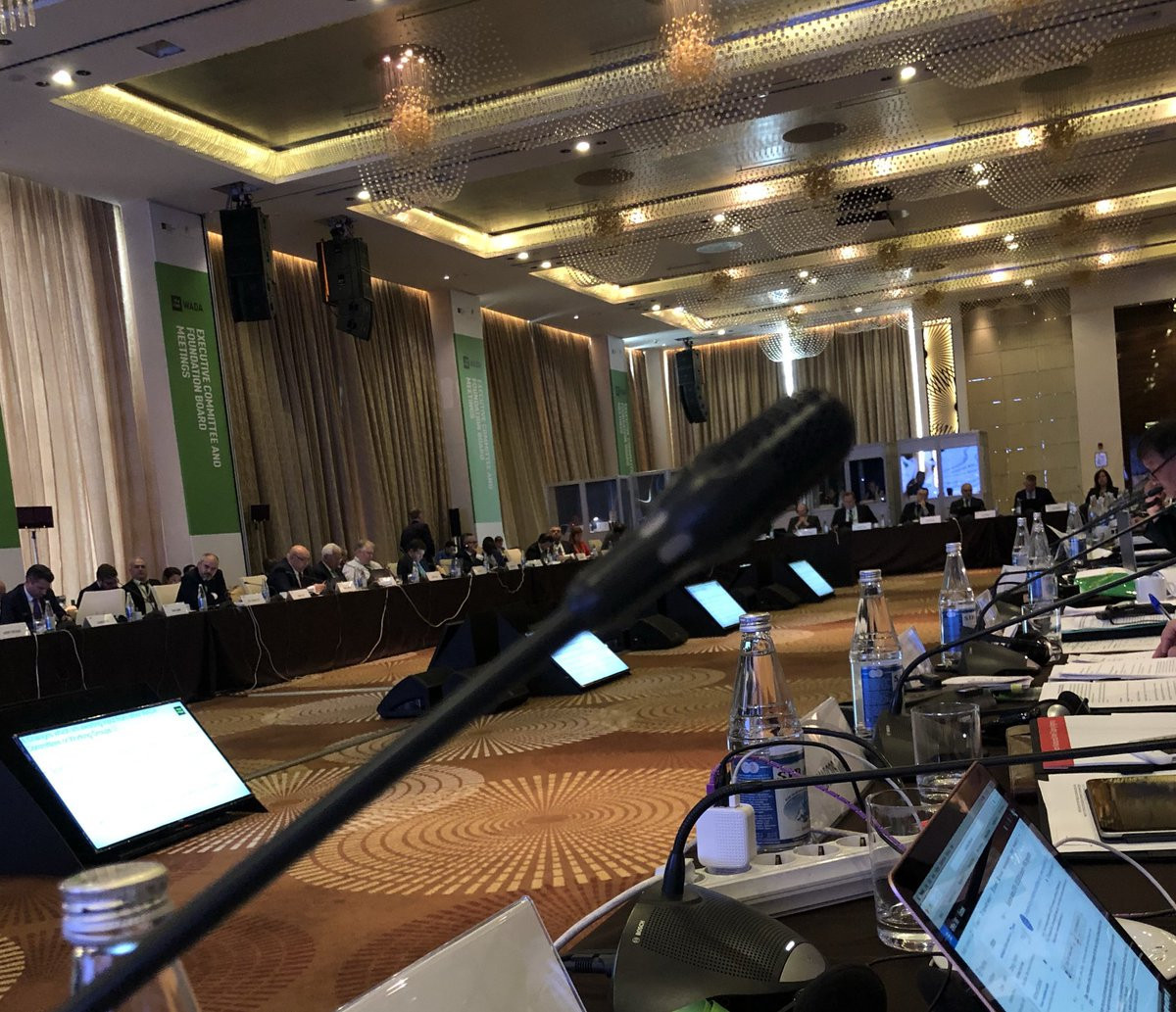 World Anti-Doping Agency (WADA) Athlete Committee members have called on sport movement and public authority officials to unite behind their pledge for increased representation on the decision-making bodies at the organisation.

A package of governance reforms approved here did not include adding additional athletes onto the Foundation Board and Executive Committee, a decision criticised by Athlete Committee chairperson Beckie Scott.

It came after a governance working group tasked with devising the proposals, made public last month, were unable to reach a consensus on enhancing athlete representation at WADA.

The Athlete Committee has decided to set up a working group to "look at the global representation of athletes worldwide".

The group hopes it will be able to mobilise global athletes following criticism that the calls for change at WADA amid the backlash from current and former competitors to the decision to lift the suspension on Russia were coming from the same group of nations.

WADA President Sir Craig Reedie and director general Olivier Niggli have urged those who have spoken out to come together and decide how they would like to be represented and how these athletes are selected.

Governance review group and Athlete Committee member Adam Pengilly, who admitted the proposals put forward by the panel did not go far enough and that he was "disappointed" they were unable to agree on athlete representation, insisted this was possible but admitted it would be a challenging process.

Happy to see some positive steps from the Executive Committee!
Approved-
✔️Independence: An independent President & Vice-President.
✔️Better representation for athelte’s voices: One seat each at a minimum for both athlete and NADO representation in all Standing Committees. https://t.co/idzFVa3YoE

"To make all of that happen and work, is not going to be easy and there is complexity there," the British former skeleton athlete said.

"During the governance working group I was asking to at least set the objective of having athletes representation.

"It wouldn't be binding but it would be an objective of having a separate athletes representation on those boards but unfortunately there was not consensus around that.

"It will be difficult but I think it will be possible and yes we have to get working.

"But we are taking a step of faith as well so that the Olympic Movement and public authorities support us and support athletes and back up what they say with actions so we can have seats on the Executive Committee and Foundation Board."

Scott, an Olympic cross-country skiing champion, claimed the failure to agree to increased athlete representation was a "regrettable and disappointing missed opportunity".

The Canadian, one of only five athlete members on the 38-person Foundation Board, said it would have been a "constructive and progressive step forward for the organisation" had a consensus been reached.

Calls for the number of athletes on the Executive Committee and Foundation Board were largely sparked by the decision to reinstate the Russian Anti-Doping Agency during a fractious meeting in the Seychelles in September.

It has led to several competitors demanding reform at WADA, who have also given their support to a series of proposals entitled "The Alternative", created by the Athletes for Clean Sport Group.

The latest two to pledge their backing are Nigerian bobsledder Seun Adigun and Akwasi Frimpong, who both made history when they competed at the 2018 Winter Olympic Games in Pyeongchang.

The lifting of the Russian ban was backed by the International Olympic Committee (IOC) Athletes' Commission, which further divided the athlete community.

Danka Bartekova, IOC Athletes' Commission vice-chair and London 2012 Olympic bronze medallist, admitted the group could have better communicated their reasons behind the controversial decision to reinstate Russia to their fellow athletes.

Bartekova told insidethegames they had held a meeting with the WADA Athlete Committee prior to the Foundation Board meeting, suggesting a softening of relations between two bodies which have been at loggerheads during the Russian scandal.

"We believe we represent the athletes around the world who elected us," Bartekova, a member of the WADA Executive Committee and Foundation Board, said.

"There are reasons why we supported this decision and why we decided the way we decided.

"We believe we could have done a better job in communicating to the athletes why we endorsed the decision and we are working on that.

"We have been receiving a lot of feedback and this not only negative, there have also been some positive points."