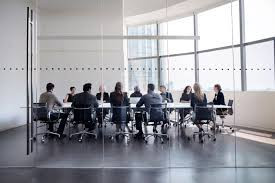 World Anti-Doping Agency (WADA) governance working group member Adam Pengilly has admitted recommendations they made "do not go far enough" as he supported those who have criticised the failure to reach an agreement on increased athlete representation.

Pengilly told insidethegames he had sympathy for the frustration of British Paralympian Ali Jawad, who claimed the suggestions were an "insult" to athletes who have called for reform at WADA following the controversial decision to lift the ban on Russia.

The former British skeleton athlete, a member of the International Olympic Committee (IOC) until earlier this year, added he was "disappointed" the working group could not achieve more.

Jawad, who sent a document to WADA entitled "The Alternative" on behalf of a group entitled "Athletes for Clean Sport" which proposed several changes to the organisation's governance earlier this month, said the recommendations "fall woefully short of anything that the global athlete community has been demanding the last few years".

The powerlifting silver medallist at the 2016 Paralympic Games in Rio de Janeiro added that the proposals are "completely inadequate, minor and modest reform suggestions".

Earlier this week, WADA confirmed the working group, which has undertaken a comprehensive review of the governance structures at the under-fire global watchdog, had made a series of recommendations to the Foundation Board for consideration.

Jawad had proposed athletes be given three seats on the WADA Executive Committee but the working group "could not reach a consensus" on increased representation.

"The process has been a challenging one and I have sympathy for Ali's frustration," Pengilly told insidethegames.

"The position he outlined in his paper is not dissimilar to that of the WADA Athlete Committee, however, with just one person in the room representing the Athlete Committee, changing the views of those in power was very difficult.

"Some progress was made, but the reforms do not go far enough.

"I did consent to all the recommendations in the paper, since failing to do so would have meant no progress at all, but I am disappointed the working group couldn't achieve a lot more, particularly on the subject of athlete representation."

The group, who met in Lausanne earlier this week, have called for the WADA President and vice-president to be completely independent.

Adding two "independent" members to the 12-person Executive Committee, who will be vetted by a new Nominations Committee, is among the other proposals.

"The Alternative" document by the newly-formed Athletes for Clean Sport group led by Jawad urged WADA to give them increased representation, particularly on the Executive Committee.

It said the Executive Committee should grow to 15 members, with three positions dedicated to "athletes who are retired and not involved in any position in the world of sport".

The proposal came amid the growing backlash from athletes to the decision to reinstate the Russian Anti-Doping Agency, made by the Executive Committee.

The only athletes representative on the Executive Committee is Slovakian shooter and IOC member Danka Bartekova.

Ali makes valid point that @wada_ama fails to understand: Athletes not "critics",they're trying to improve & reform WADA- make it fit for purpose. As for WADA calling millions of athletes "politically motivated group of detractors",why criticise those you're supposed 2 represent? https://t.co/dWsPMe90Id

The governance working group said one official representing athletes and National Anti-Doping Organsations should be present on all Standing Committees.

In a statement announcing the suggestions, WADA urged athletes to "confirm exactly how and by what means they are represented as well as how their representatives are selected".

An "open discussion" should then be held to "determine at which existing and/or new levels within WADA, athlete representation could be strengthened", according to WADA.

Other recommendations included the formation of an independent ethics board and the establishment of three-year term limits for all members of the Foundation Board, Executive Committee and the Standing Committees with no possibility of stepping out for a term and returning.

The changes are expected to be given the green light at the Foundation Board meeting in Baku on November 15.

Jawad, who has been one of the most vocal critics of WADA since the suspension on Russia was lifted last month, claimed his ideas in "The Alternative" had been ignored and overlooked.

He said he had "not had any official acknowledgment or any engagement from the WADA leadership".

"Let's be clear: these reform suggestions fall woefully short of anything that the global athlete community has been demanding the last few years," his statement read.

"They are merely 'baby steps' that skirt around the deep issues of WADA's lack of transparency, accountability and, most importantly of all, its independence.

"These 'tweaking around the edges' reform suggestions that WADA will likely now 'rubber stamp' and that will give WADA its direction for years, if not decades to come, go nowhere near what we, the athlete community, propose in The Alternative."

The Athletes for Clean Sport have also called for WADA to reconsider this "missed opportunity to change the anti-doping decision-making process for the benefit of athletes and for sport".

It marks the latest input from athletes, whose interventions in recent weeks have bordered on revolution.

In response to the statement from Jawad, a WADA spokesperson claimed "The Alternative" was received and acknowledged by the governance review working group.

"Any strong organisation will always look at its structures to make sure they are fit for purpose," the spokesperson told insidethegames.

"That’s why two years ago we began a full review of WADA’s governance to ensure WADA is fit for the future.

"WADA's Athlete Committee and other athlete groups are represented and active in this process."