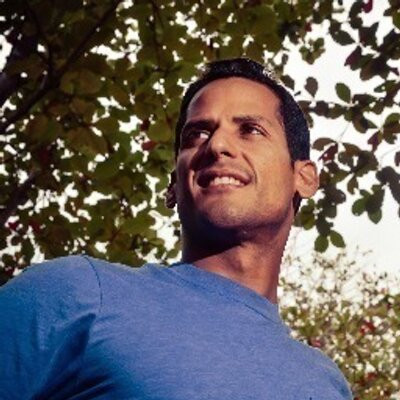 Marcos Diaz of the Dominican Republic has emerged as a potential third contender for President of the World Anti-Doping Agency (WADA), insidethegames can reveal.

The 43-year-old former marathon swimmer refused to rule out standing to succeed Sir Craig Reedie, telling insidethegames he was "not yet a candidate".

But insidethegames understands Diaz, a member of the Executive Committee and Foundation Board, is likely to challenge WADA vice-president Linda Helleland and Polish Sports Minister Witold Bańka for the nomination of the public authorities group within the global anti-doping watchdog.

The public authorities have also called on candidates to campaign "with honesty, dignity and respect for his or her opponents" following a public clash between Helleland and Bańka last week.

They have also told contenders who fail to secure the public authority nomination to cease campaigning.

The process to determine their candidate is due to be launched when WADA publishes the official call for nominations in December under the terms of the proposal.

Each region has been urged to propose one candidate as part of the first phase, which should be sent to the "one voice" platform secretariat, launched last year, by March 8.

Contenders should then have "equal opportunities to present themselves and their views for the future of WADA", while the public authorities have said they should inform other candidates of their attendance in events that could be considered as campaigning.

It could be interpreted as an inherent criticism of Helleland's appearance at an anti-doping summit at the White House earlier this month.

In his verbal attack on the Norwegian last week, Bańka claimed she should step down as vice-president as her position gives her an unfair advantage in the campaign.

The public authorities claim their chosen candidate should then shadow the administration prior to their appointment at the World Conference on Doping in Sport in Katowice in Poland scheduled to take place between November 5 and 7 next year, where there is not likely to be an election.

A controversial age limit of 45-years-old - which would have ruled out all three currently in contention - was dropped from the final proposal, along with a stipulation that their preferred contender be in possession of a master's degree.

It is the turn of the public authorities’ to have the next President as Sir Craig’s replacement should come from the Governmental side under the current rotational model.

WADA Presidents are elected by the 38-member Foundation Board which consists of an equal balance of representatives from sport and public authorities.