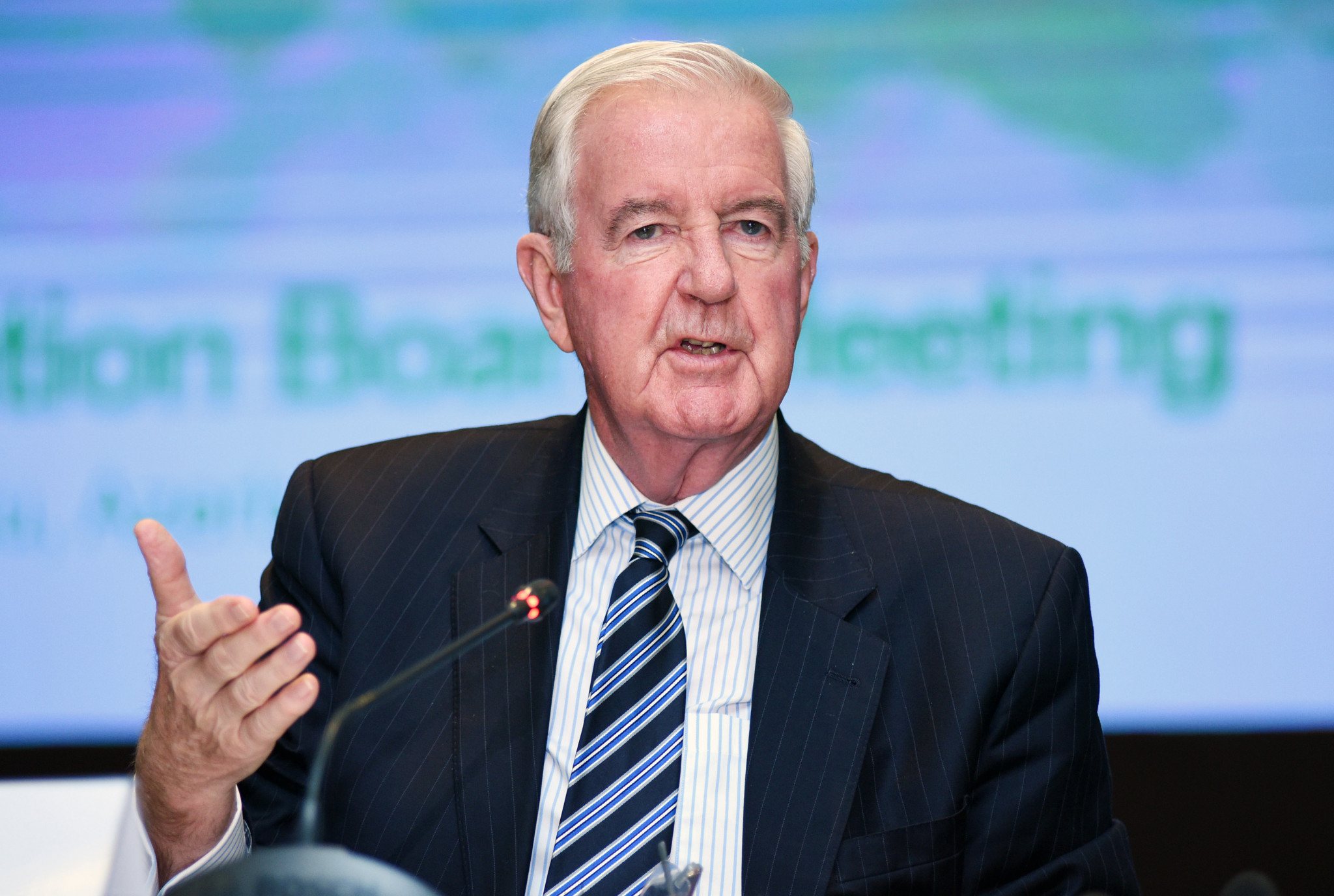 World Anti-Doping Agency (WADA) President Sir Craig Reedie has guaranteed "100 per cent" they will gain access to the data and samples stored at the Moscow Laboratory as he revealed a delegation will visit the facility later this month.

Sir Craig confirmed at the Foundation Board meeting here that the group of WADA officials will hold a preliminary meeting on November 28 on how they obtain the access to the Laboratory.

WADA received a letter from Russian Sports Minister Pavel Kolobkov this morning, confirming the delegation will be allowed to inspect the sealed-off Laboratory.

Depending on the outcome of the first meeting, a team expected to consist of five people, three "independent" WADA officials and two from Russia, will then be able to work on gathering the data and samples stored at the facility.

Sir Craig said a second meeting regarding access to the Laboratory - which Russian authorities need to provide before the December 31 deadline if the Russian Anti-Doping Agency (RUSADA) is to remain compliant - could then be held early next month.

"We have an absolutely written guarantee that this will happen from the authorities in Russia and they have accepted the date of December 31," Sir Craig said.

"I find it almost inconceivable to believe that we don't complete this project in time.

"We will be sending a team of highly qualified experts.

"Everybody knows what they've been asked to provide.

"The experts will deliver it and I'm perfectly confident that we have the right people going in.

"This will resolve the situation we have with the Russian authorities."

WADA has demanded Russia hand over the data and samples or risk having their suspension reinstated.

Authorities in the scandal-hit nation have so far failed to do so, although Sir Craig was keen to highlight the confirmation of the November 28 was a "major" step in the right direction.

RUSADA director general Yury Ganus cast doubt on the anti-doping body remaining compliant earlier this month, however, as he claimed he was concerned at the lack of progress being made towards the criteria, negotiated as part of a deal to allow the country to be declared compliant in September.

"It seems to me highly unlikely the Russian authorities will do what they have done and then not fulfil the conditions.

"In practical terms, I want it earlier than December 31.

"I want the second meeting done in early December.

"I am not pushing this back, I am trying to bring this as far forward as I can."

RUSADA's status will first be discussed by the Compliance Review Committee (CRC), due to meet to assess the Russian situation on January 14 and 15.

Their recommendation is then be put to the WADA Executive Committee on a "fast-track basis", according to Sir Craig.

The Russian doping scandal has been a source of fierce debate and tension among the WADA Foundation Board members in recent years but that element was notably absent from the discussions today.