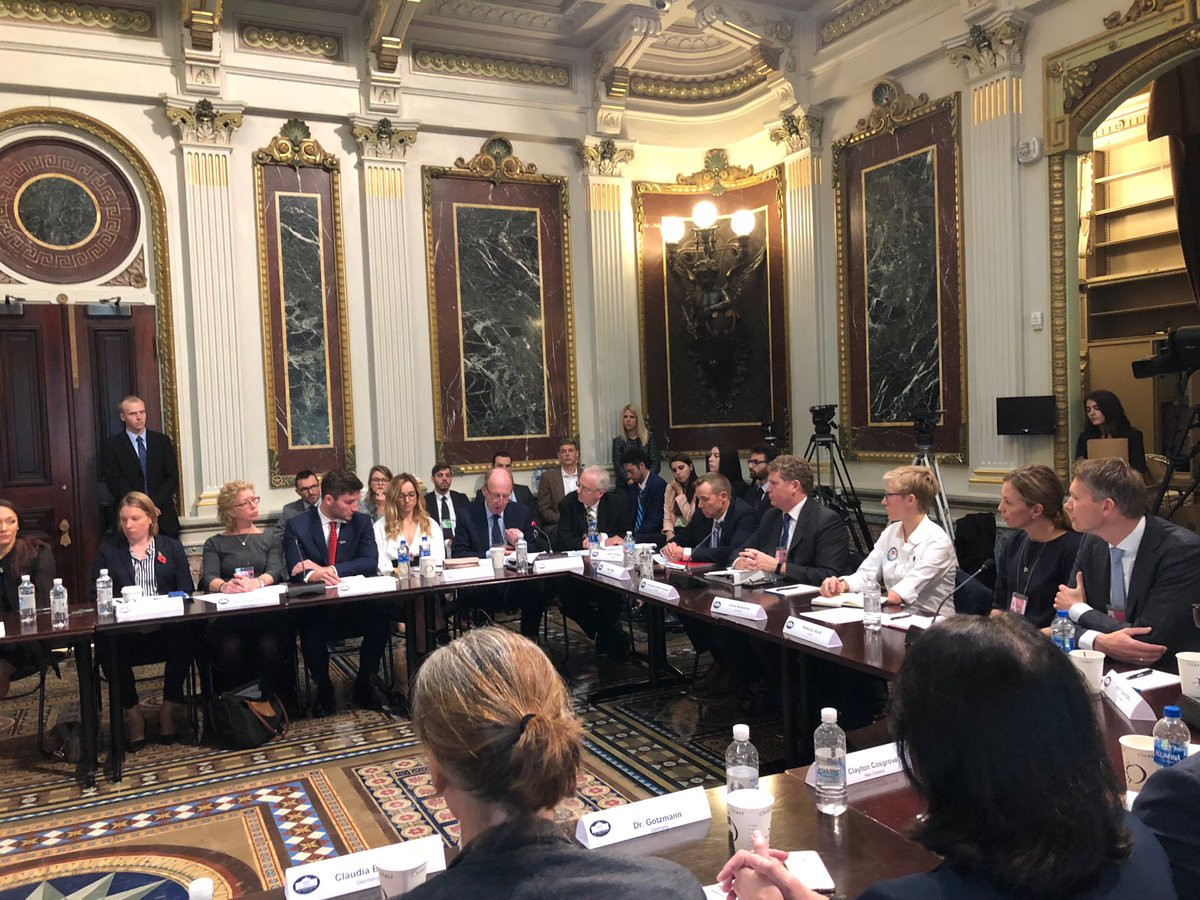 The World Anti-Doping Agency (WADA) has criticised an emergency anti-doping summit held at the White House today as one-sided and confirmed they were not invited to the meeting in any official capacity.

In a statement sent to insidethegames, WADA said their lack of official representation meant "only one side of the story was heard" at the summit.

WADA vice-president Linda Helleland was among those in attendance, where athletes and Government representatives lined up to criticise the global watchdog following the controversial decision to lift the ban on Russia last month.

Helleland was not representing WADA and was not on official business for the organisation at the meeting, however.

WADA claim that only those who disagreed with the reinstatement of the Russian Anti-Doping Agency were invited to the summit, organised by the White House Office of National Drug Control Policy and the United States Anti-Doping Agency.

Attendees included 14 athletes, including whistleblower Yuliya Stepanova and largely comprised of those who have called for change at WADA in the wake of the Russia decision and suggested governance reforms, which competitors claimed did not go far enough.

Allegations made by WADA Athlete Committee chairperson Beckie Scott - who was in attendance today - that she was bullied by Executive Committee members during last month's fractious meeting, where RUSADA was declared compliant, have also sparked athletes into action.

Ministers of Sport and the leaders of National Anti-Doping Organisations from Australia, Canada, Germany, Ireland, New Zealand, Norway and the United Kingdom were among others present at the summit.

“I feel that my husband & I are not just fighting doping but are increasingly fighting IOC and WADA. We now know WADA does not follow its own rules, even though athletes are asked to.” -Yuliya Stepanova. A standing ovation for the Russian whistleblower. #ReformWADA #TheReformers pic.twitter.com/Ir6vVTM76Q

"It certainly seems that the only ones invited are those that are now questioning WADA’s governance because they are not in agreement with the democratic decision that WADA’s Executive Committee took concerning RUSADA’s reinstatement," the statement from WADA read.

"If WADA President Sir Craig Reedie, other Executive Committee members, athletes or others that were supportive of the decision had been invited, they would have been able to bring perspective to the debate, to explain why the decision to reinstate RUSADA, under strict conditions, was the right one for clean sport, and to outline the governance review process, which was initiated by WADA in January 2017."

Today's summit, and the subsequent reaction, have drawn further battle lines between WADA and an athlete community which has become frustrated at their lack of input in key decisions made by the anti-doping body.

A series of reforms put forward by WADA's governance review group were criticised by athletes, with leading campaigner and British Paralympic medallist Ali Jawad saying they were an "insult" to those who have called for change.

Jawad had earlier sent a set of alternative proposals on behalf of the Athletes for Clean Sport group to WADA, which included a suggestion that athletes be given at least three seats on the Executive Committee.

The review group were "unable to reach a consensus" on increased athlete representation, however.

Britain's Adam Pengilly, a member of the panel, told insidethegames the proposals "do not go far enough" and admitted his disappointment at the failure to reach an agreement on further representation for athlete.

"It has bullied and disheartened athlete voices."

Olympic cycling champion Callum Skinner, one a group of athletes to have endorsed a complete shake-up of WADA, accused WADA's leadership of "suppressing and demeaning athlete voice".

"Athletes have started a march," said Helleland in her opening address.

"A march for transparency, independence and change."

American swimmer Lilly King, the double Olympic and four-time world champion, also spoke at the summit and claimed they wanted to "reform not dissolve" WADA.

King, involved in a feud with Russian convicted drugs cheat Yulia Efimova at the Rio 2016 Olympics, added "this group here today is essentially what WADA should be" in reference to the attendees.

Further discussion and debate is expected at WADA's Foundation Board meeting in Baku on November 15.

"We welcome debate on this issue and we promote people's right to discuss and promote reforms," WADA added in its statement.

"But unfortunately, it would seem as though only one side of the story was heard in Washington today."

USADA chief executive Travis Tygart accused the WADA leadership of "trying to pull the wool over peoples’ eyes once again" in response to WADA's claim that they were not invited.

Tygart pointed to the attendance of three Executive Committee members in Helleland, even though she was not there as a WADA representative, New Zealand's Clayton Cosgrove and USADA chairman Edwin Moses.

Moses is not a full voting member of the Executive Committee, however, and attends meetings in his capacity as chairman of the Education Committee.