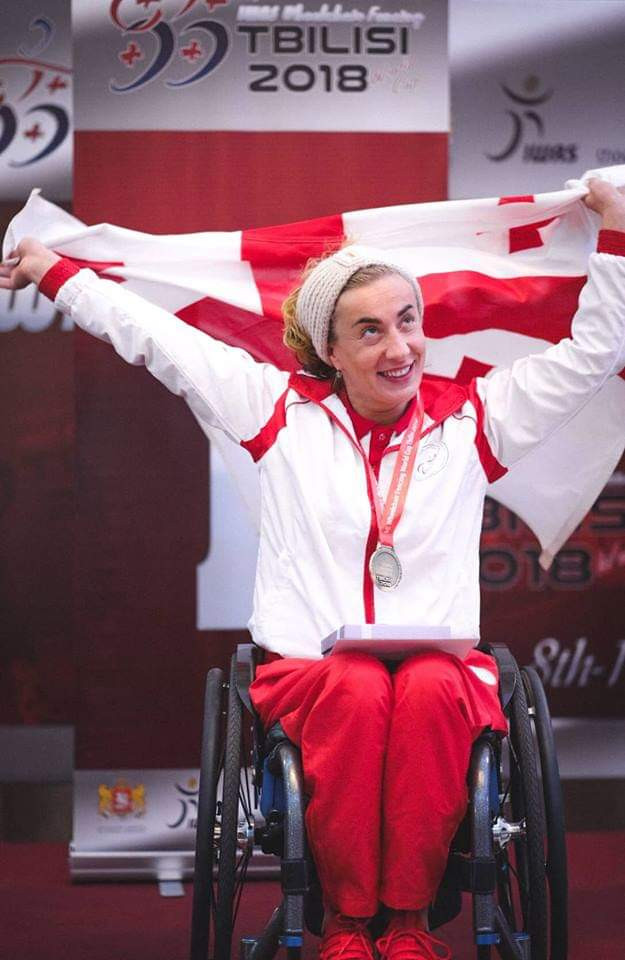 The host nation had a first medal to celebrate on day three of the International Wheelchair and Amputee Sports Federation's (IWAS) Wheelchair Fencing World Cup in the Georgian capital Tbilisi.

And it was gold as Irma Khetsurinai won the women's foil B title.

Khetsuriani, who had produced Georgia's previous best result by finishing fifth in the women's sabre B event, defeated Anastasiya Kastsiuchkova of Belarus in the final.

Nataliia Morkvych added gold to bronze in winning the women's sabre A class.

The Ukrainian, who finished joint third in the women's foil A class on the opening day, beat fellow countrywoman Yevheniia Breus in the final.

And she did it again too! #IrmaKhetsuriani wins World Cup in wheelchair #fencing in Tbilisi, making our country proud again.
Congrats #Georgia's golden girl!@IWASFencing pic.twitter.com/0wGRph6iTq

Osvath, who won the earlier men's foil A event, was defeated on this occasion by China's Li Hao.

Bronze was shared by Andrii Demchuk of Ukraine and Russia's Viktor Dronov.

In the men's sabre B competition, gold went to Italy's Alessio Sarri, who defeated Russia's Alexander Kurzin in the final.

This is the first event to take place in the qualification period for Tokyo 2020, with performances contributing to a rankings list that will determine qualifiers for the Paralympic Games.

The final day will involve action in the foil female team and epee male team events.