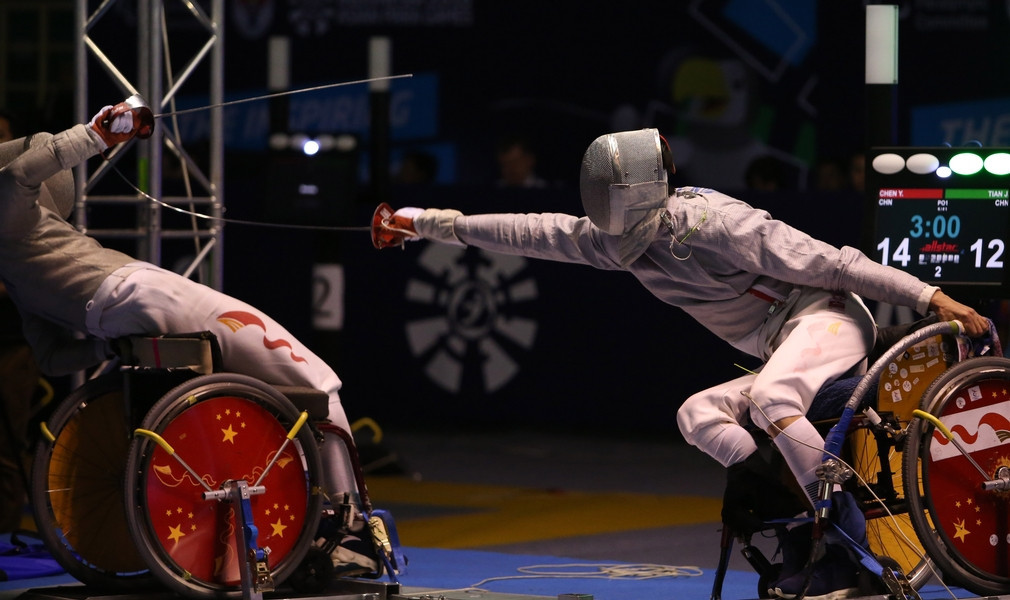 The road to the 2020 Paralympic Games is due to begin tomorrow with the International Wheelchair and Amputee Sports Federation's (IWAS) Wheelchair Fencing World Cup in the Georgian capital Tbilisi.

A total of 130 athletes from 20 countries are set  participate in a competition scheduled to finish on Sunday (November 11).

It is the first event to take place in the qualification period for Tokyo 2020, with performances contributing to a rankings list that will determine qualifiers for the Games.

This will also be Georgia's first time in hosting the IWAS Wheelchair Fencing World Cup.

The World Cup features the foil, sabre and épée events in categories A-C in both the men and women's competition.

Georgia's first female wheelchair fencer and world champion Irma Khetsuriani is due to compete in the sabre category B, while Paralympic champion Jingjing Zhou of China will participate in the women's épée category A.

In the men's competition, Pierre Mainville of Canada will feature in the men's sabre category B after winning gold at the Americas Championships in September.

He will compete alongside winner of the European Championships ,Adrian Castro of Poland.

European champion of the men's foil category B, Italy's Marco Cima, will be competing in the same event in Georgia, as will world champion Dmitri Coutya of Britain.