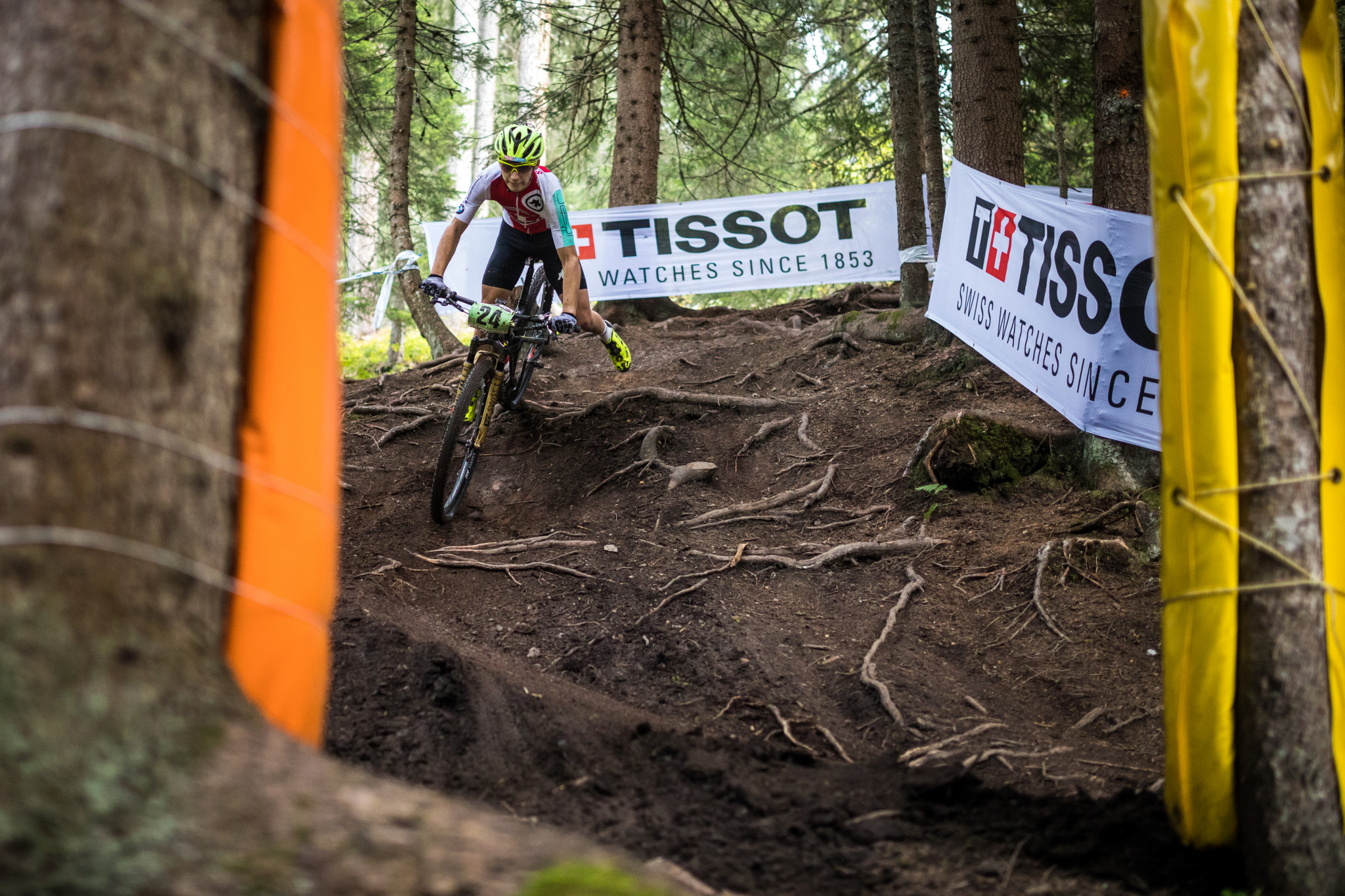 Balmer used every ounce of energy as he timed his attack for the line to perfection, crossing in 1hr 13min 45sec to add the individual title to his relay gold from yesterday.

The Swiss rider collapsed immediately after his victory was confirmed as Germany's Leon Kaiser, who attacked at the start of the last lap, was two seconds behind in silver medal position.

Bronze was claimed by Mathis Azzaro of France, who finished over a minute down on Balmer.

"I just kept calm, but it was very long and difficult," said Balmer.

"Leon went crazy on the uphill, but I was able to come back; it was a crazy race.

"I am usually not so good at altitude, so I'm very happy with this race; it has been a perfect season."

Stigger led from start to finish on her way to completing the event in 1:09.46.

The Austrian ended comfortably ahead of the rest of the chasing pack, with Czech Republic's Tereza Saskova taking silver, three minutes adrift of Stigger.

The bronze medal went to Harriet Harnden of Britain.

The event is due to continue tomorrow with under-23 cross-country events.