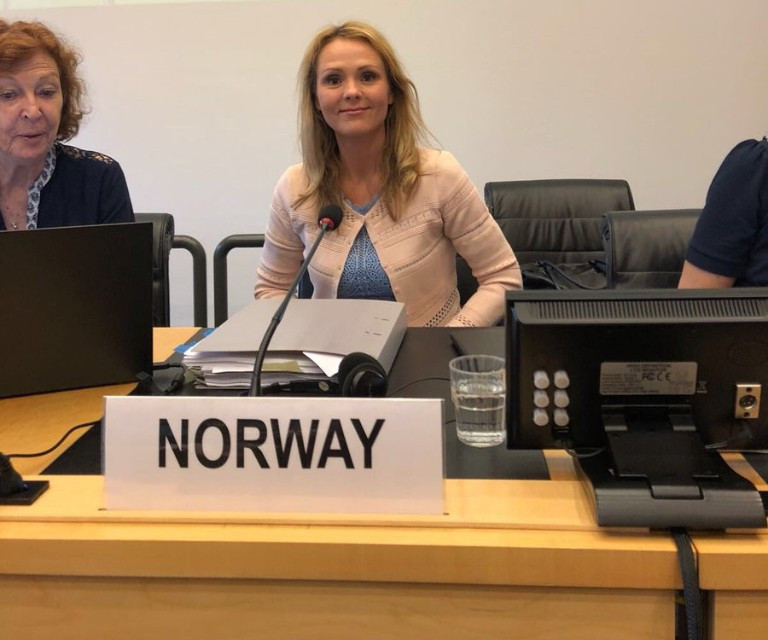 World Anti-Doping Agency (WADA) vice-president Linda Helleland has confirmed her intention to stand to succeed Sir Craig Reedie as President when the Scot steps down next year.

The Norwegian Minister of Children and Equality told BBC Sport she would run for the top job as there was a "need for change" within WADA.

It had been widely expected that Helleland, elected WADA vice-president in November 2016, would stand to replace Sir Craig, whose term comes to an end in November 2019.

Her candidacy will almost certainly be opposed by the International Olympic Committee (IOC), who are thought to be positioning a challenger to the Norwegian.

The WADA Presidency rotates between Government representatives and those from the sports movement.

Sir Craig was re-elected for a second and final three-year term in November 2016 and his tenure at the helm of the organisation will come to an end at the World Conference on Doping in Sport in Katowice from November 5 to 7 in 2019.

Helleland has been a controversial figure during her spell as vice-president and has publically criticised the IOC for their handling of the Russian doping crisis.

The 40-year-old also called for a comprehensive review of the Russian scandal after claiming athletes and the public had lost trust in the anti-doping system.

This proposal was rejected by the WADA Executive Committee at their meeting in Montreal last week but Helleland vowed to revise the plan before submitting it prior to the next gathering of the 12-member body in the Seychelles in September.

"I would like to be the next President of WADA," Helleland told BBC Sport.

"But also it needs a more equal partnership and right now the perception is that the Olympic Movement is the strongest partner.

"We need to strengthen the role of the Governments, and I want to do that.

"The most important thing for me is that we have a good President committed to making WADA stronger and more independent.

"I want to put my effort and energy into what I can change."

Helleland was subjected to a backlash from IOC and sports movement officials at the Foundation Board meeting in Montreal when the issue of her proposed review was raised.

Concerns were also raised, however, by public authority representatives regarding how Helleland and others were treated during a fractious Executive Committee meeting.

"Speaking as a young woman, there are methods I thought were last used in Norway 20 or 30 years ago that are alive in the international sports movement," Helleland added.

"And it's very far from my values of respect and tolerance.

"I come from a country where gender equality, transparency and democratic processes are of the highest importance, and I want the sports movement to be more like that."

Helleland would become the first female WADA President if she is successful with her campaign.

The replacement for Sir Craig will be the fourth head of the organisation, founded in 1999.