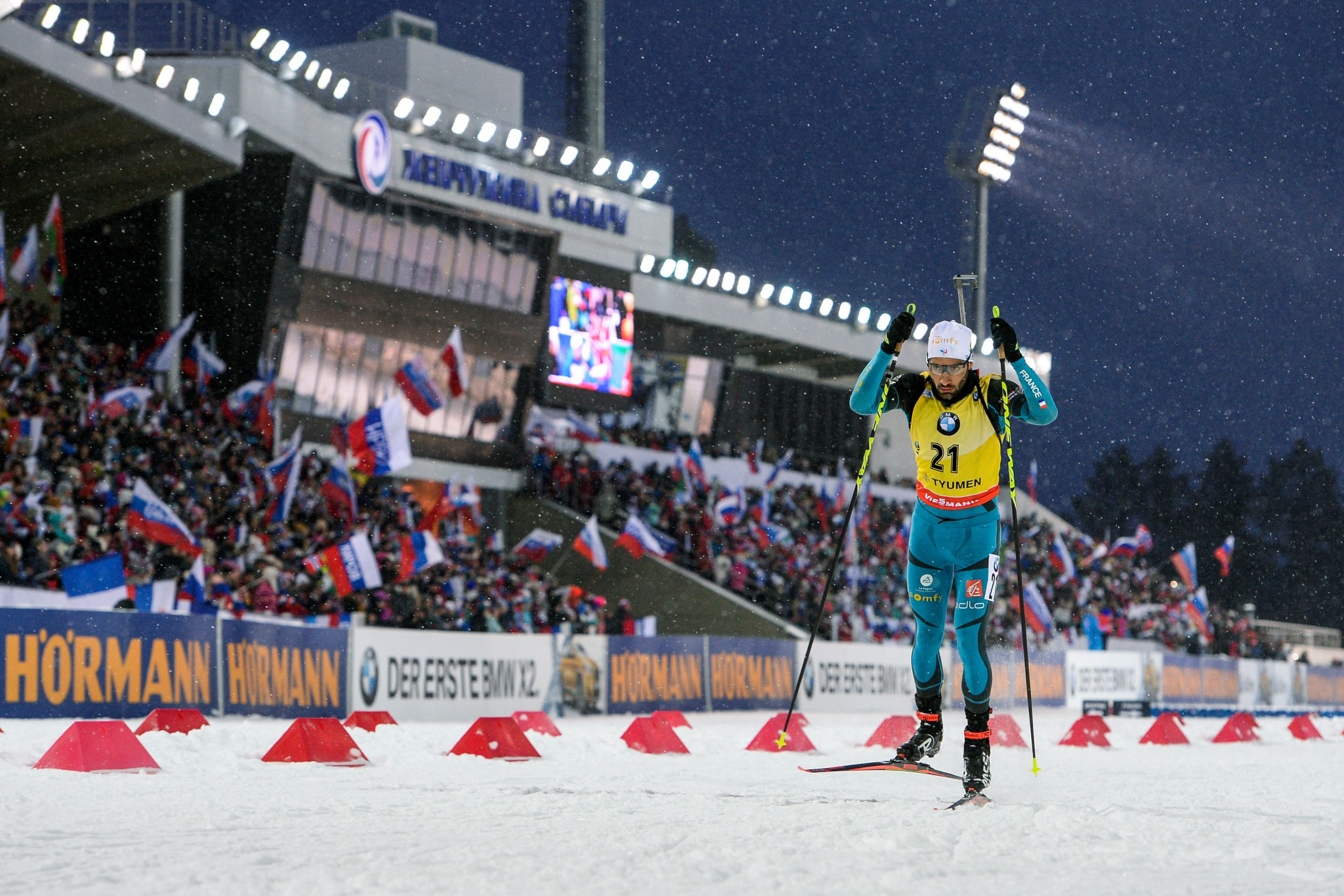 Russia will not stage an International Biathlon Union (IBU) World Cup event for at least four years after the country was excluded from the list of host nations on the 2020-2021 and 2021-2022 competition calendars.

The IBU refused to consider bids from the Russian Biathlon Union (RBU), which remains a provisional member following the doping scandal, for any World Cup, IBU Cup or Junior Cup events as the country was non-compliant with the World Anti-Doping Agency (WADA) at the time of the application phase.

It follows the Congress passing a rule to "only allow IBU events to be awarded to, and hosted by, member federations who have code-compliant National Anti-Doping Organisations and who are WADA Code-compliant both during the event bidding/award process and when the subsequent event is held".

The confirmation of the schedule for the next two campaigns means Russia will not be able to stage a major biathlon event until after the 2022 Winter Olympic Games in Beijing.

The Russian city of Tyumen hosted the World Cup finals in March of this year after the IBU declined to move the competition despite the fallout from the doping scandal.

It led to a fierce backlash from athletes and countries including the Czech Republic, Canada and the United States boycotted the event in protest.

The RBU is still a provisional member after the Congress refused to reinstate the governing body in September, which meant they could not vote in the Presidential election.

A criminal investigation into claims Russian doping cases were covered up by the previous leadership remains ongoing, while the IBU recently decided to conduct their own external review of the allegations.

The IBU appointed English lawyer Jonathan Taylor to chair the External Review Commission, which will provide a report to the Executive Board.

The criminal probe centres on Anders Besseberg and Nicole Resch, the former IBU President and secretary general respectively, and concerns possible doping, fraud and corruption involving Russian athletes following a raiding of the IBU's headquarters based on a tip-off by WADA.

Otepää in Estonia and Minsk-Raubichi in Belarus are the newest additions to the World Cup calendar and will each stage events in 2022.

The 2020-2021 season will begin in Kontiolahti in Finland and finish in Oslo, while the following campaign will start in Östersund and conclude in the Norwegian capital.

Beijing is set to stage a World Cup competition in 2021, the year before it hosts the Winter Olympics and Paralympics.

"We are delighted to have completed the competition calendar for the new Olympic cycle," said IBU President Olle Dahlin.

"This calendar reflects the growing number of high-standard biathlon venues in many countries across the globe."