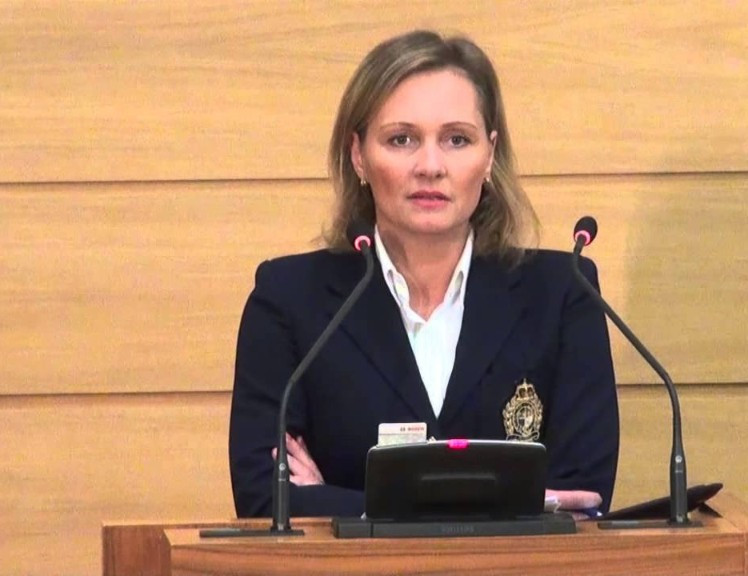 International Biathlon Union (IBU) Presidential candidate Baiba Broka has claimed it is "unlikely" the emergence of four fresh doping cases involving Russian athletes will hamper the country's bid for reinstatement as a full member of the worldwide governing body.

It comes despite Broka warning that more athletes from the scandal-hit country could be charged with anti-doping rule violations as it "cannot be ruled out that new information about violations by Russian athletes in the past will come out".

The IBU announced yesterday that four biathletes from Russia had been found guilty of doping offences but did not reveal their identities.

It is thought the cases have been brought against the athletes based on the McLaren Report and the Moscow Laboratory Information Management System (LIMS) database obtained by the World Anti-Doping Agency.

The news was met with consternation in Russia, with Mikhail Degtyarev - chairman of the State Duma Committee for sport, tourism and youth affairs - claiming the announcement was deliberately timed to pressure countries to maintain the Russian Biathlon Union's (RBU) provisional IBU membership.

The RBU was relegated from full membership to provisional membership in December 2017 as punishment for the country's doping scandal.

Broka, the Latvian politician who is standing against IBU vice-president for development Olle Dahlin for the IBU Presidency, has claimed the status of the RBU should not be adversely affected by the four doping cases announced by the IBU.

She has previously been forced to dismiss rumours that Russia are leading her campaign following reports that the country is lobbying heavily for her as they feel she would take a more sympathetic stance towards the RBU.

Broka added that she would "personally" ask the IBU's Anti-Doping Panel about the four new Russian anti-doping rule violations.

"If these are dooping cases that were in the past, they are unlikely to affect anything," Broka was quoted as saying by Sport Express.

"In this case, they already served as one of the grounds for punishing the RBU.

"I repeat that the main thing in the process of restoration is the fulfillment of conditions.

"Then the RBU will have all the grounds for restoration."

Degtyarev had earlier claimed the cases against the four were announced to influence voting delegates at the IBU Congress, where the RBU's membership is one of the top items on the agenda.

"The mentioned athletes have long finished their careers," he told Sport Express.

"Abroad, there is a great desire to warm up the doping theme, which has subsided."

The announcement from the IBU came just over a week before the Presidential election at the Congress in Poreč on September 7.

The winner of the election, which has turned bitter in recent weeks after Dahlin told insidethegames he was aware of the rumours of Russian lobbying for Broka, will replace Anders Besseberg.

He stood down earlier this year after criminal prosecutors opened an investigation into the Norwegian and former secretary general Nicole Resch which focuses on possible doping, fraud and corruption.