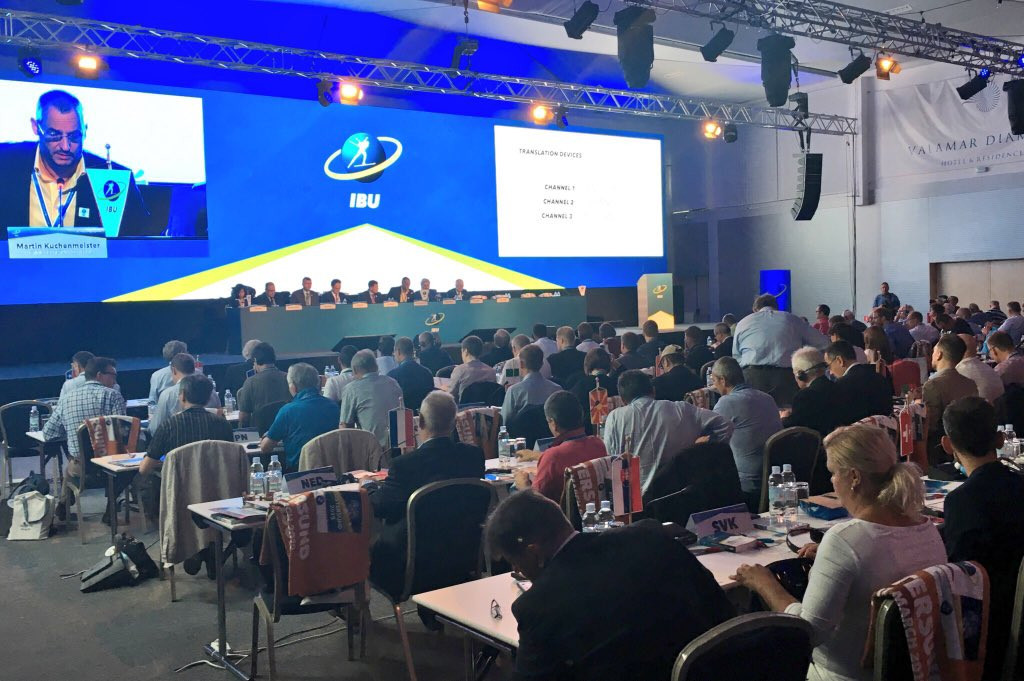 Russia will remain a provisional member of the International Biathlon Union (IBU) after the Congress narrowly voted against the country's reinstatement.

insidethegames understands the Russian Biathlon Union (RBU) fell six votes short of regaining its status as a full member at the Congress in Poreč today.

The RBU needed a 50 per cent majority of the 51 votes but received only 20, with 29 voting against Russia and two abstaining.

The decision means Russia will remain a non-voting member of the IBU but their athletes can still compete at major competitions including the World Championships and World Cup events.

Kenya was today expelled from the IBU, while the Dominican Republic's provisional status was maintained and Ireland became a full member.

RBU President Vladimir Drachev admitted on the eve of the vote that "a number of countries" were opposed to the governing body, relegated to provisional membership status as punishment for the Russian doping scandal in December, being reinstated.

Following the vote, Drachev claimed the RBU would have succeed if it was a "closed" vote, hinting that some had been pressured into choosing to maintain the provisional membership.

The four-time world champion had previously claimed that the emergence of four fresh doping cases involving Russian athletes - announced by the IBU last week - would not hamper their chances.

The identities of the competitors have not been confirmed but Russian media reported the athletes include Olympic gold medallists Svetlana Sleptsova and Evgeny Ustyugov, as well as Alexander Pechenkin and Alexander Chernyshov.

It is thought the cases have been brought against the athletes based on the McLaren Report and the Moscow Laboratory Information Management System database obtained by the World Anti-Doping Agency.

Sleptsova, part of the Russian team which won the relay gold medal at the 2010 Winter Olympic Games in Vancouver, appeared to confirm she was involved as she hit out at the "ridiculous" accusations on Instagram.

"We have been warned against giving details of the IBU accusations at the moment, but these accusations are ridiculous," she said.

"This so-called 'evidence' is based on accusations of [whistleblower] Rodchenkov.

"This is a long-running situation and to be honest my anger has exhausted."

The vote on Russia comes before the World Anti-Doping Agency is due to make a similar decision on the country at a meeting in the Seychelles on September 20.

It also follows the opening of a criminal investigation into former President Anders Bessberg and ex-secretary general Nicole Resch after a raid was conducted on the IBU's headquarters by Austrian police earlier this year.

The probe into the now departed duo focuses on possible doping, fraud and corruption.

Besseberg and Resch have been accused of accepting bribes amounting to $300,000 (£211,000/€243,000) and other benefits in return for a favourable stance towards Russia - but deny wrongdoing.