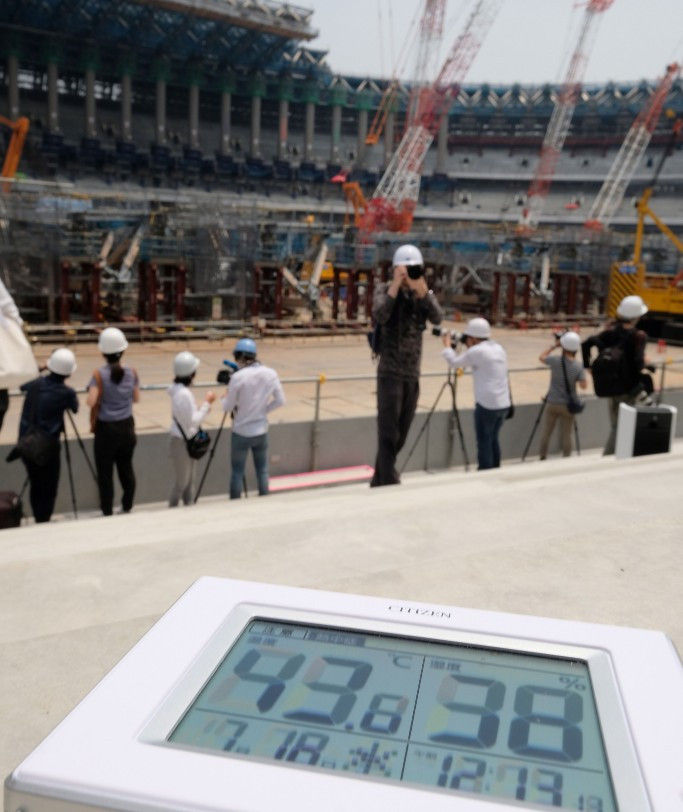 The Olympic marathons at Tokyo 2020 should start at 5.30am to minimise the risk of heatstroke to the runners, a group of influential Japanese doctors urged today.

Japan suffered a record heatwave this year with temperature reaching 41.1 degrees Celsius (106 Fahrenheit) and concerns are high that similar conditions in 2020 could disrupt the Games and pose health issues for athletes and spectators alike.

At least 96 people died of heatstroke across Tokyo's 23 wards in July.

The International Olympic Committee (IOC) and Tokyo 2020 organisers have already moved the marathon start time up 30 minutes to 7:00am.

"We are seriously concerned about it," Kimiyuki Nagashima, a senior official with the Japan Medical Association, told Agence France-Presse (AFP) today.

"If the risk of heatstroke is high for not only athletes but also staff members and the audience, there will be a rising demand for emergency services, which will have serious impact on medical institutions and regular patients."

Both groups have called for the start times to be moved to 5:30am.

They met with Tokyo 2020 officials earlier this week to press the case to switch the start times of a race due to start and finish in the Olympic Stadium.

"We wouldn't have visited the [Tokyo 2020] Organising Committee if we'd thought it was only slightly worrying...we fear the current plan could lead to deaths," Haruo Ozaki, President of the Tokyo Medical Association, told AFP.

The number of deaths in July marked a four-fold increase in comparison with the same month last year, the Tokyo Medical Examiner's Office revealed, and rose significantly in the second half of the month as temperatures soared.

The Fire and Disaster Management Agency said that 57,534 people across Japan were taken to hospitals either due to heatstroke or heat exhaustion between April 30 and July 29.

This included 125 people who died across the country.

Masa Takaya, a spokesman for Tokyo 2020, revealed the doctors had presented "a serious opinion based on expert knowledge".

"We'll share it with working groups of the IOC and IPC (International Paralympic Committee)" that are discussing issues of heat, he told AFP.

The course is due to be a relatively flat route with an uphill finish leading to the new Stadium that is still under construction.

The course includes many traditional parts of the city, including the Ginza shopping area, the Imperial Palace - the primary residence of the Emperor of Japan - and Nihonbashi, the historic centre of the city.