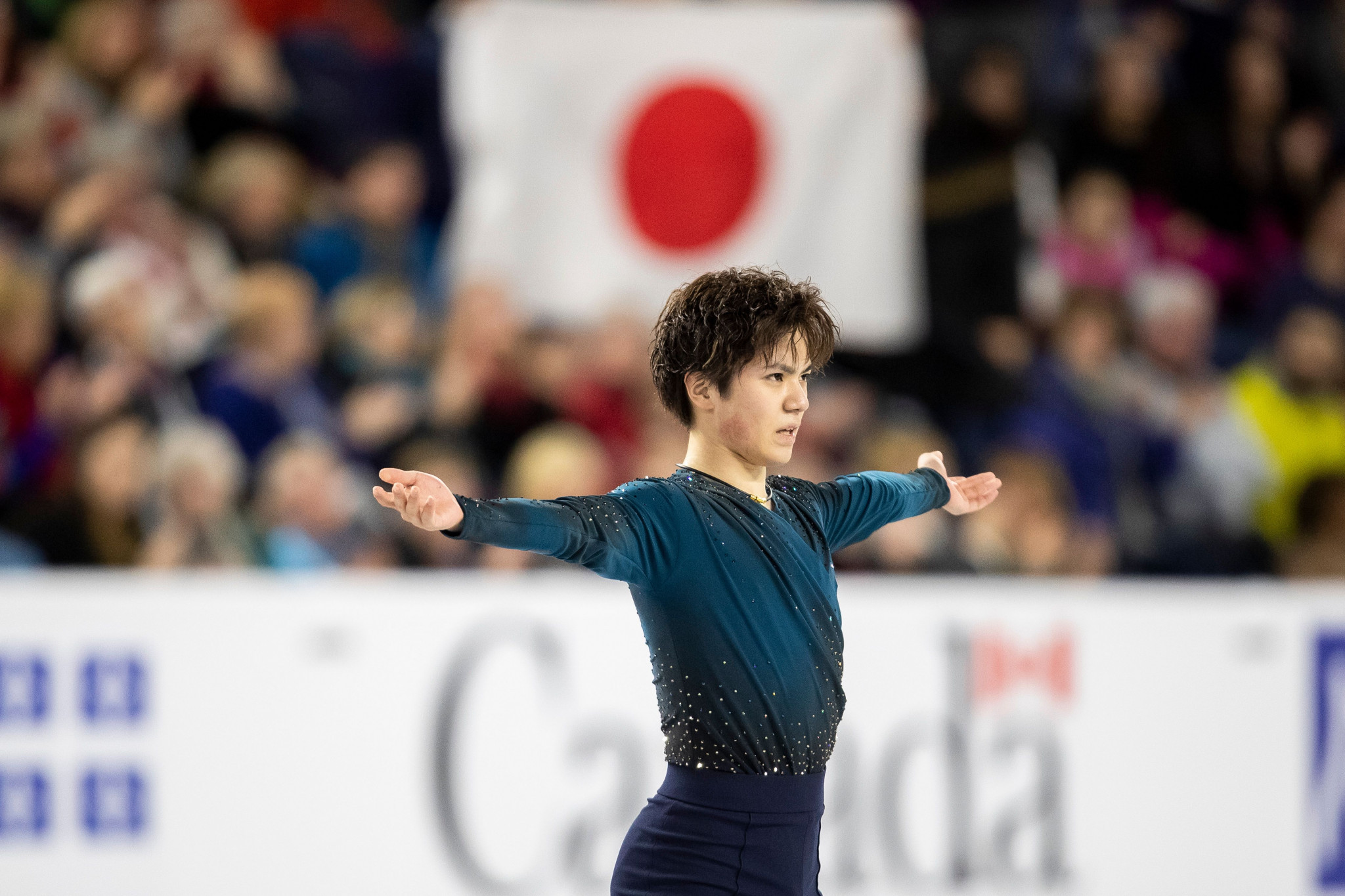 World and Olympic silver medallist Shoma Uno of Japan fought back in the free skating to take the men's gold medal at Skate Canada in Laval today.

The 20-year-old's performance to Moonlight Sonata by Ludwig van Beethoven was highlighted by three clean quadruple jumps - a flip and two toeloops.

He scored 188.38 points for a total of 277.25, moving up from second place at Place Bell, which is hosting the second leg of the 2018-2019 International Skating Union (ISU) Grand Prix of Figure Skating season.

A fourth quad, the Salchow, was under-rotated.

"I thought I'll go all out from the beginning, so I went at 100 per cent from the start.

"That's probably why I did get a bit tired at the end.

"I made mistakes on the last two jumps, so this is something I'll take as a task for the next competition."

Overnight leader and home favourite Keegan Messing tripled his planned quad Lutz but then went on to hit a quad toe and five triples, including two Axels, as well as excellent spins in his Charlie Chaplin routine.

Skating to the Romeo and Juliet soundtrack by Craig Armstrong, South Korea's Cha Jun-hwan missed his opening quad toe but pulled himself together to produce a quadruple Salchow, a triple Lutz-triple loop as well as two triple Axels and two more clean triples.

Messing and Cha secured their first medals on the ISU Grand Prix of Figure Skating circuit.

Fifteen-year-old Yamashita, who was competing in her first ISU Grand Prix event, scored 136.76 points and was second in the free skating.

The Pyeongchang 2018 Olympic silver medallist picked up 137.08 points to win the free skating and accumulated 197.91 overall.

Japan's Wakaba Higuchi dropped from second place to sixth after making some errors, finishing on 181.29 points.

The world bronze medallists set a season's best 147.30 points in the free skating and racked up 221.81 overall.

China's Cheng Peng and Yang Jin ranked fourth in the free skating with 129.08 points, but overall held on to second place with 201.08.

The bronze medal went to Canadians Kirsten Moore-Towers and Michael Marinaro, who picked up 129.67 points and accumulated 200.93 overall.

In the ice dancing competition, the United States' Madison Hubbell and Zachary Donohue claimed their second consecutive ISU Grand Prix gold medal and became the first skaters to qualify for the ISU Grand Prix of Figure Skating Final in Vancouver in December.

The world silver medallists ranked second in the free dance, scoring 120.27 points for a total of 200.76.

Russia's Victoria Sinitsina and Nikita Katsalapov secured the silver medal, edging Hubbell and Donohue for first place in the free dance with 120.51 points but remaining in second overall with 195.17.

Canada's Piper Gilles and Paul Poirier rose from sixth place after the rhythm dance to grab the bronze medal.