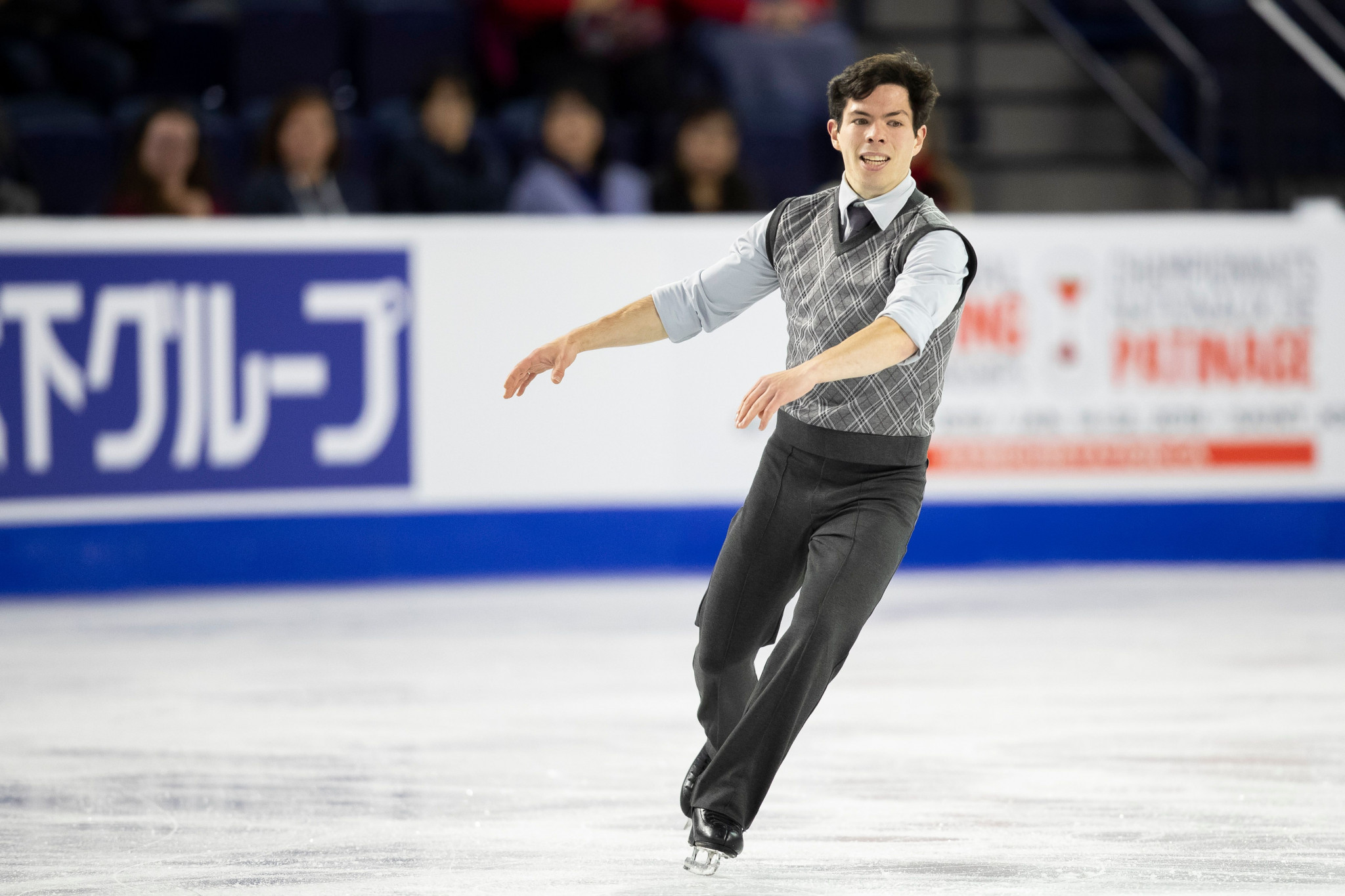 Keegan Messing delighted the home crowd by topping the men's short programme standings on day one of Skate Canada in Laval.

The 26-year-old delivered a strong performance to the jazzy You've Got a Friend In Me, nailing a quadruple-triple toeloop combination, a triple Axel, a triple loop and fast, well-centered spins.

It earned the 2018 Canadian silver medallist a season's best score of 95.05 points at Place Bell, which is hosting the second leg of the 2018-2019 International Skating Union Grand Prix of Figure Skating season.

"The programme felt very comfortable out there," Messing said.

"It started off with me watching Nam [Nguyen] put down a clean programme and he got a standing ovation.

"It made me feel like I had more energy to go out and put out a solid performance for myself.

"Everything really felt it came together and I'm excited to go into the long [programme].

"This is my third or fourth Grand Prix event and I finally broke through to the top three.

"I'm feeling very confident with myself, especially after the Olympic and world season last year."

World and Olympic silver medallist Shoma Uno of Japan had to settle for second place on the first day, scoring 88.87 points.

Uno opened his programme to a guitar version of Stairway to Heaven with a quadruple flip, but he stumbled on the back end of his quad toe-triple toe combination and fell on the triple Axel.

He edged out emerging South Korean Cha Jun-hwan who, when performing to Cinderella by Sergei Prokofiev, hit a quad Salchow, triple Lutz-triple loop combination and a triple Axel to pick up 88.86 points.

In the women's short programme, 2015 world and European champion Elizaveta Tuktamysheva of Russia established a comfortable lead with a season's best 74.22 points.

China's Cheng Peng and Yang Jin sit in second place thanks to a season's best 72.00 points.

They are followed by Canadians Kirsten Moore-Towers and Michael Marinaro, who garnered 71.26 points in another season's best.

In the rhythm dance segment of the ice dancing competition, world silver medallists Madison Hubbell and Zachary Donohue of the United States came out on top.

The American champions, who train in nearby Montreal, posted a season's best 80.49 points.

Russia's Victoria Sinitsina and Nikita Katsalapov were second in the first segment of the competition with 74.66 points.

Action in Laval is due to continue tomorrow.