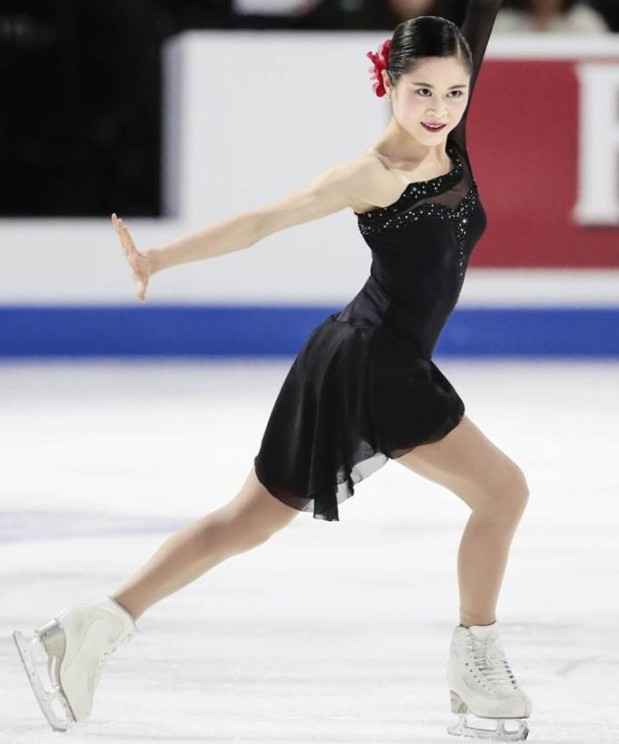 The Japanese skater had cored 73.86 points in the short programme going into today’s women’s free skate at the Winds Arena in the opening event of this season's ISU Grand Prix season.

By earning 145.85 points in the free skating segment, her  total of 219.71 kept her at the top of the standings as she clinched the third Grand Prix victory of her career.

"I was nervous during the performance, so I'm glad," the 20-year-old Miyahara, the bronze medallist at this year's ISU World Championships in Milan, said.

"The best thing was that there wasn't a lack of turns in my jumps at this tournament."

Her compatriot, Kaori Sakamoto took the silver medals by adding 142.85 points in the free skate giving her a total of 213.90.

The top three competitors from the overnight standings kept their places on the podium as Russia’s Sofia Samodurova finished third.

Read a recap of the final competition day 👉 https://t.co/XAsC2U5ywQ pic.twitter.com/iTlHHSMarz

Her total of 213.90 points allowed her to take the bronze medal.

The competition continued in the ice dance event, as Madison Hubbell and Zachary Donohue claimed the gold medal for the host nation.

Finishing on a total of 200.82 points, the American pair maintained their top position from yesterday.

They  topped the table ahead of Charlene Guignard and Marco Fabbri.

The Italian pair scored 192.30 points, with Russia’s Tiffai Zagorski and Jonathan Guerreiro in third place on 181.38.

The event ISU Grand Prix event is due to be the Skate Canada International in Laval in Quebec starting on Friday (October 26).