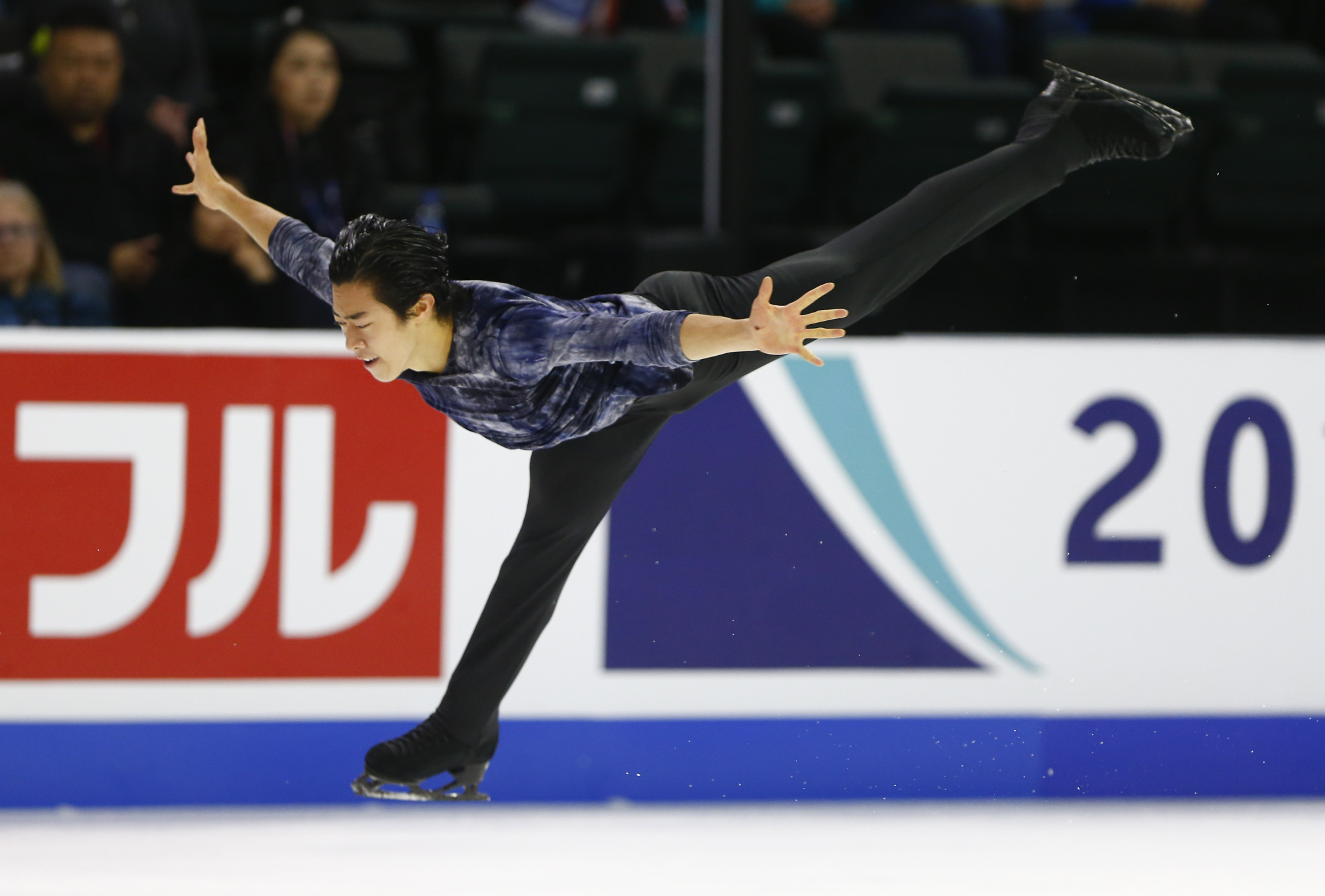 Reigning men's world champion Nathan Chen wrapped up victory at Skate America by the biggest margin in the event's history.

The American excelled on home ice at the first leg of the International Skating Union's Grand Prix of Figure Skating season.

Chen, crowned world champion in Milan this year and an Olympic bronze medallist in the team event at Pyeongchang 2018, led after the short programme at the Winds Arena in Everett in Washington.

"I'm happy with today's skate, definitely a lot of improvement from my last competition and that's really my goal throughout the seasons - just keep on improving from competition to competition," the 19-year-old said.

"In terms of the number of quads, the programme was definitely watered down, but I think that in terms of where I am at in the season right now, it's definitely perfect.

"I'm looking to add more, but at the same time build on everything else."

Czech skater Michal Brezina maintained his second place from overnight to win the silver medal but was someway behind Chen on 239.51.

The American's win is the largest in the 16 years the current points system has been in operation.

Sergei Voronov of Russia moved up one spot to earn the bronze on 226.44, as Malaysia's Julian Zhi Jie Yee dropped to seventh.

There were a couple of errors in their free routine but their score of 204.85 was still enough to win.

"Today we skated a little bit better than yesterday and at the Finlandia Trophy," Tarasova said.

"We started enjoying the programme today."

Americans Ashley Cain and Timothy Leduc jumped up from fourth into bronze on 175.06, as yesterday's third-place finishers Minerva-Fabienne Hase and Nolan Seegert of Germany fell out of the medals to fifth.

They collected 78.43 points and lead despite losing points for a costume failure.

The women's and ice dance events will conclude tomorrow.