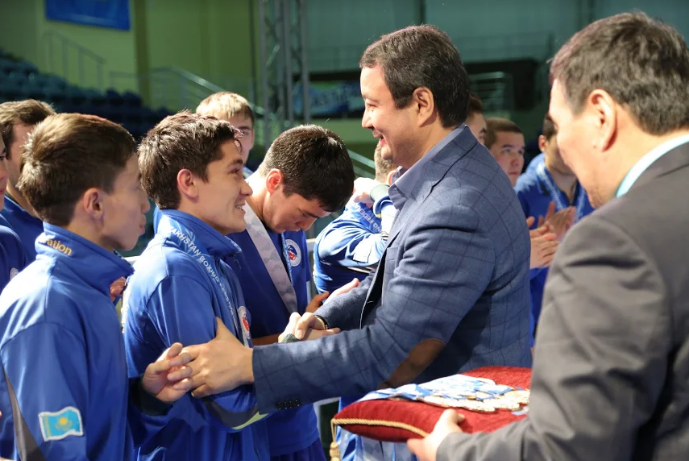 Boxing losing its Olympic status would have disastrous financial consequences for the International Boxing Association (AIBA) and would "kill" the dream of young athletes, Serik Konakbayev has warned as he vowed to "immediately" restore relations with the International Olympic Committee (IOC).

Konakbayev told insidethegames that he would "address the issues of trust and governance facing AIBA and work with the IOC to ensure that AIBA retains its status as an Olympic sport" if he is elected at President at the Congress in Moscow next week.

The Asian Boxing Confederation head is awaiting clearance from the Court of Arbitration for Sport (CAS) to stand in the election following a dispute over whether his nominations were received in time.

Konakbayev said he was "confident" that he will "demonstrate that I met all the requirements to be considered eligible" when he attends a CAS hearing on Monday (October 29).

The CAS is due to announce its verdict the following day, with the decision having potentially far-reaching consequences for AIBA and boxing's Olympic future.

If they decide Konakbayev is ineligible, it would leave interim head Gafur Rakhimov as the only candidate.

The IOC have explicitly warned Rakhimov's candidacy, and his potential election as President, puts boxing's place on the programme at Tokyo 2020 in serious jeopardy owing to his links to organised crime.

Rakhimov is described as "one of Uzbekistan's leading criminals" on a United States Treasury Department sanctions list but denies wrongdoing.

The IOC has suggested an Olympic boxing tournament could still take place at Tokyo 2020 even if they remove AIBA's recognition, which would end their ability to organise it.

"The priority now is to win my appeal and to be able to stand for election," Konakbayev told insidethegames.

"With the short time remaining before the vote I will campaign hard to show that I have the programme and experience to become AIBA President.

"I want to immediately address the issues of trust and governance facing AIBA and work with the IOC to ensure that AIBA retains its status as an Olympic sport.

"This would not just be a financial disaster for grassroots boxing but would kill the Olympic dreams of young boxers.

"The reputation of AIBA has been seriously damaged over the past few years and we need an urgent re-branding programme, but this can only be built on solid foundations."

Konakbayev, who released his manifesto earlier this week, has claimed he has a real chance of winning the election if he is allowed to stand.

The Kazakh official also claims national federations concerned about boxing's Olympic status and the future of AIBA were happy he had declared his intention to run.

A rotational system for members of the Executive Committee, whose reputation has been damaged by the governance scandal, and changes to the way finances are distributed are among the key pledges made by Konakbayev.

"My plan is to ensure that the 'Olympic Dividend' payment coming from the IOC goes to the National Federations via the Confederations, rather than direct to AIBA which is the case at present.

"They know best which issues face each individual national federation.

"These funds will be distributed in an open and transparent way.

"Because the money from the IOC will now be given to the National Federations via the confederations, there is going to be a shortfall at AIBA.

"A key priority will be to secure the necessary funds to allow the AIBA administration to function."

The election is scheduled to take place on Saturday (November 3).