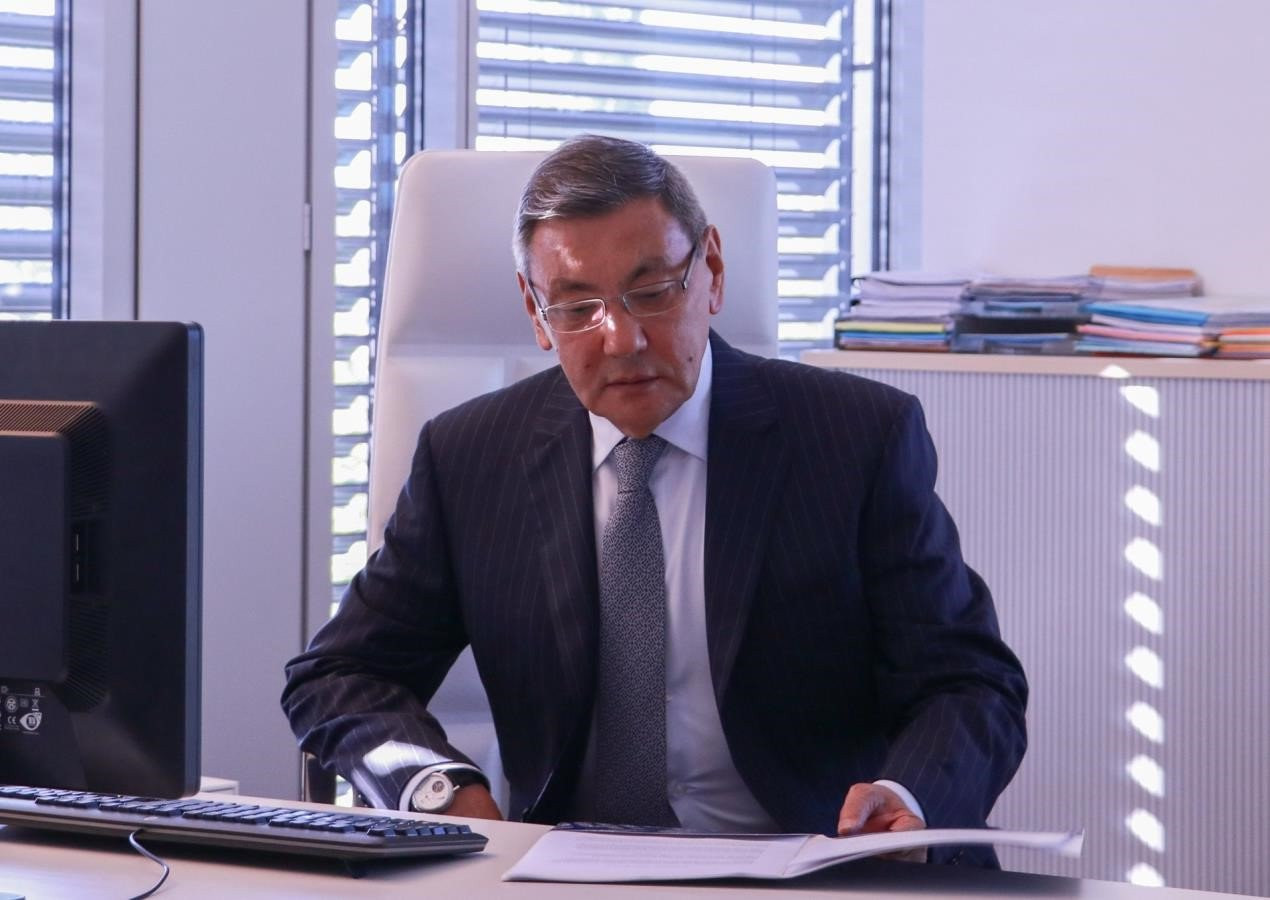 Gafur Rakhimov has hinted he may step aside even if he is elected President of the International Boxing Association (AIBA) should the "issues" with the International Olympic Committee (IOC) and the sport's place on the Tokyo 2020 programme continue after next month's Congress.

The current Interim President, favourite to assume the role on a permanent basis in Moscow next month, told insidethegames that AIBA and Olympic boxing "are more important than any candidate and that includes me".

Rakhimov, who remains on a United States Treasury Department sanctions list as "one of Uzbekistan's leading criminals", also denied any difficulties in AIBA's relationship with the IOC.

It comes despite the IOC directly warning the Uzbek that his candidacy for President has put boxing's place on the Olympic programme in jeopardy.

It has been central to a crisis which has led the IOC to freeze relations with AIBA except at an operational level.

A full rundown of the outcomes of the Congress in the Russian capital on November 2 and 3 will be provided to the IOC.

It will be crucial in determining whether boxing maintains its place on the programme at Tokyo 2020 and whether the IOC remove AIBA's recognition as the governing body for amateur boxing.

"Should I be given the trust by AIBA members and be elected AIBA President, then also details about my position, background etc. will be included in the report to the IOC," Rakhimov told insidethegames.

"I'm convinced that we will then establish a good cooperation between the IOC and AIBA - something which we have already seen this week with the positive feedback from the IOC regarding the excellent boxing competition at the Youth Olympic Games.

"However, should that not be the case because of some temporary issues, then I will, of course, never stand in the way of an Olympic future for boxing, and our new regulations provide a solid process on how to handle such a temporary situation.

"AIBA and Olympic boxing are more important than any candidate, and that includes me, of course."

Rakhimov has made a similar claim to members of AIBA in a letter, seen by insidethegames, in which he outlines his credentials for the Presidency.

Rakhimov, who denies wrongdoing and has attempted to pin the blame on his personal situation on Gulnara Karimova, daughter of the former Uzbekistan President Islam Karimov, promised members that boxing would be "part of the Tokyo 2020 Olympic Games - as it will be part of Paris 2024 Games, the LA 2028 Games and any future Olympic Games".

He could still be the only candidate for President as challenger Serik Konakbayev was omitted from the elections list by AIBA.

Konakbayev has filed an appeal to the Court of Arbitration for Sport (CAS) over his exclusion, which he claims was unfair as he filed the nomination forms before the deadline.

The CAS are due to announce a decision on October 30 and Konakbayev has been allowed to resume his campaign until then.

"Rumours have also circulated about the relationship between AIBA and the IOC, and about how the future of Olympic boxing might be depending on the election of the AIBA President," Rakhimov said.

"I am not sure precisely what this is based on, but I have heard several times that there are concerns about AIBA governance.

"Let me just say this: within just eight months, my colleagues in the Executive Committee and I have made many important changes and improvement to our governance system, our anti-doping work and our judging and refereeing system.

"Many of these important improvements will be put before the Congress and I am very confident that AIBA members will approve them.

"There is, of course, still work to be done, but sometimes I wonder why people now - after all the improvements we have made this year – question the governance of AIBA, when they did not do so in the past years when AIBA governance, anti-doping and judging and refereeing were weak, unclear and in some areas actually opened up for questionable behaviour.

"Many AIBA member federations have asked me that question, and I must admit I that I don't have the answer."

Rakhimov claimed Karimova, jailed on various corruption charges in 2015, and her group of "cronies" were responsible for providing the "false" allegations to the US Treasury Department.

He claimed she had orchestrated a "misinformation campaign against me" and "used the levers of state to harass me".

Rakhimov was removed from a list of alleged criminals who faced arrest if they entered Uzbekistan in July.

"So yes, I am running for AIBA President," he added to insidethegames.

"I do so because I am convinced that I am the right person for the job and I feel it is my duty to help AIBA through this tough patch.

"And no dirty misinformation campaign will change that."