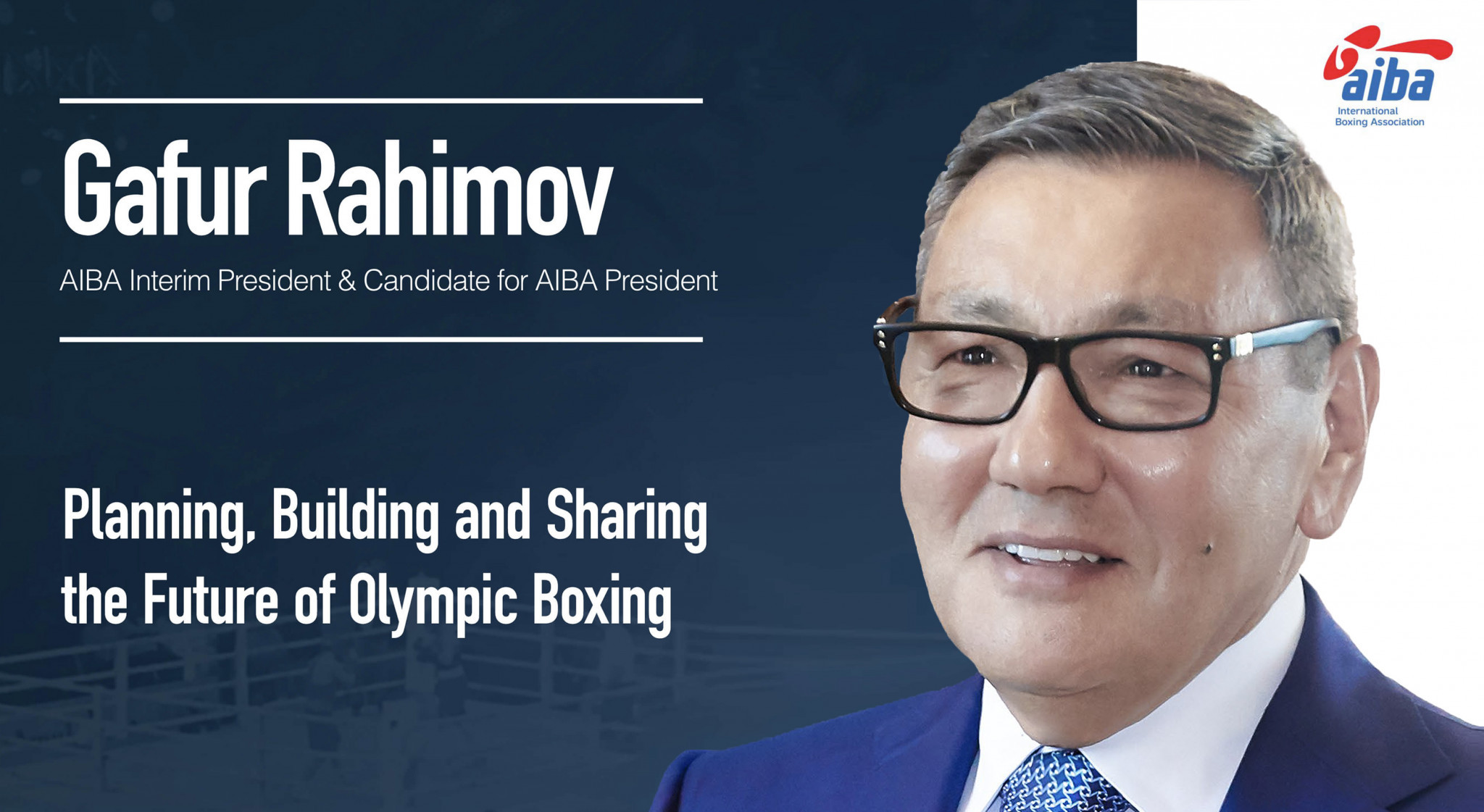 International Boxing Association (AIBA) Presidential candidate Gafur Rakhimov has promised to "personally lead" the development of the organisation's governance systems if he is elected at the crucial Congress in Moscow next week.

Rakhimov, interim AIBA President since January, made the pledge in his manifesto, entitled "Planning, Building and Sharing the Future of Olympic Boxing".

The document, published on a website dedicated to Rakhimov's campaign, outlines four "key pillars" - govern and inspire, develop and grow, educate and empower and tell and sell.

Rakhimov remains the favourite to be elected AIBA President on a permanent basis when the Congress takes place in the Russian capital on November 2 and 3.

Kazakhstan's Serik Konakbayev could still challenge Rakhimov, who remains on a United States Treasury Department sanctions list as one of Uzbekistan's leading criminals, but is awaiting a Court of Arbitration for Sport (CAS) ruling on his candidacy, due to be announced on October 30.

Konakbayev, who released his manifesto earlier this week, is hoping to overturn a decision from AIBA to exclude him from the race.

He submitted his nomination forms a day after the September 23 deadline but claims they are still valid under Swiss law as the cut-off point fell on a Sunday.

Rakhimov is standing despite the International Olympic Committee (IOC) warning his election puts boxing's place on the Tokyo 2020 programme in serious jeopardy owing to his alleged links to organised crime, which he denies.

The 67-year-old has vowed to continually improve AIBA's governance should he be elected President.

He has also claimed he will initiate a "worldwide good governance programme" for AIBA's member federations.

"I will personally lead the work on further developing our governance systems, ensuring that our decision making is truly transparent with strong and solid control mechanisms in place," he writes in his manifesto.

"This will cover all AIBA activities, with a special focus on refereeing and judging and anti-doping."

Development initiatives, including in women's boxing, are among other priorities outlined by Rakhimov in his manifesto.

Rakhimov claims he will also establish a "comprehensive" education programme if he is chosen to lead the embattled governing body.

A part of this will focus on refereeing and judging, one of the concerns highlighted by the IOC with boxing, following the scandal at the 2016 Olympic Games in Rio de Janeiro.

Rakhimov also claims AIBA need to improve their communication strategy as they are currently "not good enough" at telling their story to the media.

"It has been clear to all of you that AIBA and Olympic boxing have over the past years been facing major challenges on several fronts," Rakhimov writes in his introductory speech.

"These challenges combined to create a critical moment in our history, in which the future of our organisation and of our sport was jeopardised, and our relations with the Olympic Movement became strained.

"Should you give me the honour to serve as your President following the AIBA Congress in November, I will do my upmost - together with all of you - to create a future of our beloved sport that will make us all proud."