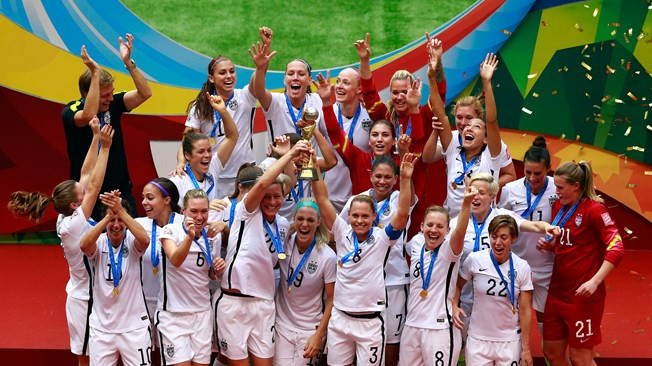 World players union FIFPro has criticised FIFA after the organisation's ruling Council doubled the prize money on offer at the Women's World Cup.

FIFA confirmed following a Council meeting in Kigali that $30 million (£23 million/€26 million) in prize money would be on offer at next year's tournament in France, a 100 per cent increase on the $15 million (£11 million/€13 million) available in 2015.

The allocation of a further $20 million (£16 million/€18 million) to pay for travel, training and to compensate players' club teams was also approved by the Council.

In a statement, FIFPro said, however, that the rise was insufficient and claimed "the changes actually signify an increase in the gap between men's and women's prize money".

Players' unions in Australia, Norway, Sweden and New Zealand had earlier written to FIFA to protest the amount of prize money at the Women's World Cup.

"However, despite these changes football remains even further from the goal of equality for all World Cup players regardless of gender.

"In reality, the changes actually signify an increase in the gap between men's and women's prize money.

"We strongly support our members, women's national-team players in multiple countries, who have written to FIFA in recent days expressing their dismay about the distribution of prize money."

The FIFA Council also agreed to establish a women's football task force to "identify clear goals for the women's game and the mechanisms to reach them" following a recommendation from the Football Stakeholders Committee.

FIFA has now been tasked with forming the group and deciding on a timeline for its objectives.

The Council gave the green light to the the 2023 Africa Cup of Nations moving from January and February to June and July after a proposal from the Confederation of African Football.

A request from the South American Football Confederation to switch their flagship Copa América tournament to even-numbered years from 2020 to align it with the UEFA European Championship was also approved.