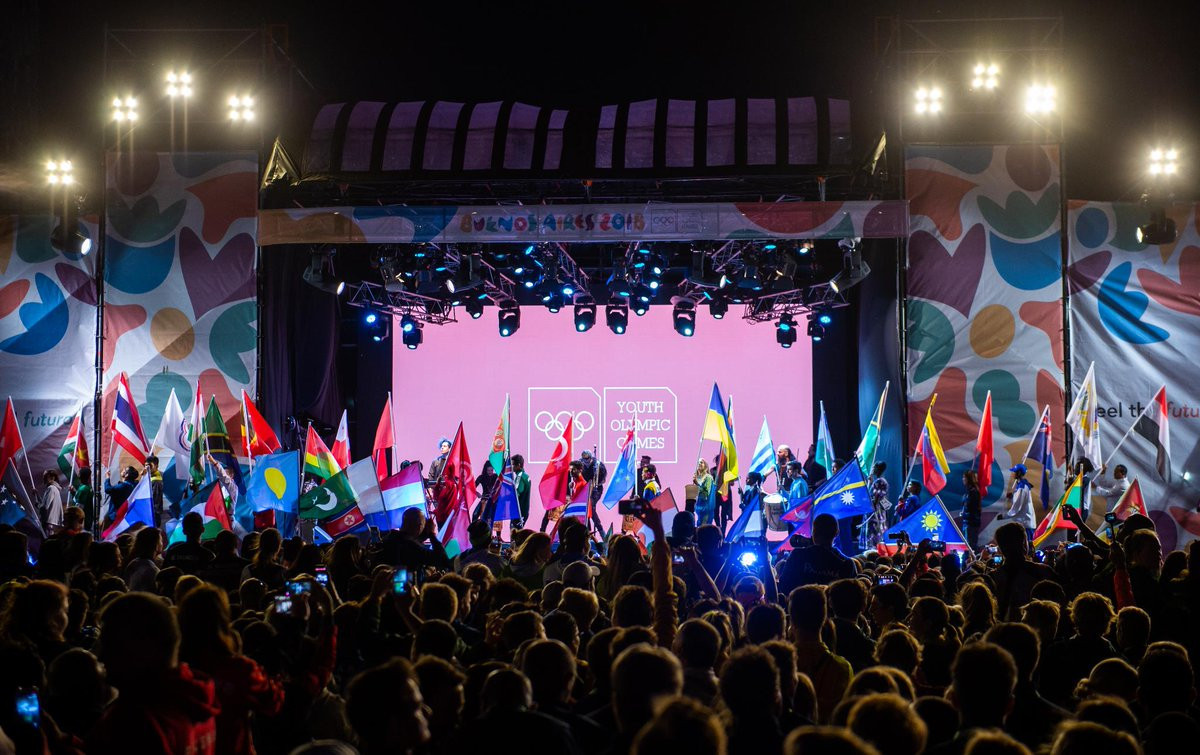 A short and compact Closing Ceremony which broke from tradition brought the curtain down on the 2018 Summer Youth Olympic Games as the flag was passed to the first African host of an Olympic event here tonight.

The third edition of the Summer Youth Olympics was declared closed by IOC President Thomas Bach at the conclusion of a ceremony which lasted for just over 45 minutes.

The scaled-down ceremony took place in an urban setting, where there were no official speeches and the usual athletes' parade was replaced by a flags parade.

The main staple of a Closing Ceremony which was maintained was the handover, where the Olympic Flag was passed to Senegal's capital Dakar, host of the next Summer Youth Olympic Games in 2022.

Dakar Mayor Soham El Wardini received the flag alongside a host of athletes from Argentina and Senegal during the handover ceremony.

Bach then officially brought Buenos Aires 2018 to a close before the cauldron on the Youth Olympic Park was extinguished.

The IOC President praised organisers for staging a "really fantastic Youth Olympic Games", while he also thanked the volunteers and the athletes for their performances.

"We have been celebrating together a great festival of sports and I have enjoyed watching you," Bach said in response to a question from Argentinian hockey player Victoria Miranda.

"Thank you for your great performance, your fair play and your Olympic spirit.

"You really were the best."

Buenos Aires 2018 President and IOC member Gerardo Werthein said the over 4,000 athletes who had competed here had "honoured my country with your performance".

"I want to thank all the team at the IOC, headed by Thomas Bach, for all the support and for giving us the opportunity to do something different," Werthein said.

The ceremony began with an acrobatic performance of various circus disciplines, before Soema Montenegro sang an elongated version of Argentina's national anthem.

Following a montage of the best of the sporting action from the Games, the flag parade took place.

It saw each flagbearer parade their country's flag in front of the crowd while a band performed live on the stage.

The ceremony ended with a short fireworks display, which lit up the Buenos Aires sky.