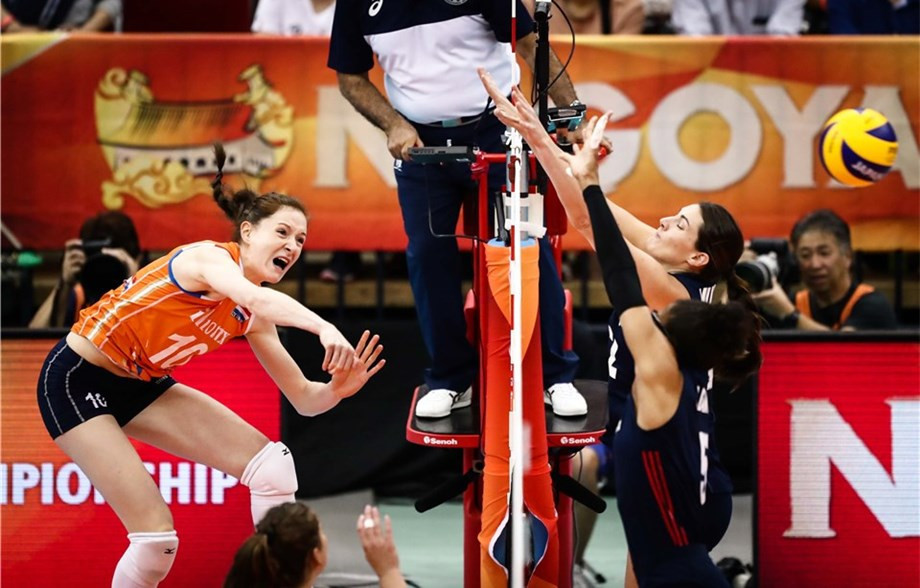 The Netherlands came back from two sets down to beat defending champions United States 3-2 in the third round of the International Volleyball Federation (FIVB) Women’s Volleyball World Championships as Italy also battled through a five-set match to advance to the semi-finals at the Nippon Gaishi Hall in Nagoya.

The pressure of Dutch sustained attacks was too much for the US team and the win marked the first victory of the Netherlands over America in a major world competition since 2007.

"I’m proud of my team," Netherlands coach Jamie Morrison, who praised the strength in depth of the Dutch team, said.

"We continue to find ways to win in difficult situations.

"We had people come off the bench today and do a good job.

"We continue to make history and we are not finished yet.

"I told the team before the third set to take it one point at a time.

"It was a change of mentality and three substitutions that made the difference.

"We have a very deep team.

"We have versatile depth.

"Sloetjes is one of the top three players in the world."

Netherlands captain Maret Balketstein-Grothues was relieved with the win after her team struggled in the early stages of the match.

"We are very happy with the victory," she said.

"We were eight points up and lost the first set but we kept our belief and kept fighting.

"We did an amazing job today and I'm very proud of my team."

Italy’s Paola Egonu also inspired her team to victory as she scored 36 points against Japan.

The momentum of the match alternated between the two sides as they exchanged sets throughout.

Italy took the first and third sets as the hosts fought back to claim the second and fourth.

Ahead of the match, Italy were unbeaten in the competition from nine matches but the Japanese managed to push them the closest, with no other team having scored two sets against them.

Reigning Olympic champions, China and Serbia secured their places in the semi-finals without having to play their final game due to the other results in their pools.