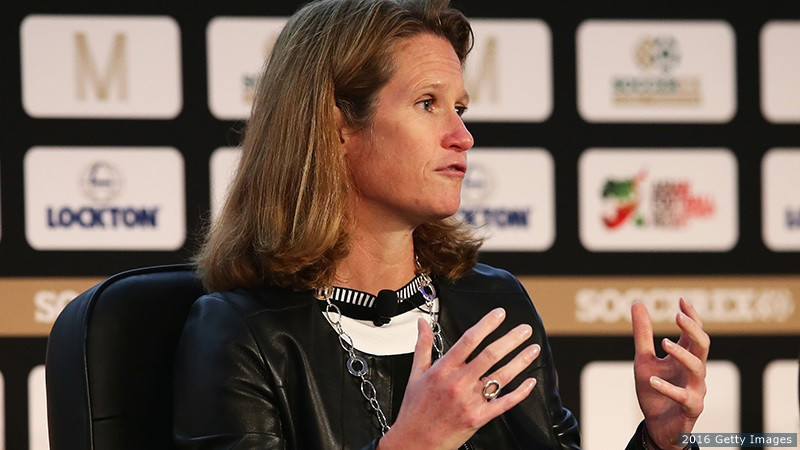 Los Angeles 2028 have named sports executive Kathy Carter as their chief revenue officer, it has been announced.

The 49-year-old, who has previously won the Women in Sports and Events' Woman of the Year award and was on last year's Forbes list of the Most Powerful Women in Sport, has been tasked with achieving more than $5 billion (£3.8 billion/€4.3 billion) in revenue for the Games.

She has also been named chief executive of the joint marketing venture between the US Olympic Committee (USOC) and LA 2028 - US Olympic and Paralympic Properties.

Earlier this year she stood for election as President of US Soccer, but lost to Carlos Cordeiro.

A press release announcing the news said Carter will "lead the Organising Committee in harnessing LA's culture of creativity and optimism" while "developing a brand story" that shows off the best of the American city.

The joint venture will highlight LA 2028's "unprecedented opportunity to inspire the next generation, benefit local communities and re-imagine the future of the Games", it is claimed.

"She is an exceptional leader and I couldn't be more proud to welcome her to the team."

Carter has previously worked as President of Soccer United Marketing, where she was responsible for managing and growing the business operations for Major League Soccer's commercial subsidiary.

She announced her candidacy for the Presidency of US Soccer in December 2017 but eventually lost.

With the US the joint host of the 2026 FIFA World Cup with Canada and Mexico, it is likely Carter could now be working in competition with the body she once hoped to run.

Responding to her new appointment, Carter said there is "nothing else like the energy and excitement of the Olympic and Paralympic Games".

"LA 2028 will set a new standard for creativity, inclusion and optimism in sport, benefiting the Movement for generations to come," she said.

"I am honoured to join the team and have the opportunity to help partners connect with fans and athletes around the world."

USOC chief executive Sarah Hirshland said Carter's vision "will be a powerful guiding force" for the years to come.