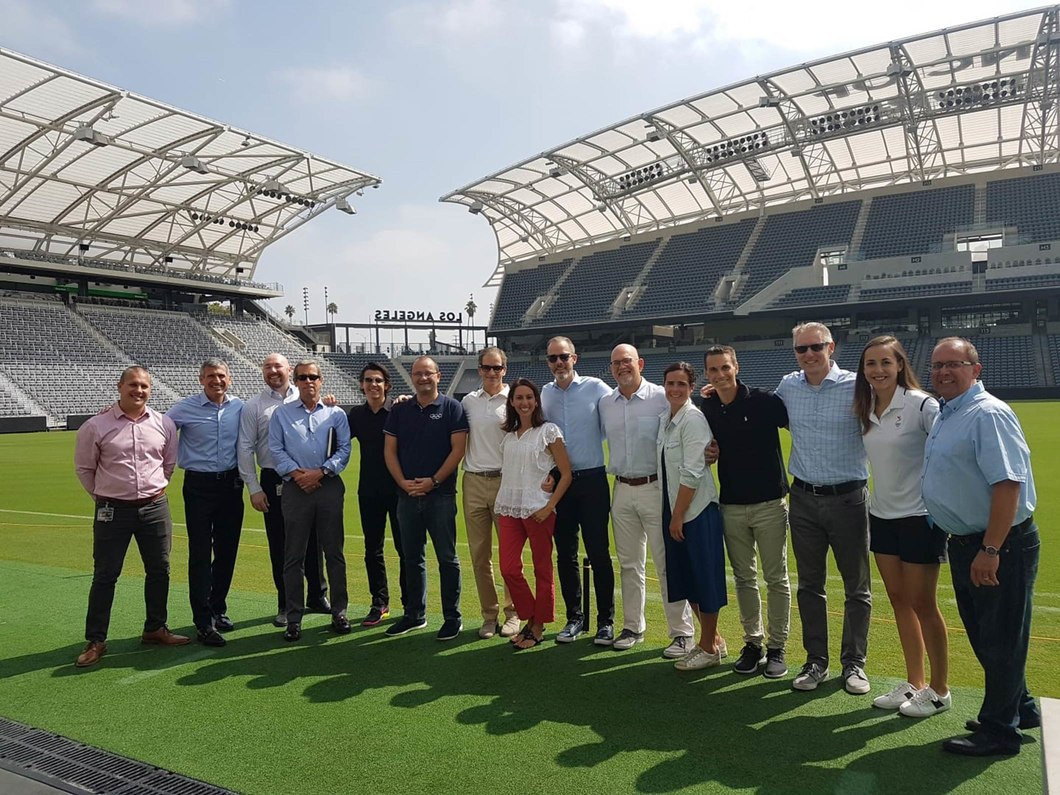 Patrick Baumann, chairman of the IOC Coordination Commission, claimed they were "very pleased with the steps taken" by Los Angeles 2028 since they were officially awarded the Games in September of last year.

Updates were provided by Los Angeles 2028 officials on what the investment of $160 million (£124 million/€137 million) in local youth sports in the decade leading up to the event would be spent on.

Further details are expected to be announced next year after Los Angeles 2028 and the IOC agreed the money would be injected into youth sport infrastructure as part of the tripartite agreement.

The IOC and IPC delegation also visited three venues due to be used at the 2028 Olympics and Paralympics during their inspection of the city's progress.

Discussions were also held on the joint marketing venture between Los Angeles 2028 and the United States Olympic Committee (USOC).

Los Angeles 2028 has already taken its first major steps towards launching its marketing plan to raise $2.5 billion (£2 billion/€2.2 billion) following the establishment of the new structure.

Lisa Baird was also due to be part of the venture but recently announced her departure from her role as USOC chief marketing officer.

"We are very pleased to see the steps Los Angeles 2028 has taken since being awarded the Olympic Games,” said Baumann.

"Los Angeles 2028’s focus in the last year has been on developing plans to deliver unique and unforgettable Games that are also in line with Olympic Agenda 2020’s the New Norm.

"This includes a continued focus on legacy while laying the foundation for a fiscally responsible, values-led organisation that is staffed with a knowledgeable, dynamic team.”