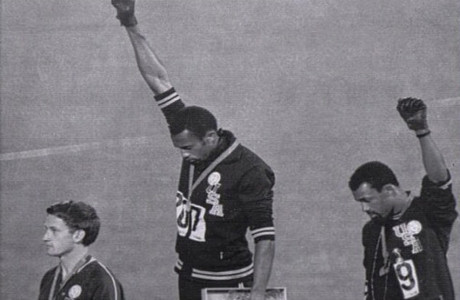 Late Australian Olympian Peter Norman will be honoured with a bronze statue at the Lakeside Stadium in Melbourne.

Norman is still the holder of Australia's 200 metre sprint record of 20.06sec, set at the 1968 Mexico City Olympics which earned him a silver medal.

The statue will also commemorate Norman for his support of the civil rights protest held by black American athletes Tommie Smith and John Carlos, as all three athletes received their medals for the 200m.

Norman wore an Olympic Project for Human Rights badge as the Americans held up one black gloved fist each.

Carlos had left his gloves at the Olympic Village and it was Norman who suggested that the pair take one glove each.

Norman's role in the protest saw him ostracised upon returning to Australia, and he was not selected for the 1972 Munich Games.

His leg was amputated in 1985 after an Achilles injury contracted gangrene, and years of depression, drinking and pain killer addiction followed.

The statue is a joint project between Athletics Australia and the Victorian Government, and follows an Order of Merit awarded by the Australian Olympic Committee (AOC) earlier in the year.

"His remarkable achievements as an athlete were inevitably dwarfed by his support for Tommie and John Carlos.

"Peter left us in 2006 but he has a unique place in our sporting history.

"It was a simple act, standing with those athletes, wearing their badge and telling them he supported them."