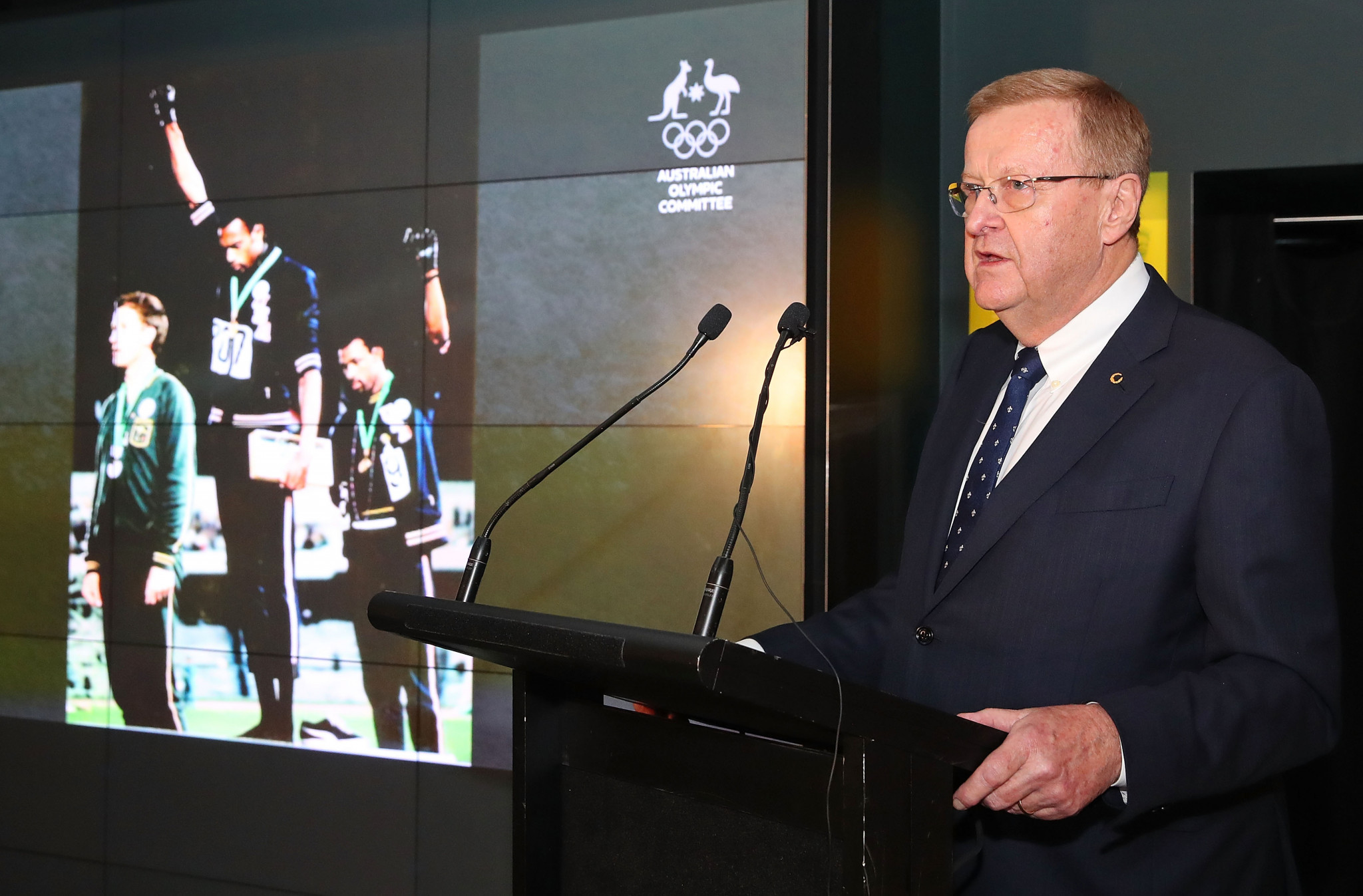 Australia's late Olympian Peter Norman has been honoured in a special ceremony at the National Sports Museum at Melbourne Cricket Ground.

The Australian Olympic Committee (AOC) presented Norman's family with an Order of Merit - its highest award - to acknowledge his support for the civil rights protest staged by black American athletes Tommie Smith and John Carlos when all three stood on the rostrum after the 200 metres final at the 1968 Mexico City Olympics.

Norman, who took silver in what is still an Australian record of 20.06 seconds behind Smith and in front of Carlos, had told his two rivals "I'll stand with you", and wore a badge in support of their cause, the Olympic Project for Human Rights, as they stood with single, black glove-clad fists in the air.

After Carlos had left his gloves at the Olympic Village, it was Norman, who came from a Salvation Army background, who suggested that the pair share Smith's to carry out a salute that Smith later clarified had been for human rights and not black power.

An Order of Merit is awarded to a person who in the opinion of the AOC Executive has achieved remarkable merit in the sporting world, either through personal achievement or a contribution to the development of sport.

In awarding a posthumous Order of Merit, AOC President John Coates - who announced the award at the AOC Annual General Meeting on April 28 - noted that Norman's remarkable achievements as an athlete were inevitably dwarfed by his support for the gold and bronze medallists.

A 2012 CNN profile of Norman noted that "he returned home to Australia a pariah, suffering unofficial sanction and ridicule as the black power salute's forgotten man".

"He never ran in the Olympics again," it continued.

Norman was not selected for the 1972 Munich Olympics despite running adequate times, and was not welcomed three decades later at the 2000 Sydney Olympics.

Carlos later noted that "If we [Carlos and Smith] were getting beat up, Peter was facing an entire country and suffering alone."

In 1985, Norman contracted gangrene after tearing his Achilles tendon during a charity race, which nearly led to his leg being amputated.

In August 2012, the Australian Parliament debated a motion to provide a posthumous apology to Norman.

Coates said that while the recognition was long overdue, the ceremony would be a poignant moment for both the Olympic Movement and the Norman family.

"We have had such wonderful feedback from Peter's family since this decision was taken," he said.

"We are delighted we are able to bring them together in his home town to make this presentation.

"Peter left us in 2006 but he has a unique place in our sporting history.

"It was a simple act, standing with those athletes, wearing their badge and telling them he supported them."

Norman's daughter Janita said the Norman family was immensely proud of the stand taken by her father.

"That pride hasn't diminished with the passage of time, so to accept this award 50 years on has only added to that feeling," she said.

"My father was someone who held strong beliefs and who spoke his mind and yet it's the image of him standing there silently on the podium that has made such an impact on our lives.

"But we are also grateful that his athletic achievement is recognised.

"His Australian record still stands and that too means a great deal to us.

"It won't stand forever of course, but 50 years is not a bad effort."