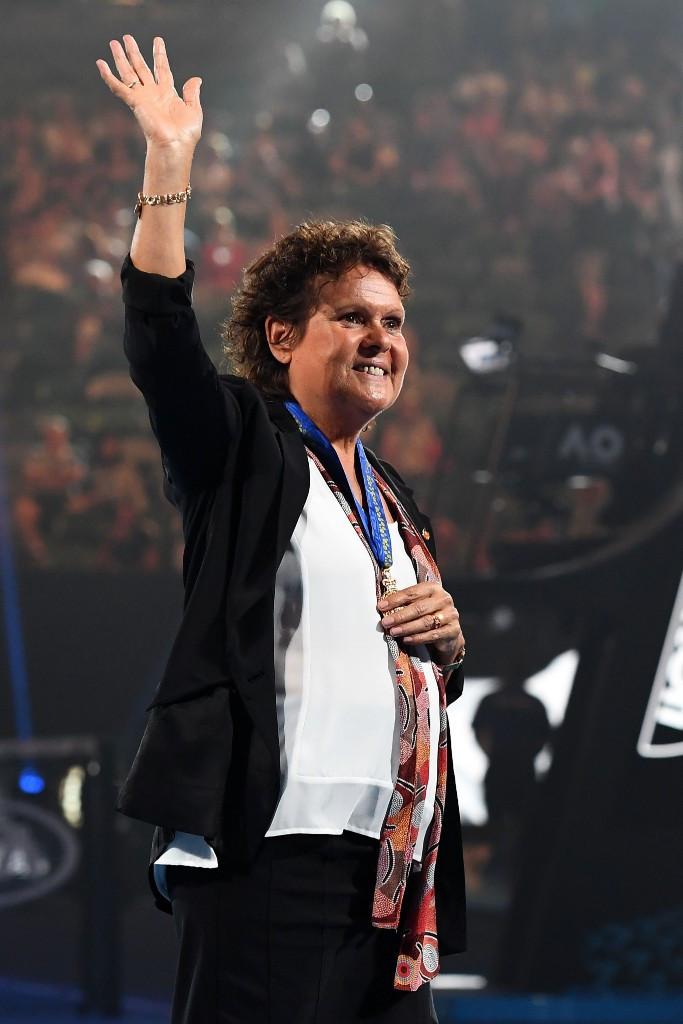 The International Tennis Federation (ITF) has announced that Evonne Goolagong Cawley will receive its highest accolade, the Philippe Chatrier Award, for her contributions to the sport in both her "outstanding on-court career and dedicated public service after it".

The Australian will be presented with the award at the 2018 ITF World Champions Dinner, which is scheduled to take place at Paris' Pavillon Cambon Capucines on June 5.

The Philippe Chatrier Award, named after the former ITF President, was introduced in 1996 and is awarded each year for outstanding contributions to tennis.

Billie Jean King, John McEnroe, Martina Navratilova, the All England Club, and 2017 winners Sergio Casal and Emilio Sánchez, are among the former recipients.

Goolagong Cawley burst on to the international stage in 1971 when she won the singles titles at the French Open and Wimbledon while still only 19 years of age.

Lifting the trophy at the All England Club, where she defeated compatriot Margaret Court in the final, was the fulfilment of a childhood dream and established her at the very top of the burgeoning women’s game.

After her early success in Paris and London, she won the Australian Open four times between 1974 and 1977, and captured Wimbledon again in 1980.

Representing her country, Goolagong Cawley was part of three of Australia’s Fed Cup-winning teams in 1971, 1973 and 1974.

After retiring in 1983 with 92 singles titles, Goolagong Cawley began to learn more about her Aboriginal heritage and, having spent time living in Florida, moved back to Australia in 1991 with her family.

Since returning to her homeland, Goolagong Cawley has worked with Tennis Australia to increase female participation in tennis in the country, and for more than two decades has acted in many capacities as an ambassador, advocate and role model for young indigenous Australians.

For the last 12 years she has run the Goolagong National Development Camp, which uses tennis to promote better health, education and employment for young indigenous people.

In 2012, she became chairperson of the Evonne Goolagong Foundation and with Federal Government support set up the Dream, Believe, Learn, Achieve programme, giving more indigenous children access to tennis through its "come and try" days which run throughout Australia and provide a route for the best to attend state development camps.

"The ITF is delighted to recognise Evonne Goolagong Cawley’s exceptional achievements as a player and the lasting legacy she has left for so many people in the years since," ITF President David Haggerty said.

"Not only is she a legendary seven-time Grand Slam singles winner, but she is also a champion of diversity who has worked tirelessly in her home country to improve the lives of many through the sport we all love."

In January, Goolagong Cawley was made a Companion in the Order of Australia in the Australia Day honours list.