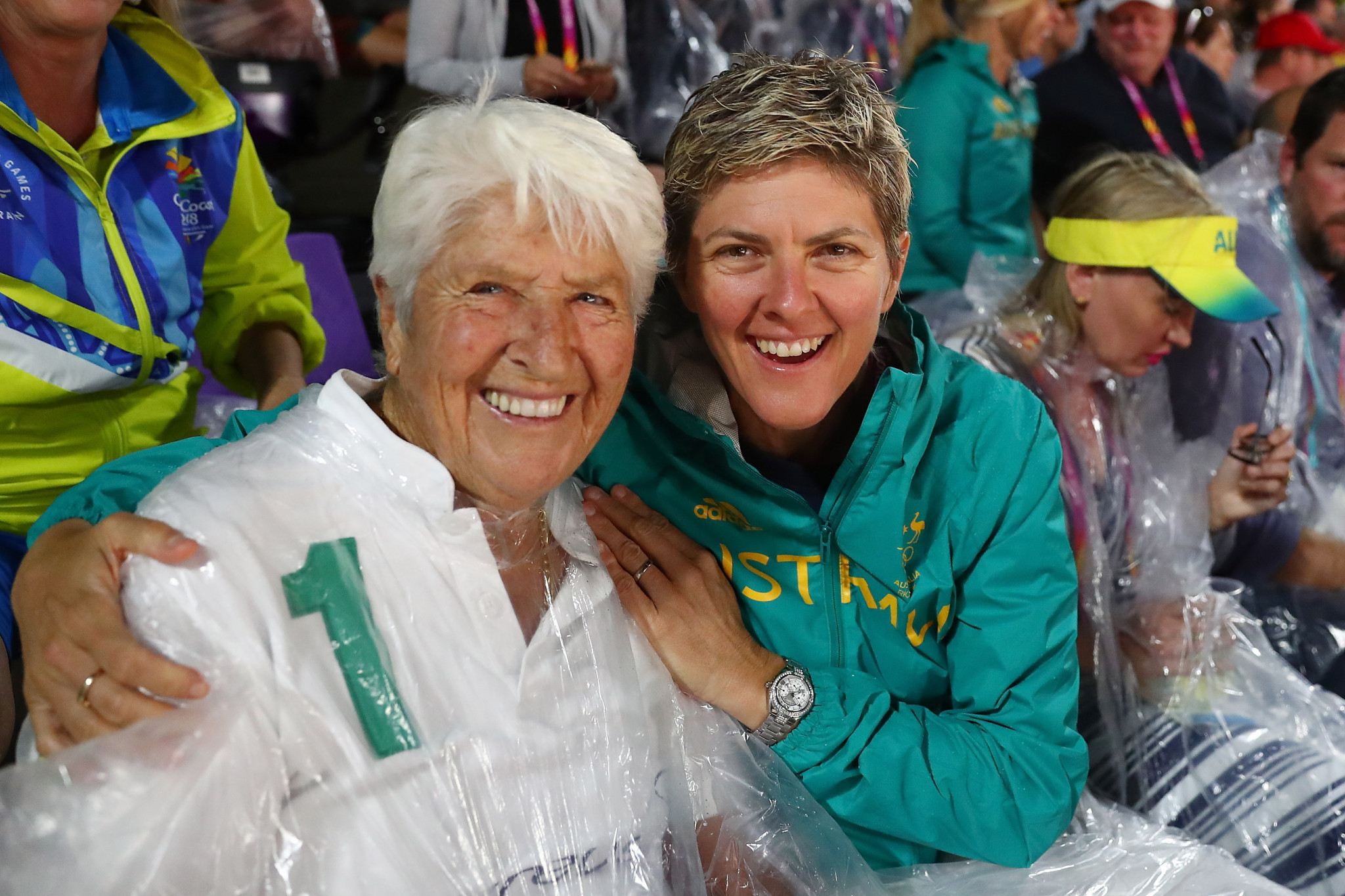 Olympic swimming great Dawn Fraser and Paralympic champion Kurt Fearnley are among Oceania’s sporting stars to have been included in the Queen's birthday honours.

Four-time Olympic swimming gold medallist Fraser was awarded a Companion of the Order of Australia in the honours list.

The 80-year-old featured as part of the Gold Coast 2018 Baton Relay earlier this year, prior to the Commonwealth Games in the Australian city.

Fearnley, who was both an ambassador and gold medallist at the Games, was appointed as an Officer of the Order of Australia.

The three-time Paralympic champion was recognised for his service to people with a disability, as a supporter of, and fundraiser for, indigenous athletics and charitable organisations, and as a Paralympic athlete.

Brownlee was named a Member of the Order of Australia following her service to sports administration, to women as an advocate for greater participation in sport, and to the Olympic Movement.

Among Brownlee’s sporting posts are her spot on the International Olympic Committee Commission for Olympic Education, the AOC Executive Board, a director of the Australian Olympic Foundation and a life member of the AOC.

AOC President John Coates paid tribute to the Australian trio for their achievements, stating they were well deserved honours.

"Dawn has done so much more than her four Olympic gold medals and three silver, as remarkable as those achievements were," he said.

"She has been a team ambassador and team mentor to so many young swimmers and other athletes coming through and she’s had so many important roles in the community, she's just a great Australian.

"I want to congratulate all those Olympians and those who have provided great service to the Olympic Movement in Australia in a variety of ways.

"I would also like to congratulate Kurt Fearnley AO who has been such a mighty ambassador for the Paralympic Movement and a champion athlete.

"For more than 50 years Helen has been a dedicated volunteer to the sport of canoeing as a competitor volunteer, administrator, judge and is the first woman to be elected to the Executive Board of the AOC.

"In 2015 she was also inducted into the Australian Sports Hall of Fame.

"To this date Helen continues to devote herself to sport as an administrator at every level, she holds multiple significant posts within the world of canoeing, a sport to which she has devoted herself over a lifetime."

PNZ chief executive Allan was named an Officer of the New Zealand Order of Merit in recognition of her services to Paralympic sport.

PNZ state that Allan, who has served in the role for 12 years, is known throughout the sporting sector both nationally and internationally for her strong leadership, passionate advocacy for diversity and inclusion and her commitment to Para-athletes and the growth of the Paralympic Movement.

"I am delighted to receive such a wonderful honour," Allan said.

"An increasing number of national sports organisations are taking responsibility of Para-sport within their sport to enable all athletes, regardless as to whether they have a disability or not to participate within that sport.

"There are many more people that have contributed to an increased profile of Paralympic sport and no more importantly than our Paralympians and Para-athletes that continue to inspire all New Zealanders through their sporting performance."

Andrew Nicholson, a three-time Olympic medallist in equestrian, was also given the same honour marking his contribution to the sport.

Nicholson has competed at six Olympic Games and is a three-time World Championships medallist.

Fa'amausili has been part of New Zealand’s squad for five Rugby World Cups, with the team emerging victorious at four editions.

Hewitt has been a multiple World Championship and Commonwealth Games medallist, with the 36-year-old having recently clinched bronze at Gold Coast 2018.

Kirsten Hellier, the former coach of New Zealand shot put star Valerie Adams, and Tracey Fear were recognised for their services to athletics and netball respectively.