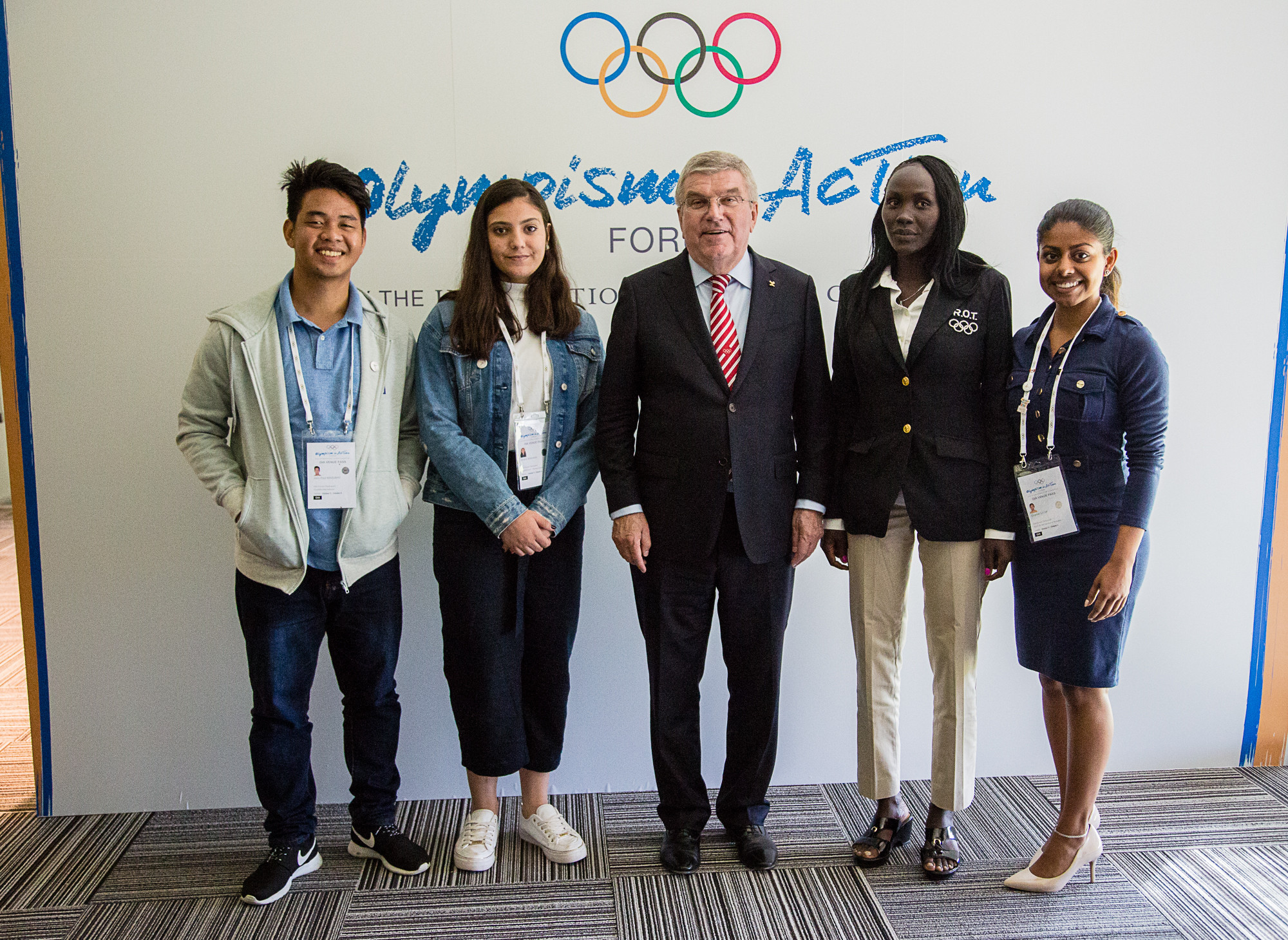 The scheme, launched here to coincide with the Summer Youth Olympic Games, aims to prepare athletes and young leaders in sport to "Win in Life" and inspire their communities through the power of their example.

The programme has been launched with the support of International Sports Promotion Society (ISPS), a Japanese non-profit organisation founded by religious leader and a businessman Haruhisa Handa.

It will see four young leaders from South Sudan, Canada, Philippines and Israel embark on, what it is claimed will be a, "transformational one-year journey under the mentorship of four distinguished sport and business "champions".

Others include kick-boxer Chantal Sathi, a Canadian of Sri Lankan Heritage, football player and youth leader John Paul Masubay from the Philippines and Shahid Bishara, a 15-year-old female squash player who lives with her family in an Arab town in Israel.

"Young people are the future of our Olympic Movement and this inspirational group of young leaders should give us all confidence for tomorrow," Bach said after meeting them at the Olympism in Action Forum here today.

"I’m so pleased that so many senior figures in sport can help them on their way."

The group will be mentored by a panel including Prince Feisal Al Hussein, an IOC member and President of Jordan Olympic Committee, and Canadian Victor Montagliani, President of the Confederation of North, Central American and Caribbean Association Football and a vice-president of FIFA.

Renata Simril, President and chief executive of LA84 Foundation, a private, non-profit institution created after the 1984 Olympic Games, and Jon Tibbs, the founder and chairman of international relations firm JTA, will also help mentor the youngsters.

The inaugural group of mentees will become the inaugural Sport at the Service of Humanity Global Youth ambassadors.

Every year, new athletes and young leaders in sport will be selected as mentees and carry the Sport at the Service of Humanity message to new parts of the world, organisers claimed.

"We are very proud to be part of the Youth Mentoring Program that aims to cultivate and nurture young athletes and sports leaders who embody the values and principles shared by ISPS and SSH," Handa said.

"I am hugely impressed by the caliber and enthusiasm of the young mentees and very grateful that people of the stature and reputation of the mentors are willing to share their knowledge, experience and time with the mentees.

"We look forward to working with SSH to change the lives of young people."