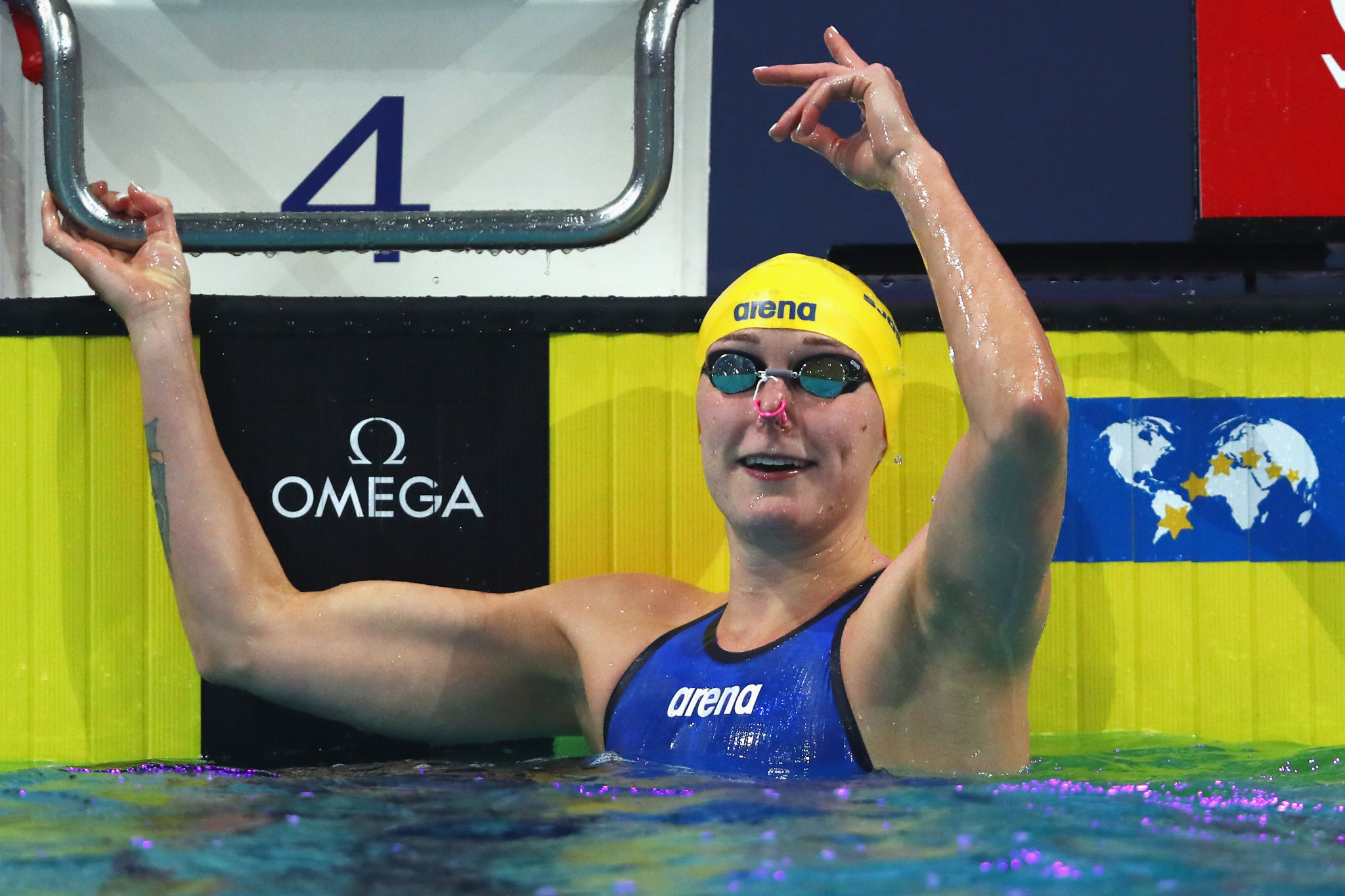 Sweden's swimming sensation Sarah Sjostrom picked up another two golds and broke a World Cup record on the final day of the International Swimming Federation (FINA) World Cup in Eindhoven.

The multi-world record holder triumphed in both the 100 metres butterfly and the 100m freestyle at the Pieter van den Hoogenband zwemstadion, finishing the former in a record time of 54.91 seconds.

That time saw her take the top prize ahead of Kelsi Dahlia from the United States and Tufei Zhang from China.

The 25-year-old's second gold came as she beat two Dutch swimmers, Ranomi Kromowidjojo and Femke Heemskerk, who finished in 51.42 and 51.73.

Elsewhere on the day, Japan's Daiya Seto followed up his victory in the men's 200m medley yesterday with a win in the 400m medley today.

The world champion in the event took first prize in The Netherlands with a time of 3min 57.25sec over Hungary's David Verraszto and Maksym Shemberey, who finished way behind, by six and nine seconds respectively.

China's Jianjiahe Wang, who won gold in the women's 1,500m at the Asian Games in August, triumphed today in the 800m freestyle in 8:03.86 ahead of Leah Smith of the US and Russia's Anna Egorova.

The Russians then claimed another bronze in the men's 50m butterfly, thanks to Vladimir Morozov.

He finished in 22.42 behind Brazil's Nicholas Santos, who took gold in 22.08 and South Africa's swimming icon Chad le Clos, who came second by just 100th of a second.

Kirill Prigoda won Russia's first gold of the day when he took the 200m breaststroke title in 2:01.59.

He finished ahead of his compatriot Anton Chupkov and Japan's medley specialist Daiya Seto.

She claimed that win ahead of Russia's Olympic silver medallist Yuliya Efimova and Molly Hannis from the US.

Katinka Hosszu, meanwhile, continued her dominance of the medleys by winning the 200m race in 2:05.06 for Hungary.