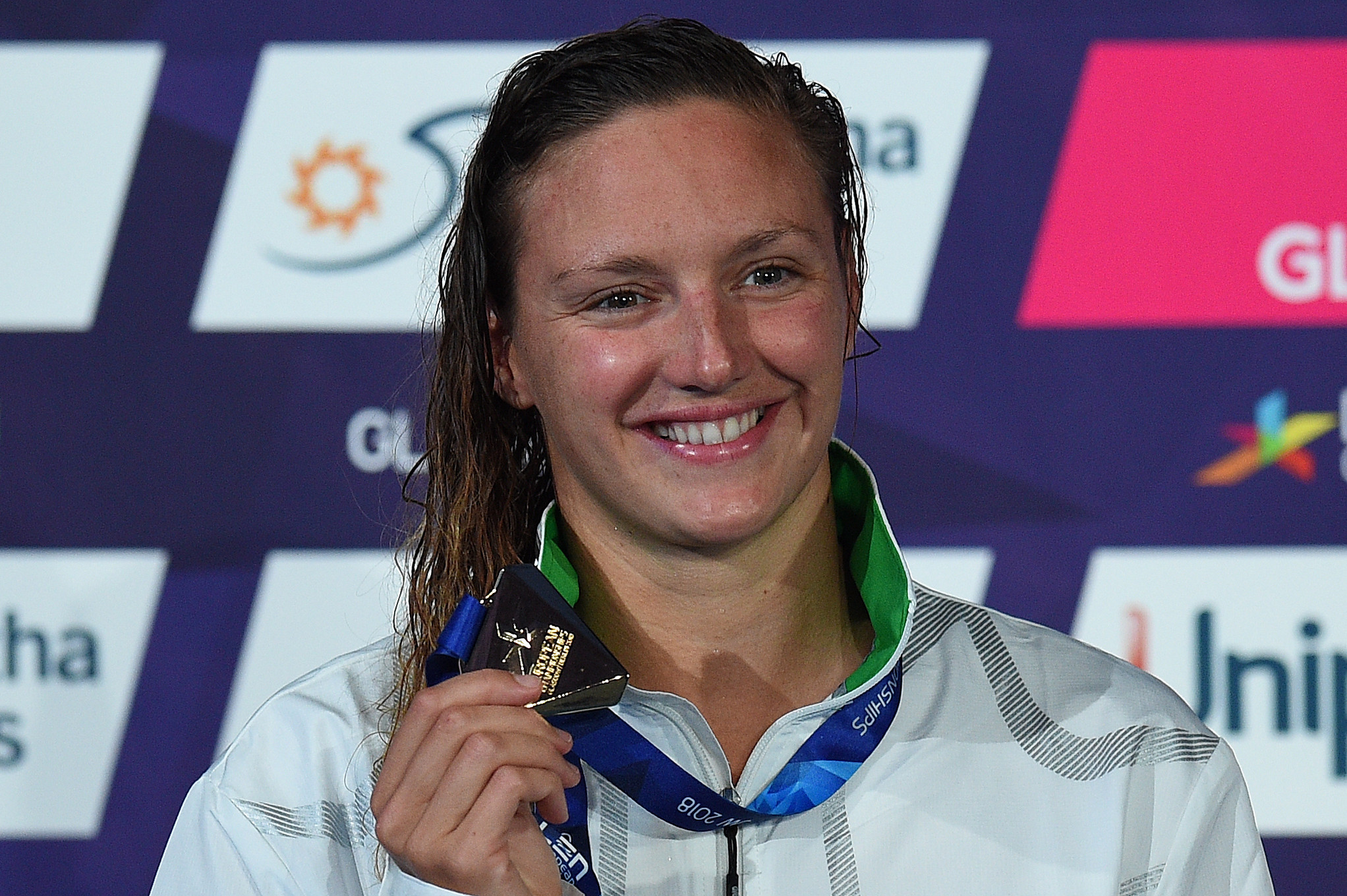 Katinka Hosszú of Hungary won three gold medals as Sarah Sjöström picked up two and an International Swimming Federation World Cup record at the latest stop on the circuit in Doha.

The formidable Hungarian then continued her golden run of form in the women’s 200m backstroke, touching the wall in 2:11.00 to take the victory ahead of Dutch swimmer Kira Toussaint.

Hosszú third and final triumph of the evening came in the women’s 200m medley as she defeated Russia’s Yuliya Efimova and Sishi Zhang of China, silver and bronze medallists respectively, with a time of 2:11.57.

The Hungarian also added a bronze to her medal haul as she finished third in the women’s 50m breaststroke.

It was a Russian one-two as Efimova took gold in 30.43secs, with Vitalina Simonova taking silver.

For Sjöström, victories came in the 100m butterfly and 100m freestyle races.

The Swedish swimmer, a multiple world champion, took gold ahead of Belgian Kimberly Buys in the butterfly event in 56.46 - a World Cup record.

Buys finished in 58.23 for the silver, with Ranomi Kromowidjojo of the Netherlands earning bronze.

In the women’s 100m freestyle, Sjöström touched the wall in 53.13 to secure another victory.

Kromowidjojo upgraded her bronze medal in the butterfly to a silver in this event, with fellow Dutch swimmer Femke Heemskerk in bronze.

In the men’s events, Hungary’s David Verraszto set a World Cup record of 4:13.44 to win the 400m individual medley.

Another World Cup record was set in the men’s 50m butterfly as Andrii Govorov clocked 22.82.

The Ukrainian claimed gold ahead of American Michael Andrew in silver and South African Ryan Coetzee in bronze.

Andrew took silver again in the 100m backstroke as Mitchell Larkin of Australia earned gold in 53.68.

His time of 2:08.77 put him ahead of Dutch swimmer Arno Kamminga and Russian compatriot Kirill Prigoda.

The United States triumphed in the men’s 200m freestyle as Blake Pieroni posted a time of 1:47.20.

Kyle Stolk of the Netherlands took silver as Belgian Lorenz Weiremans finished with the bronze.