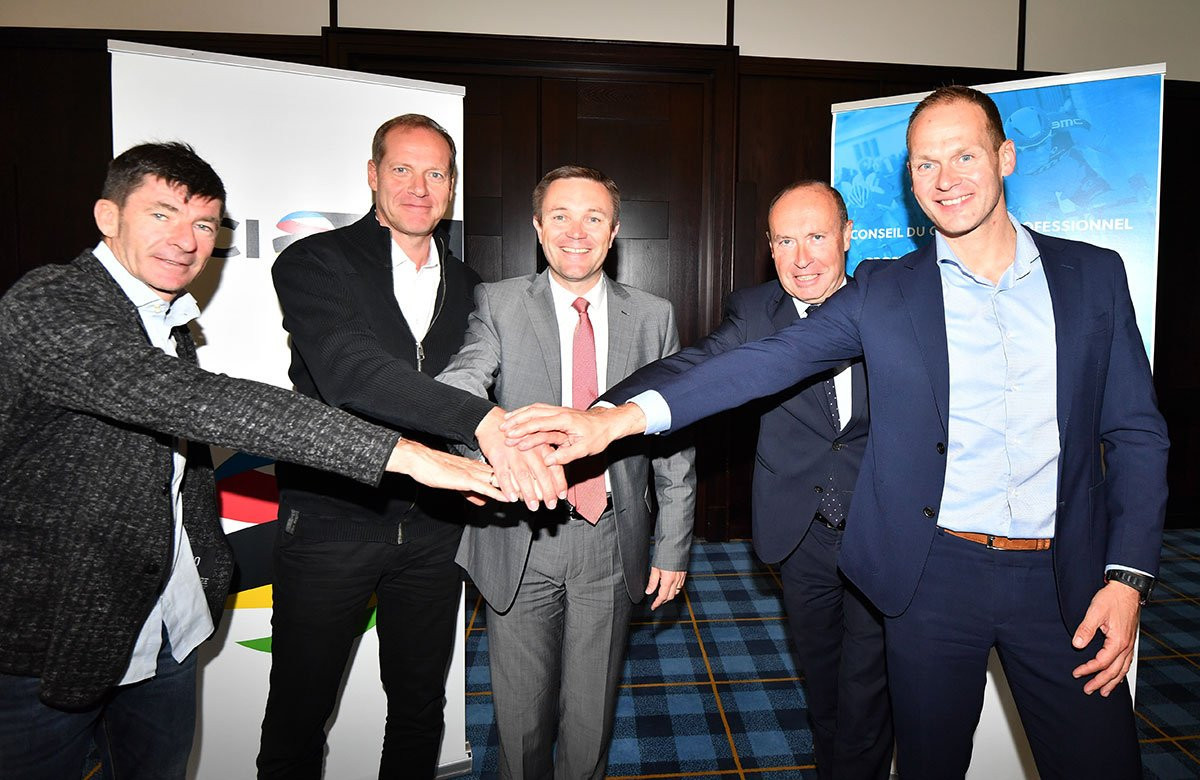 International Cycling Union (UCI) President David Lappartient has announced that all of the sport’s stakeholders - the UCI, teams, riders and race organisers - have unanimously approved reform to the structure of the men's WorldTour for the 2020 season and beyond.

The news comes after a meeting of the UCI Management Committee during the UCI Road World Championships in Innsbruck.

It is understood that the team representatives, International Association of Professional Cycling Teams (AIGCP), are “broadly happy” with the new deal after a series of meetings with UCI officials over the past 48 hours, although “the devil will be in the detail.”

As revealed by insidethegames on Saturday the UCI has back-tracked on plans to reduce the number of WorldTour teams from 18 to 15  and increased the minimum number of team riders from 23 to between 27 and 30.

The increase will please the International Association of Professional Cyclists (CPA), who had endorsed larger squad sizes.

It is understood that there may have been some give on the UCI side over the plan to make it mandatory for teams  to ride at every WorldTour event in the calendar in order to retain their liicences.

But a greater racing committment appears to have remained in the new format – hence the rise in the minimum number of team riders.

The new programme of events will include the three Grand Tours, stage races and a series of one-day races that will be bundled together and called the UCI Classics Series.

A new UCI World Ranking for teams will be calculated on the results of the 10 best riders of each team across all races on the UCI international calendar.

The WorldTour licences will last three years, with an open system allowing new teams to apply for one of the 18 WorldTour spots.

The UCI has also ruled that the two best-ranked UCI ProTeams from the new look ProSeries will have the right to participate in the Grand Tours.

This would reduce the number of wildcard entries distributed by organisers.

Lappartient was the first to reveal the reforms on social media, posting a photo of himself with the other stakeholder representatives.

"I am very happy that all together, we have reached a favourable consensus for all stakeholders of men's professional road cycling: teams, riders, organisers, sponsors and fans alike," Lappartient said.

"We now have a solid basis for continuing the development of our sport so that it becomes one of the major professional sports in the world, THE sport of the 21st century.

"I warmly thank everyone involved, Iwan Spekenbrink, President AIGCP, Gianni Bugno, President of the CPA, and Christian Prudhomme, President of the International Association of Cycling Race Organisers, for jointly carrying through this vision of professional cycling and overcoming potential differences. Together, we are stronger."

The UCI admitted that some details of the WorldTour reforms are still to be finalised but said they will be done during "the continuation of constructive discussions between stakeholders with a view to their approval by the PCC and the UCI Management Committee."

The UCI press release confirming the new WorldTour suggested the new structure will "encourage new partners to come on board, improve cycling's global visibility and support its development at all levels."