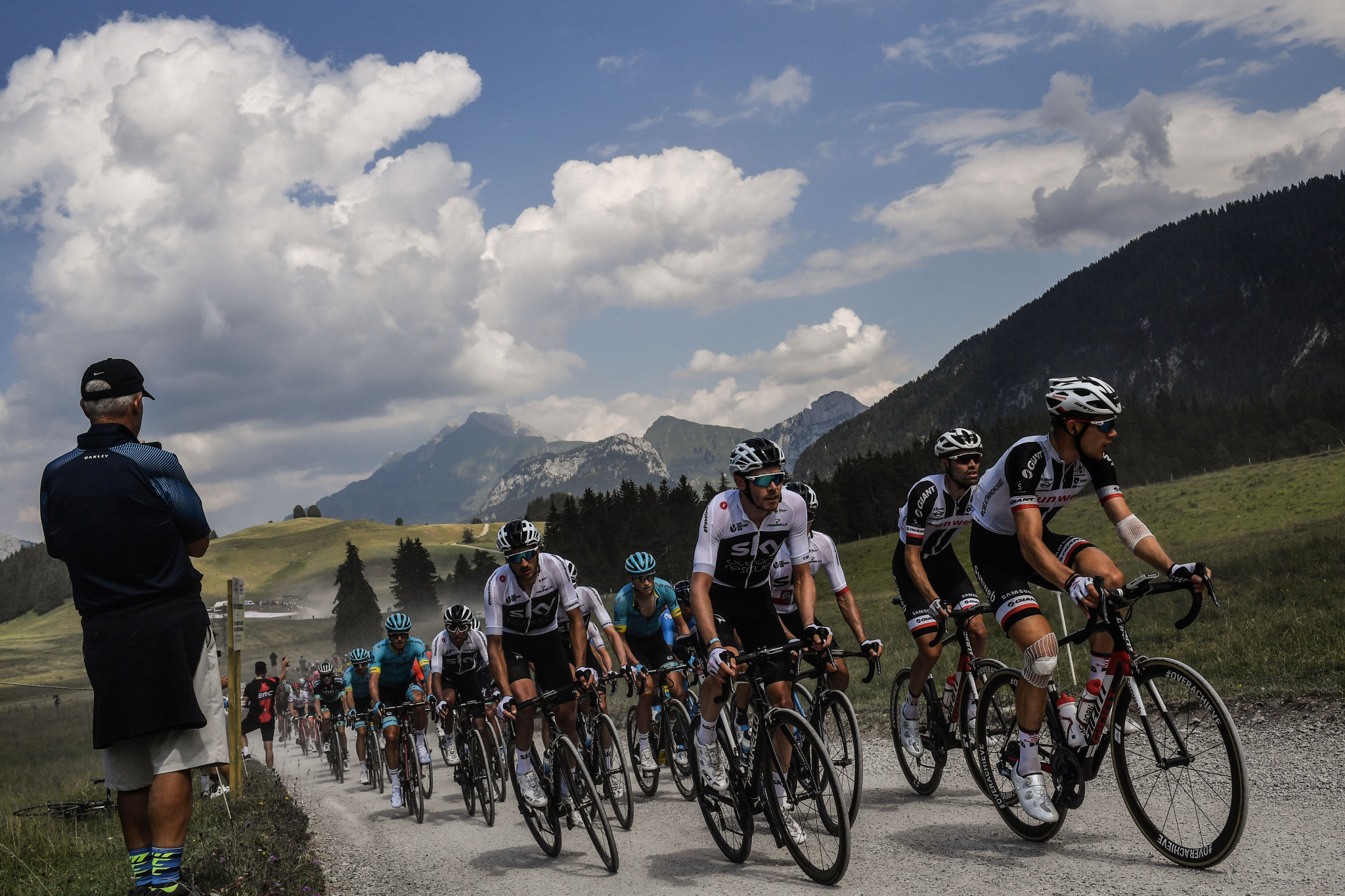 Relations between the International Cycling Federation (UCI) and the cycling team’s organisation AIGCP are at crisis point ahead of Monday’s announcement of major reform plans – with the teams claiming they will not accept the proposals as they stand.

“The teams are strongly united, and we have made this very clear to the UCI President, David Lappartient.

“This is really the last chance.

“Unless there are some changes to these proposals, we will not accept them.”

An AIGCP spokesman added: “The UCI is robbing the teams of their commercial rights while at the same time increasing the financial burden on them - it's just not sustainable.”

A meeting in Madrid on September 12 between the UCI, the teams and organisers appeared to have produced an atmosphere of accord as the reforms proposed for next year were discussed.

Plugge felt Lappartient had taken on board the teams’ desire to create a new economic model for cycling based on the one that exists in other sports such as football, golf and tennis, where benefits are widely shared.

The AIGCP had also underlined its commitment to maintaining the current size and number of WorldTour teams following speculation by Lappartient that these might be reduced, something he believed could produce more exciting racing.

But a phone update from Lappartient earlier this week on the way the plans were shaping up produced a significant change of mood.

The plans are also understood to involve an increase in the minimum number of riders in each WorldTour team squad, from 23 to 27.

But the key point about the teams’ wish for a new economic model, which would mean bundling rights being shared by all stakeholders, does not appear to have been addressed.

And the sticking point for the teams is the proposal to make it mandatory for teams to ride at every UCI race in order to qualify for their licence.

Plugge, who is also Director for the UCI World Tour’s Dutch-based Team LottoNL-Jumbo, believes this would prove “a disaster” for teams and riders in the medium-to-long term.

“Making it mandatory to compete in all races in order to earn a licence doesn’t sound like a big change, but it is,” he said.

“If we have to compete at all races, it means we have to have more riders, and we need to spend more money overall.

“Also it weakens us economically, because if you are obligated to race at every meeting, you lose any bargaining power to be there.

“And critically, the other point about making it mandatory for teams to race at events is that WorldTour teams will be taking up places from Pro Continental teams, who will then start to be in danger.

“This is really not good.

“If this went ahead, you would see in around two or three years’ time that it would be a disaster for the riders.

“It feels like we have made our case about the need for growth and sustainability in the sport to the UCI in a really positive meeting and they have gone away and done the opposite.

“Instead of the teams getting a share of the wealth that the sport generates, the proposals are to put more of an economic burden on them.

“We had a discussion with M Lappartient by phone on Wednesday, and he said he would be sending us a written version of the proposals, but we have not yet received that so maybe there is still a little bit of hope."

On the subject of the floated reductions in team size and numbers being abandoned, Plugge added: “That’s not a victory for us.

“That is just maintaining the status quo - we have been talking about much more than that.

“At the moment no money coming from the sport goes to teams and riders.

“We bring in the value, and nothing is coming to us in return.

“The UCI is supposed to be the custodian of the sport.”

The Amaury Sport Organisation (ASO), organisers of the Tour de France and Vuelta, are reported to make around €60million ($70million/£54million) profit per year, with the teams claiming that they do not get a share of that.

Lappartient is due to announce his proposed reforms at the UCI’s Professional Cycling Council meeting on Monday in Innsbruck, where the UCI Road World Championships are taking place.

With six of the 12 votes coming from the UCI, and two others from event organisers, the teams are resigned to the fact that they could not vote against the plans in the meeting.

But there is speculation that, should no further alterations be forthcoming from the UCI side, the teams may consider bypassing the UCI and negotiating directly with race organisers next season.

A number of teams are also said to be considering taking the UCI to the Court of Arbitration for Sport if they feel reforms have been forced through.

Meanwhile Plugge is concerned that the riders need to be focusing on this issue rather than concerning themselves with the current campaigns to elect a new president for the professional cyclists' union, the Cyclistes Professionnels Associés (CPA).

"The riders are fighting amongst themselves at the moment for who will be elected in their union when there is something way bigger than that going on," Plugge added.

"I would really call on the CPA members to halt what they are doing for a week and help us fight over these vital issues."